Senior night before the game 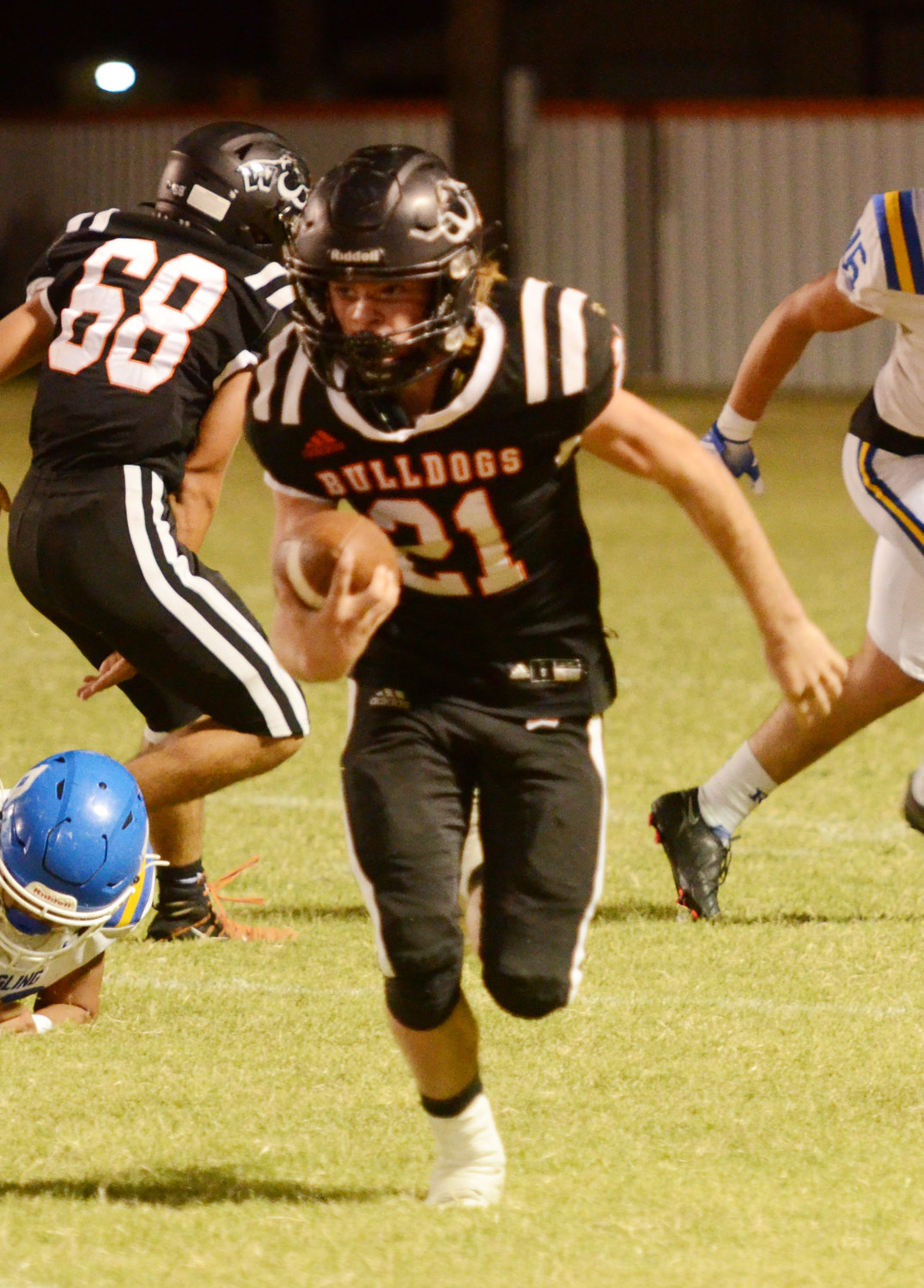 The game was moved from Friday to Thursday because of the chance of severe weather.

Senior Night festivities will occur prior to the game at 6:30 p.m.

The Savages (7-2) are led by their talented quarterback, Caden Knighten.

“He’s as good as we’ve seen, for sure,” said Wayne head coach Brandon Sharp said of the sophomore signal caller. “He’s the real deal and they’re talented across the board.”

Wynnewood runs a split flex offense and senior running back Derrick Fields has given defenses problems all season.

“Fields can go and the other Fields kid is a 6’4” wide receiver who is just a match up nightmare.”

Defensively the Savages operate out of a 3-4 with two big tackles anchoring the line and a quick nose guard who can disrupt offenses when he slants.

“The front seven is senior dominated,” Sharp said. “It will be a big challenge and I know we’ll play hard and we’ll battle.”

Senior Kaleb Madden threw a pass to Rhett Kennedy for Wayne’s only touchdown. Madden caught a ball on a slant route for a successful two-point conversion after the score.

Madden finished the night with eight catches for 109 yards.

“He did a good job with the ball in his hands,” Sharp said.

Signal caller Jaxon Dill was 10-16 for 141 yards. He threw two interceptions in the game.

“One of those the kid made a great play,” Sharp said. “They other one Jaxon put a little too much air under it and the safety got to it. Jaxon saw what he did on film. He’s continued to get better all season.”

“I was really proud of these guys and the way they competed,” Sharp said. “They went out and battled. A lot of the young guys have gotten a lot of experience with the injuries we’ve had and the silver lining is next year we’ll have a lot of those guys who have been in there before.”

Sharp nominated Madden for Heart of Oklahoma Offensive Player of the Week.

“He quietly has between 700 and 800 yards receiving this season,” Sharp said.