Wayne guts out the win 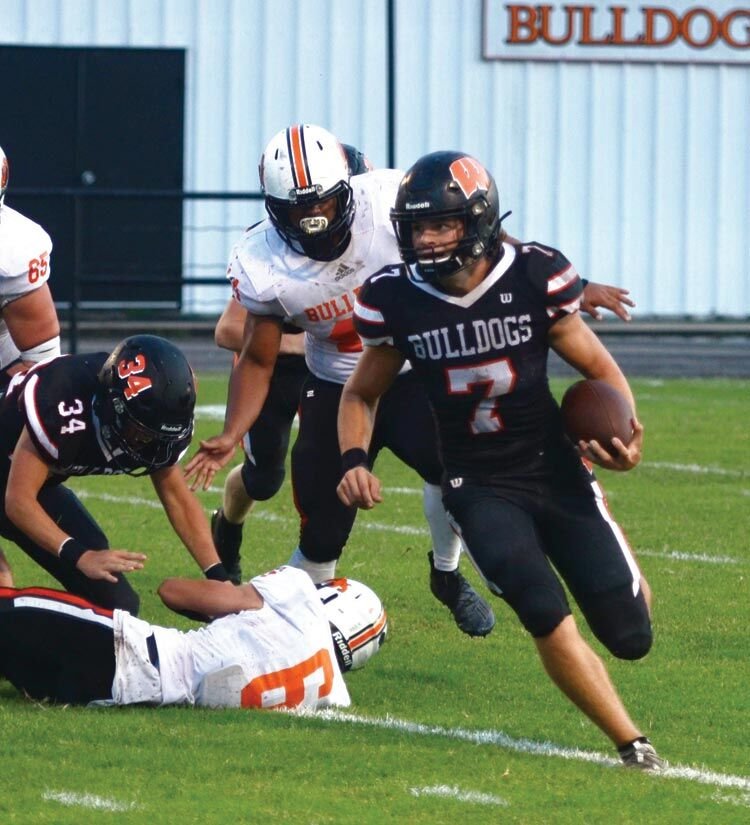 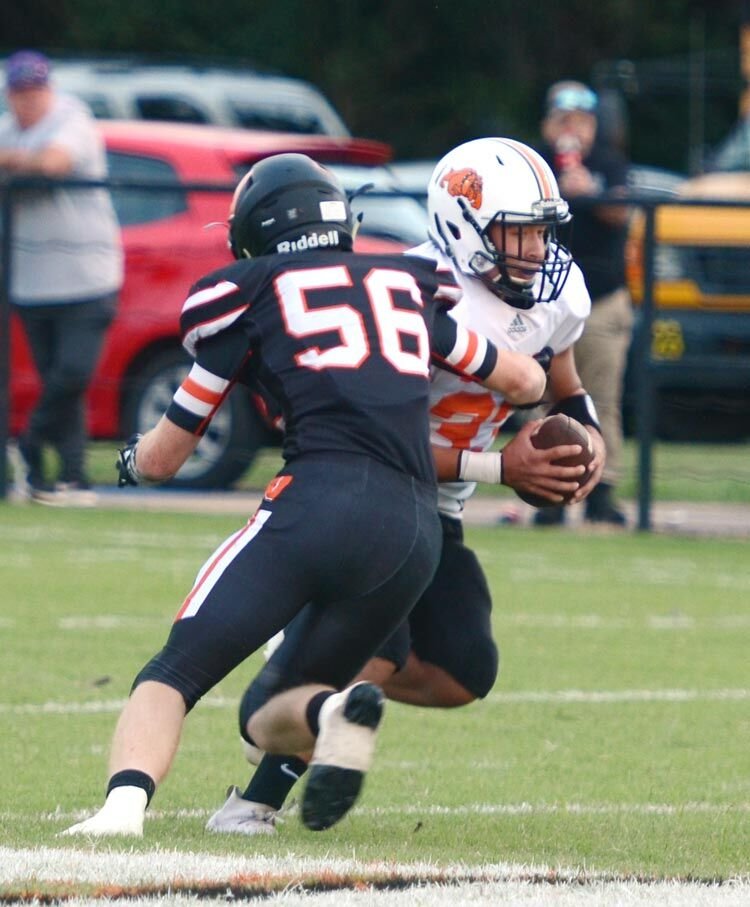 And after the dust had settled on a bruising back and forth game Wayne came up with a 22-21 victory of Lexington (2A) at home.

“Our defense played pretty good besides a couple of pass plays,” Wayne Head Coach Brandon Sharp said. “We did a good job holding down their offense.”

The Wayne defense gave up 227 total yards to Lexington, but allowed pass plays of 57 and 73 yards. Wayne only forfeited 38 yards on the ground.

“We execute our game plan and stopped the run first,” Sharp said. “We can’t allow the big pass plays and knew we couldn’t compete with them in a track meet. The defense was stingy except for the two plays.”

Lexington’s only other touchdown, aside from the two deep passes, was an 85-yard kickoff return in the 1st quarter.

Wayne’s defense pitched a shutout in the second half thanks in part to aggressive play calling by defensive coordinator Sammy Sharp.

Wayne got sacks out of Brannon Lewelling (22), Cody Davis and Ryan Redus.

Kolton Miller had nine tackles after moving mid-week to linebacker. Miller was responsible for an interception too.

Ethan Mullins registered eight tackles and sealed the Wayne victory with a clinching interception at the end of the game.

“I love this team and I love their grit,” Sharp said.

Wayne was down 21-6 late in the second quarter and Lexington had the ball, expecting to score before the half or at least milk out the clock.

But Wayne forced a fumble with under two minutes to play until halftime.

Mullins punched it in from five yards out and capped it with the two point conversion to inject Wayne with a major dose of momentum. It proved to be a pivotal point of the game.

The tandem Mullins and Lewelling were an offensive juggernaut once again.

Mullins rushed the ball 37 times for 212 yards and scored three touchdowns. He was also 2-4 passing for 18 yards.

“They ran well and it’s a good one-two punch with them,” Sharp said. “We’ll find another couple options as we go because right now there are 11 dudes firing at them every play.”

Despite the success of gaining almost 400 yards on ground, the Wayne offense played a sloppy game from a execution and penalty standpoint.

“We had 15 penalties and 11 or 12 of those were on the offensive side of the ball,” Sharp said. “Those kill our offense.”

The coach is optimistic about his team going forward.

“The good thing is this is stuff that we can iron out,” Sharp said. “When we were down 21-6 we could have thrown in the towel but didn’t. We have hard-nosed kids and they fight the whole game.”

Mullins capped the game with a one-yard touchdown run in the fourth quarter and put Wayne up for good when he scored the two-point conversion.

“We had to come up with that two-point conversion,” Sharp confirmed.

Now Wayne will be off a week to work on things before they open District play at Wynnewood next Saturday at 1 p.m. because Wynnewood is having issues with their lighting system.

His nominee for Offensive Lineman of the Week was Ryan Redus. He graded out at 72%.