Wayne gets 4 wins in New Lima

More than 50 hits in six games, no-hitter for Faith Brazell 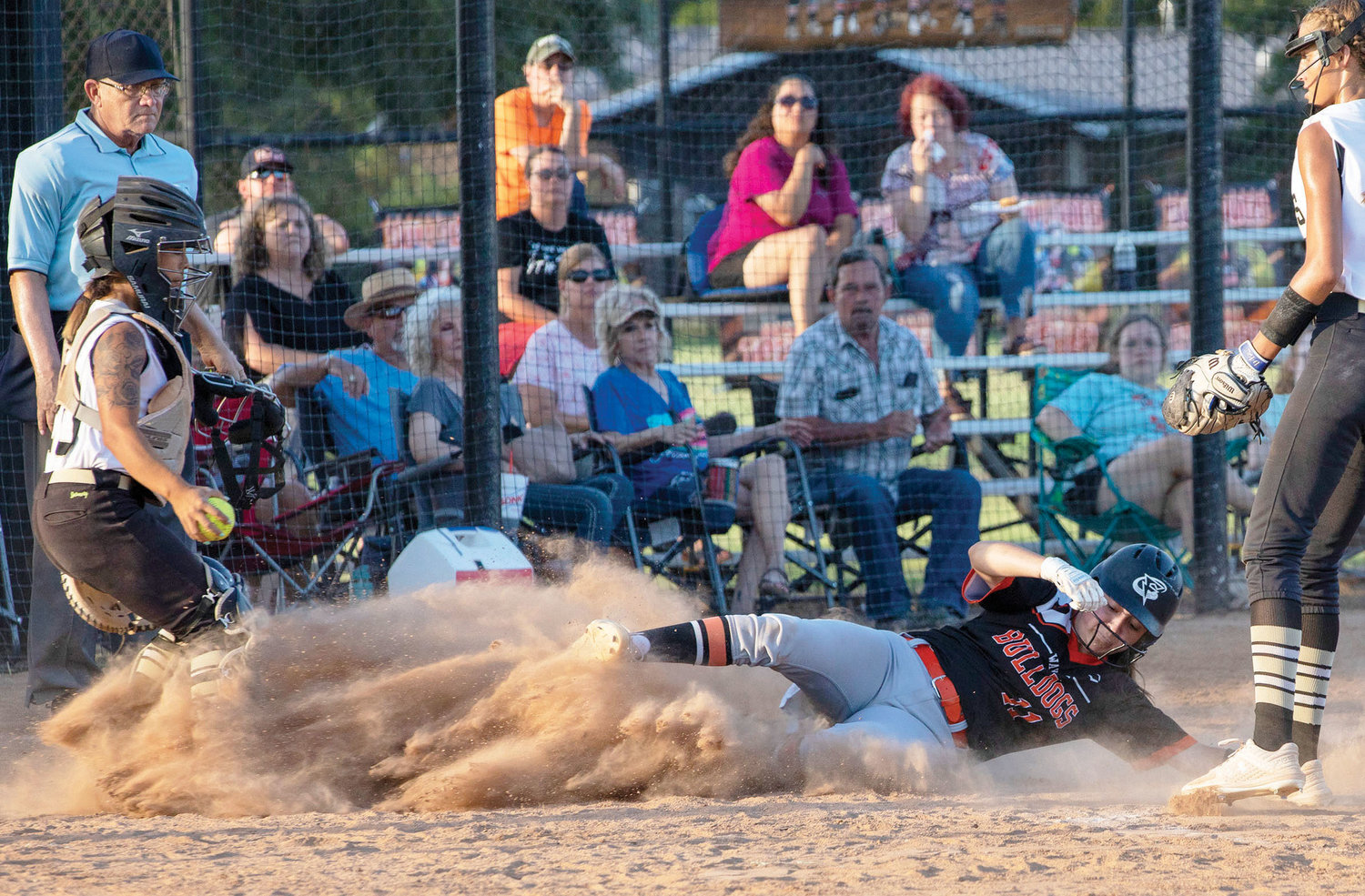 Last Thursday head coach Charles Durrence and his Lady Bulldogs were in New Lima facing Lookeba-Sickles in their first game of the New Lima tournament.

“There were 17 teams in the tournament and we finished fifth or sixth. We played well but could have played better in our losses,” the head coach said.

Wayne finished the tournament with a 10-3 loss to Stuart.

The bright spot in the loss to the Lady Panthers of Lookeba-Sickles was Haylee Durrence’s two hits. Haiden Parker also had an RBI.

The next four games were commanding wins for the Lady Bulldogs.

Wayne beat Macomb 10-0, thanks to a no-hitter from Brazell. She fanned five batters in the game.

The Lady Bulldogs scored three runs in the first inning, four in the second and three more in the fourth.

With 14 hits and 10 RBIs, Wayne cruised to victory. Faith Brazell, Kaylee Madden and Durrence each had three hits while Mayce Trejo added two.

Madden, Brazell and Parker each had multiple ribbies as well.

It was another win for Wayne when they beat Bowlegs 16-0.

Parker was in the circle, allowing just one hit and striking out two.

The Lady Bulldogs also racked up seven hits and 16 RBIs. Trejo, Allison Ryan and Emily Woody had three, Daliyah Fuentes and Madden had two apiece and Brazell, Parker and Durrence each had one.

Trejo, Parker and Madden each had multiple hits in the win.

Brazell was in the circle for the win. She fanned seven batters and gave up two runs on six hits.

The offensive onslaught continued in Wayne’s 12-4 win over Wewoka.

The Lady Tigers made a late push, scoring four runs in the top of the fourth. But, Wayne held them off to get the win.

Once again, the Lady Bulldogs’ bats were red hot with 15 hits and 12 RBIs.

In the final game of the tournament, Wayne fell to Stuart 10-3.

Despite holding a 2-1 lead through one inning of play, Stuart pushed six runs across in the second inning to retake the lead. They added three more in the fourth to solidify their win.

Wayne scored one more run in the third.

The Lady Bulldogs had six hits in the loss, two apiece from Durrence and Fuentes.

Brazell was, once again, in the circle for Wayne. She struck out two and gave up 10  hits.

“We have three straight tough teams this week. We’re still working on things and should have them figured out this week.”

Durrence and his Lady Bulldogs were set to host Velma-Alma and Vanoss Tuesday night.

The team hits the road today Friday for a date with Tupelo.

District pairings are set to be released on Friday as well.