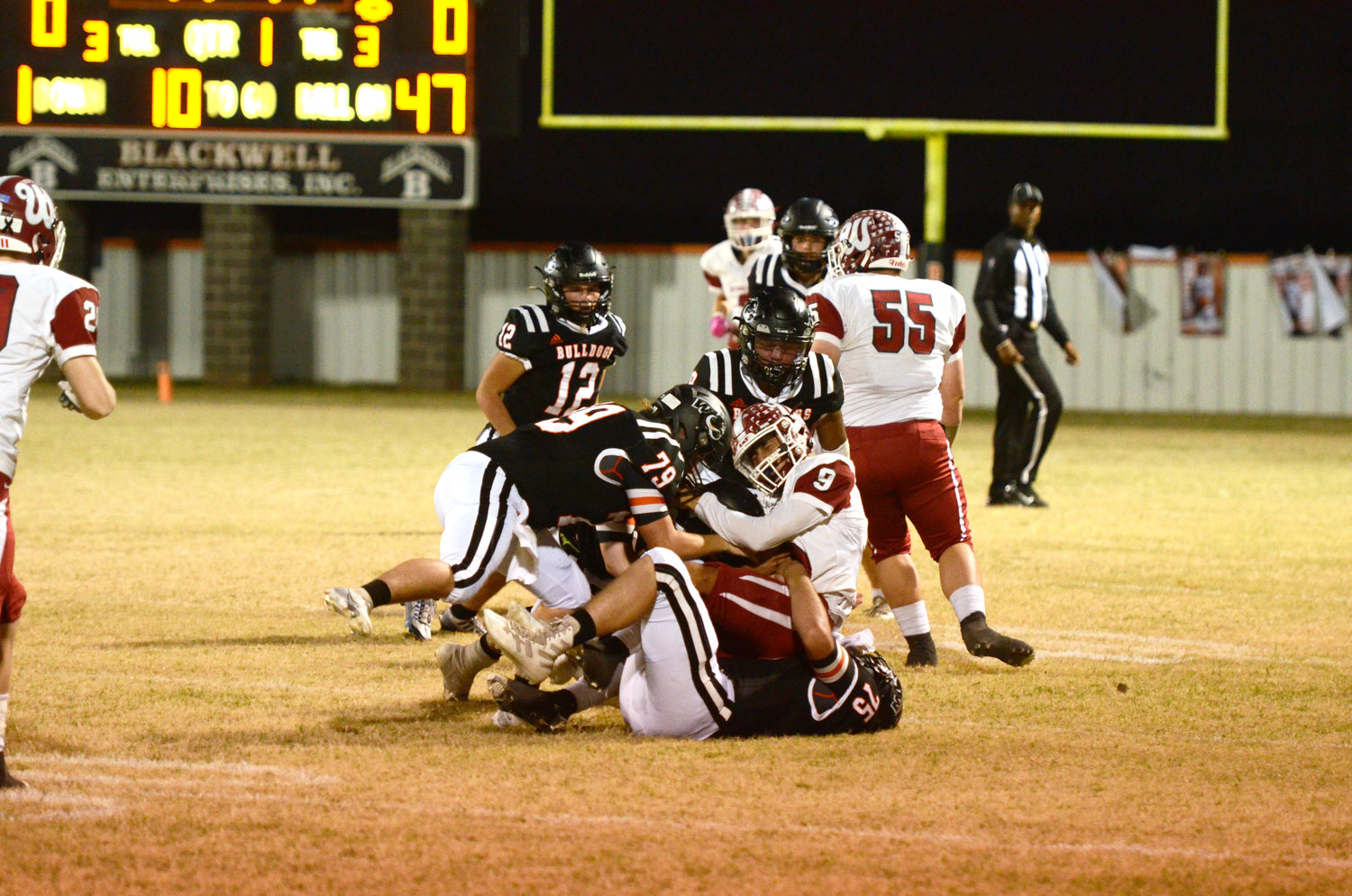 The 2022 Wayne football season came to an end following their 35-6 loss to Wynnewood last Thursday.

It was the final chapter of a season plagued by injuries and lost players as the Bulldogs went 3-7.

But Wayne head coach Brandon Sharp was able to find some positives from the season.

“I was proud of the guys who were out there and fought through the season the way they did,” he said. “They never folded up the tent because they didn’t want to be that kind of team. Sometimes the wins don’t show the character these kids have and I’m proud to be their coach.”

“Lane stepped up this year and started on both sides of the ball,” Sharp noted. “Rhett started all four years for us and those two dudes are definitely going to be missed. Taylen came in and played hard for us and really helped us down the stretch.

“And Kaleb is just a great athlete and did some amazing things for us, from snapping to punting to kicker. He did anything we asked him to do.”

Sharp also noted the injuries and loss of players created a situation for him to develop depth within the program.

“We’ll get better in the future with the young guys we have,” he said. “A lot of young guys played a lot of football for us this year.”