Defense pours it on in resounding win 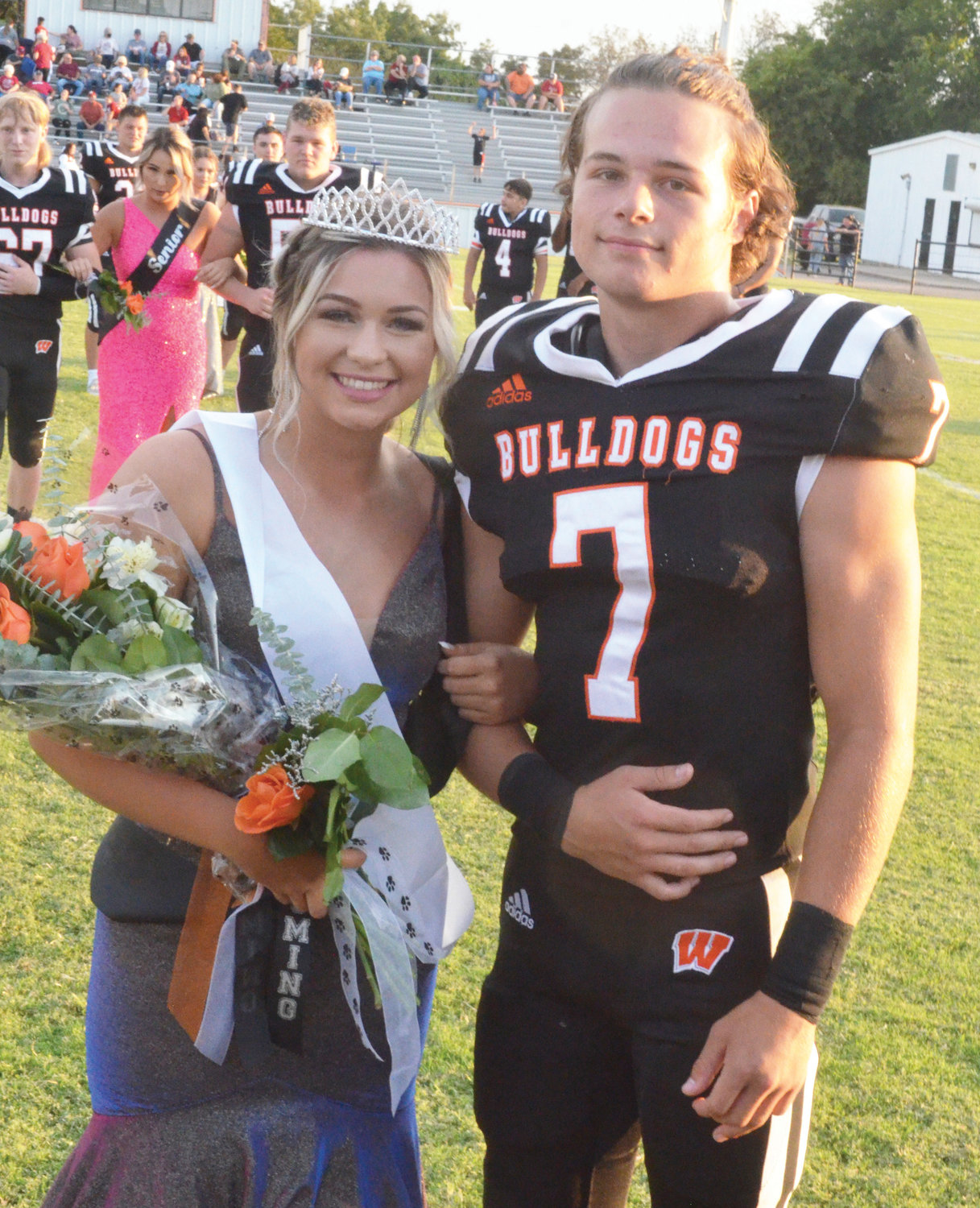 Wayne whipped up on Wynnewood in a 42-7 win Friday night.

They once again relied on stingy defense to keep control of the game. Through four games Wayne’s starting defense has not been scored on.

“The defense has been getting after it and they’re doing a really good job,” said Wayne head coach Brandon Sharp. “They did a great job containing (Wynnewood quarterback Caden Knighten) and shutting him down. He’s a stud already and he’ll be a star.”

Wynnewood finished the game with negative 26 yards rushing and 49 yards passing for 23 yards of total offense.

Their lone score came in the fourth quarter on a 57-yard run by Knighten when the game was well in hand.

“We’ve been able to get out on some teams and make them one dimensional,” Brandon Sharp said. “They’ve done a good job. Rushing yards against us is in the negative for the season and the defensive coaches are doing a good job on that side of the ball. We are having the secondary match up and we’re putting them on islands. The front seven can concentrate on the run and we’re just letting them go.”

Senior linebacker Brannon Lewelling led the team with 10 tackles. He also had a sack.

Kevin Bynum had four tackles and two sacks from his defensive end position.

Cody Davis had two tackles and a sack.

Senior quarterback Ethan Mullins blew the game open on the first play from scrimmage when he took the pigskin 65 yards to the house.

Wayne scored 21 points in the first quarter and was up 35-0 by halftime.

They scored once after intermission.

Junior Kaleb Madden had Wayne’s other touchdown, a 25-yard run in the first quarter.

“When Kaleb gets the ball in his hands he’s explosive,” Sharp said. “He’s a big play guy.”

Freshman Adolfo Vasquez was perfect on all six of his point after attempts.

Mullins finished the night with 230 yards rushing on 15 carries and five touchdowns.

“All of our backs are doing a good job,” Sharp said. “We’re spreading the ball around more and it’s helped the offense.”

As a team, Wayne rushed for 388 yards but Sharp still sees room for improvement.

Mullins broke the school record for rushing, previously held by 2012 graduate Josh Way, on the first play from scrimmage Friday.

He now has 5,401 rushing yards, besting Way’s previous record of 5,199 which was set during Wayne’s State championship run in 2011.

Mullins has racked up the yardage in just 24 career games.

“You see these numbers he puts up every game and you almost get used to it,” Sharp said. “But 230 yards in a game isn’t easy to get.”

The Redskins boast an explosive tailback in No. 21 Caden Moore who Wayne will need to keep bottled up.

“Once he gets to the edge he’ll make you pay,” Sharp said. “We’ll have to play well in the back end to let the front seven focus on No. 21.”

On the other side of the ball, Rush Springs runs a 4-4 defense with good outside linebackers.

“It’s a District game and we’ll have to be focused and get our minds right,” Sharp said. “It’s good having a veteran group with all these seniors. They know what to expect as the season goes on. These guys have played a lot of downs and have seen a lot of football.”

Wayne will be honoring the 2001 State Champion football team before the 7 p.m. kickoff Friday.

Sharp’s nominee for Offensive Lineman of the Week was Cody Davis. He graded out at 75%.

Sharp’s nominee for Defensive Player of the Week was Brannon Lewelling.

The nomination for Defensive Lineman of the Week was Kevin Bynum.