Main break at Canadian and Adams was the culprit 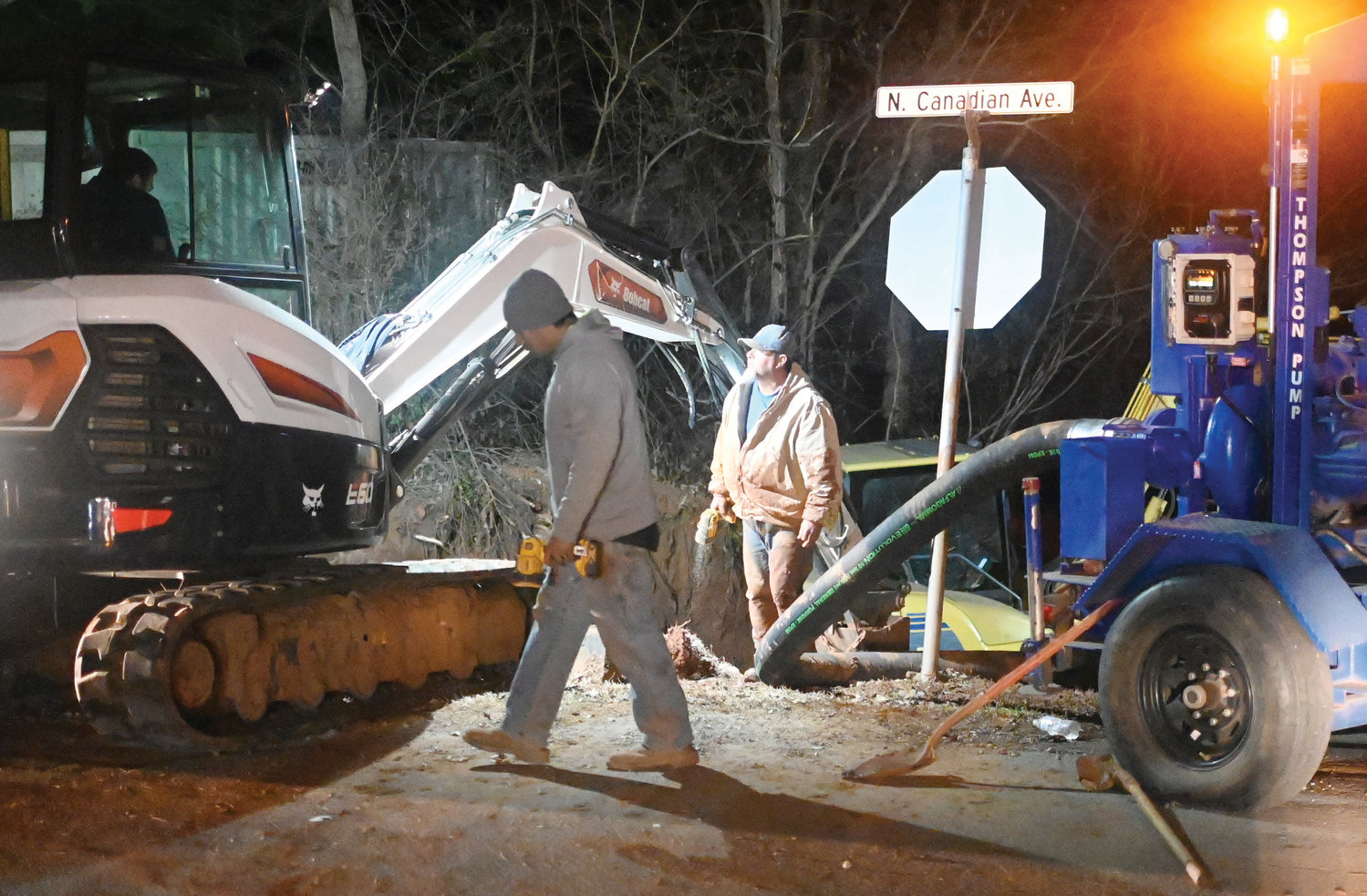 The main water line from the wells in Lexington sustained a major break at the corner of Canadian and Adams January 14 with water service cut off to the entire town of Purcell. Some residents had water as early as 4 a.m. City officials said water pressure was fully restored to most all customers by Sunday afternoon.
John Denny Montgomery
Posted Thursday, January 19, 2023 9:00 am
John D. Montgomery

Thanks to fast and professional work by the City of Purcell Water Department employees, water service was restored in a matter of hours following a major main break at Canadian and Adams last Saturday.

Water Department Superintendent Michael Minor told The Purcell Register first his department had to find out where the break was and then isolate portions of the main for pressure reasons.

Using huge backhoes and a pump city crews dug a hole 30 feet wide by 55 feet long to gain access to the cracked bell joint (like an O ring).

The pipe that cracked was a 12” pipe that transports the water from the Lexington wells.

Minor said the entire town was turned off from 11 p.m. or midnight until around 4 a.m.

“Once we isolated the break we had to drain the water out to be able to fix it,” Minor said.

The city has a contingency plan in case of an emergency such as a fire already in place.

Minor reported one of the big towers on the north end of town has 1.5 million gallons of water. All water towers were available but fortunately there was no other emergency other than the water main break itself.

“If we had an emergency we would have found a water source,” Minor confirmed.

The water department ended up replacing 17 feet of pipe and were basically through doing that by 6:30 a.m. but it was mid-day before they closed up the hole.

“When it’s an emergency you have no choice,” Minor said. “When we do other work that is scheduled we try to do it at night as to not disrupt service to businesses like restaurants.”

Minor said 80 percent of the city had full water service by 10 a.m. but some areas had low pressure that built up over night.

Areas south and west had water service by mid-day to 1 p.m. he said.