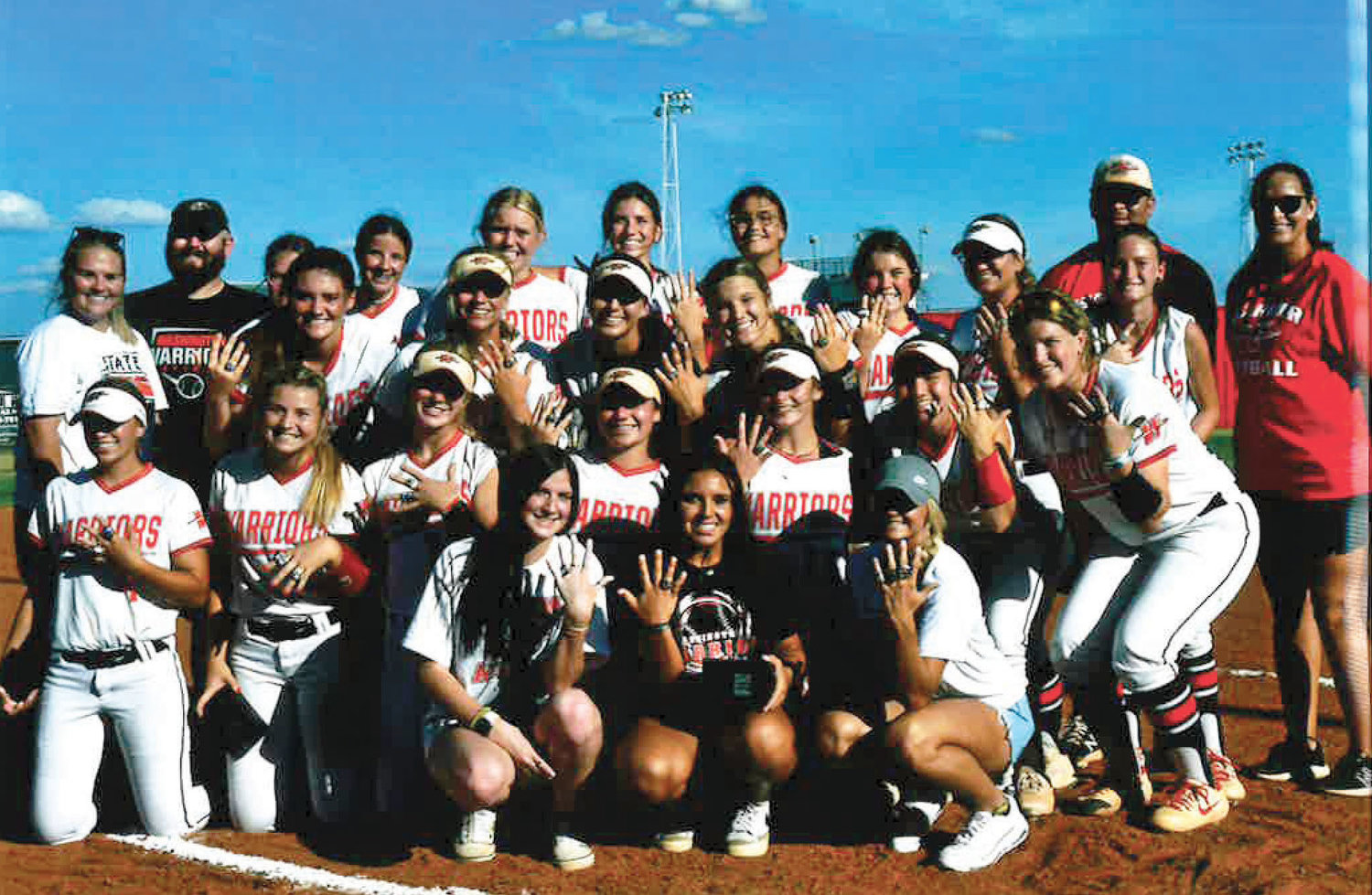 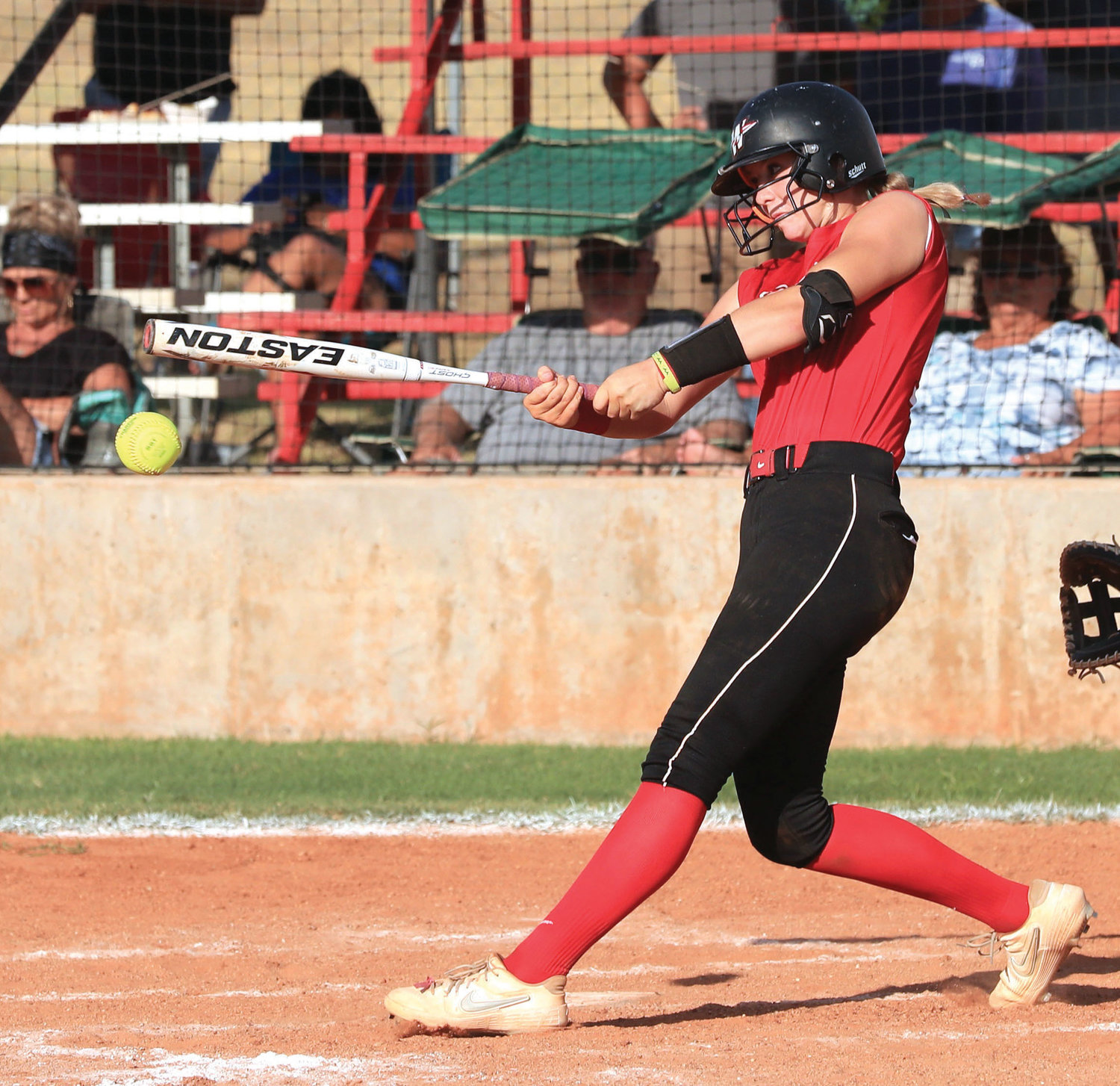 Washington senior Tinley Lucas squares up a ball for a double during the Warriors’ 6-0 win over Purcell.
Janet Moore 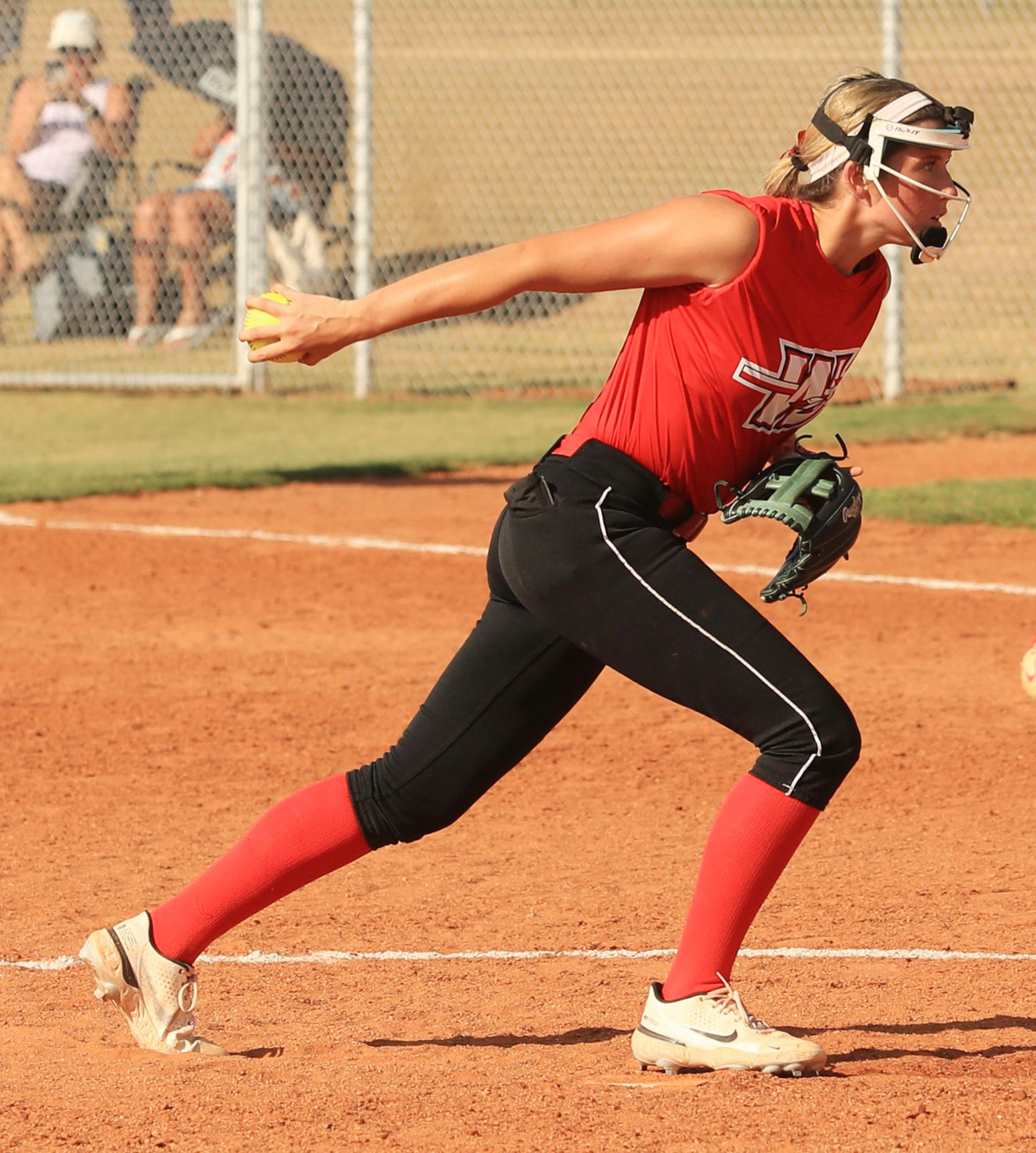 The Warriors are off to an undefeated start to the 2022 season.

They also had two wins over Millwood on Monday, both coming in 12-0 finals.

Warrior head coach Tylor Lampkin was happy with his team’s play, especially in the Tuttle tournament.

“In general we’re playing pretty dang well on defense,” he said. “We’re not killing the ball on offense like we’d expect  but we’re pitching the heck out of it and playing good defense.”

In the Cache game Maggie Place and Skylar Wells each had two RBIs. Tinley Lucas homered.

Place got the win in the circle.

In the Warriors’ Skiatook win Loveless earned the W, while Place came on in relief.

The Warriors next took a 1-0 win over Plainview with Place back in the circle. She struck out six batters and gave up no hits and no walks.

Abby Wood knocked in Lucas for the Warrior’s lone run of the game.

Against Blanchard Wood had two hits and Loveless collected a pair of ribbies.

Emjay Lucas, Palumbo and Place all saw work in the circle.

The finals were against Tuttle, who the Warriors had defeated just days earlier.

“Vickers may be the best pitcher we see all season,” Lampkin said.

Washington got to her better this time with four hits and collecting three walks.

“We struck out against her too much the first time we saw her but you have to give credit to her,” Lampkin said.

The Warriors ultimately came out on top in the championship 2-0 despite not putting up gaudy offensive numbers.

“We saw above-average pitching all week,” Lampkin said. “Our defense has been playing so well and I don’t think we committed an error in the tournament.”

The Warriors’ will be back in action today (Thursday) at the Murray County Bash.

Friday they play Lexington at 1 p.m. and Lindsay at 4 p.m.

Saturday’s pairings and time are to be decided.

“We have another busy week,” Lampkin said.