Everyone played on defense and still posted shut out 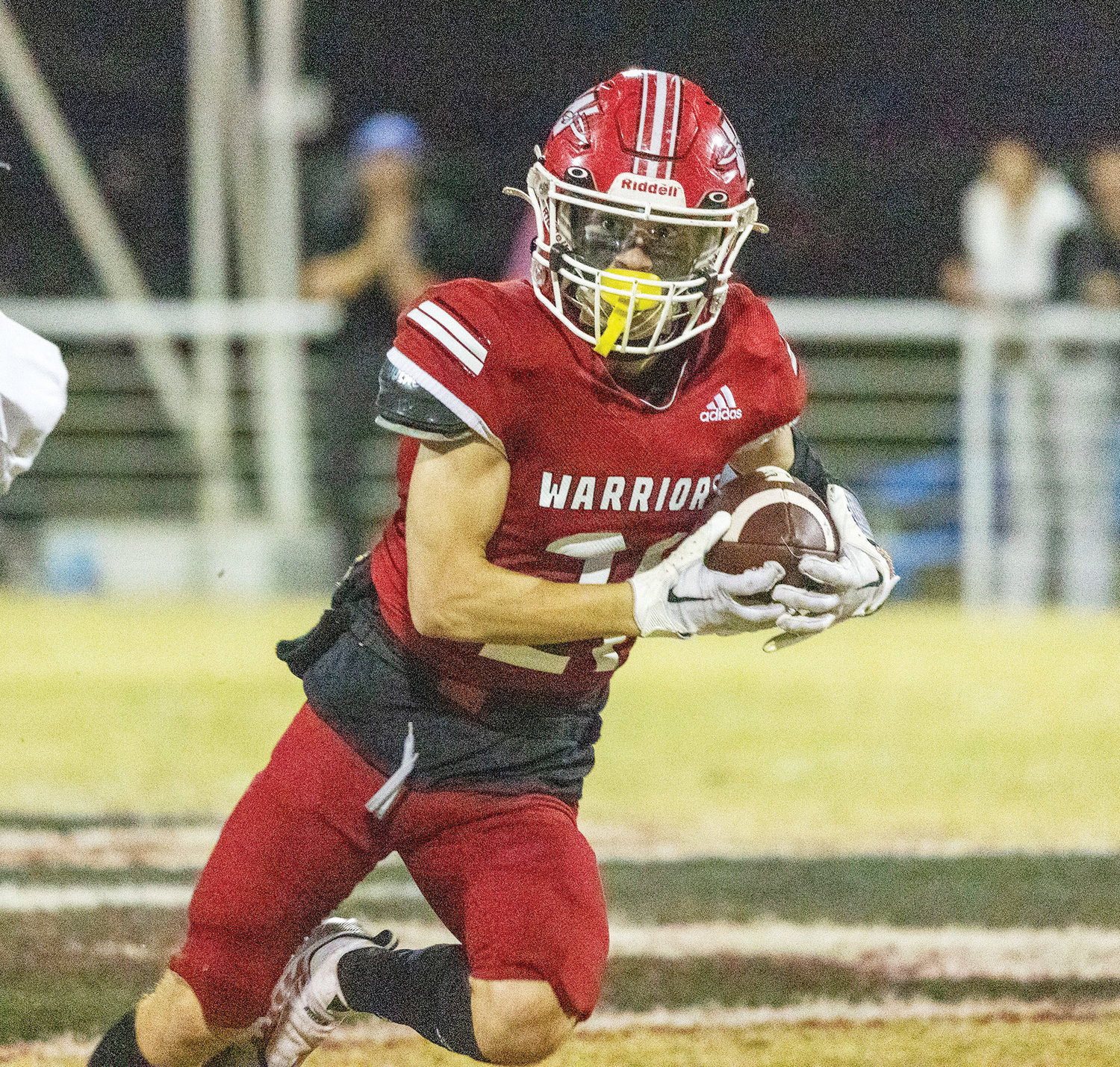 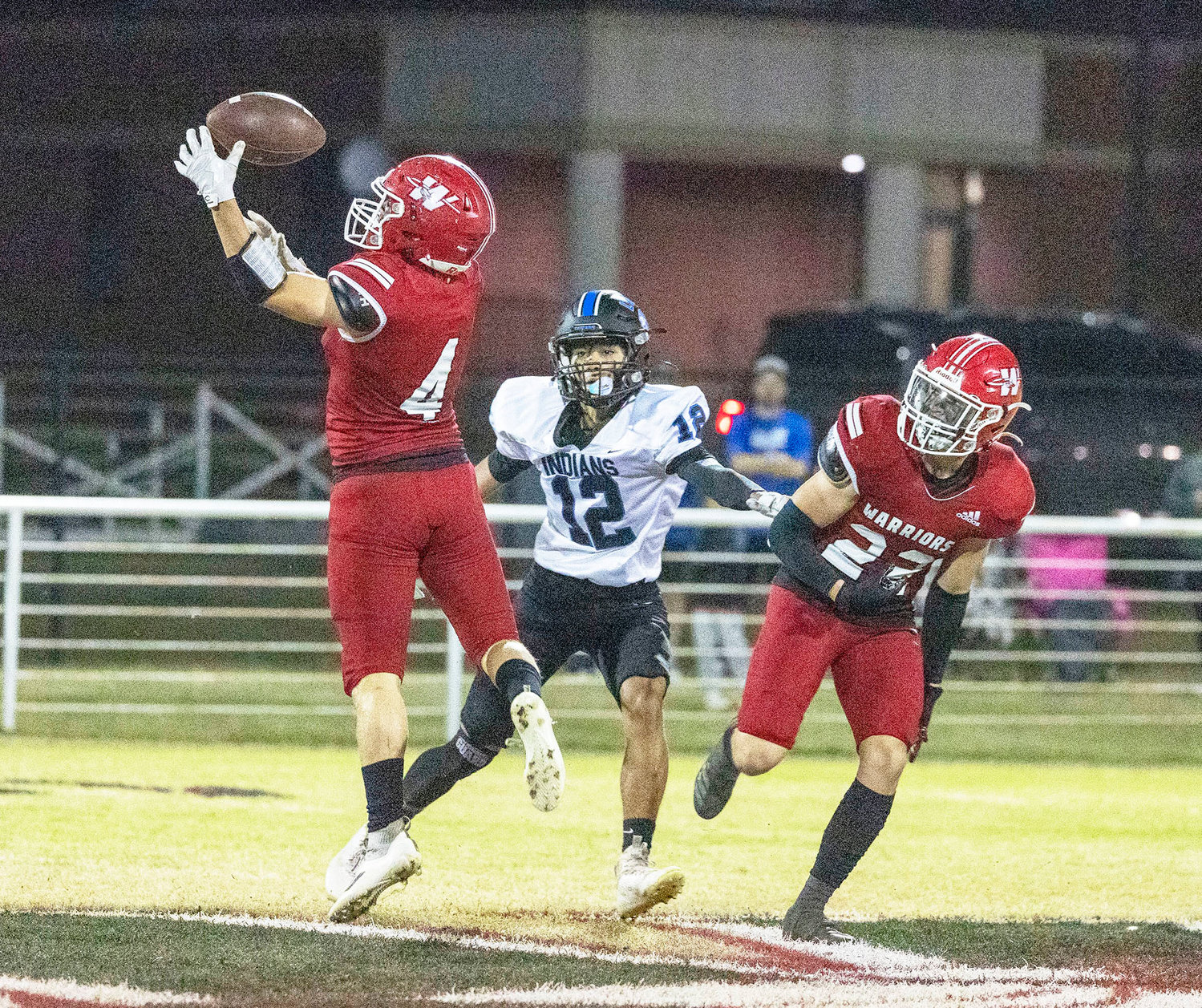 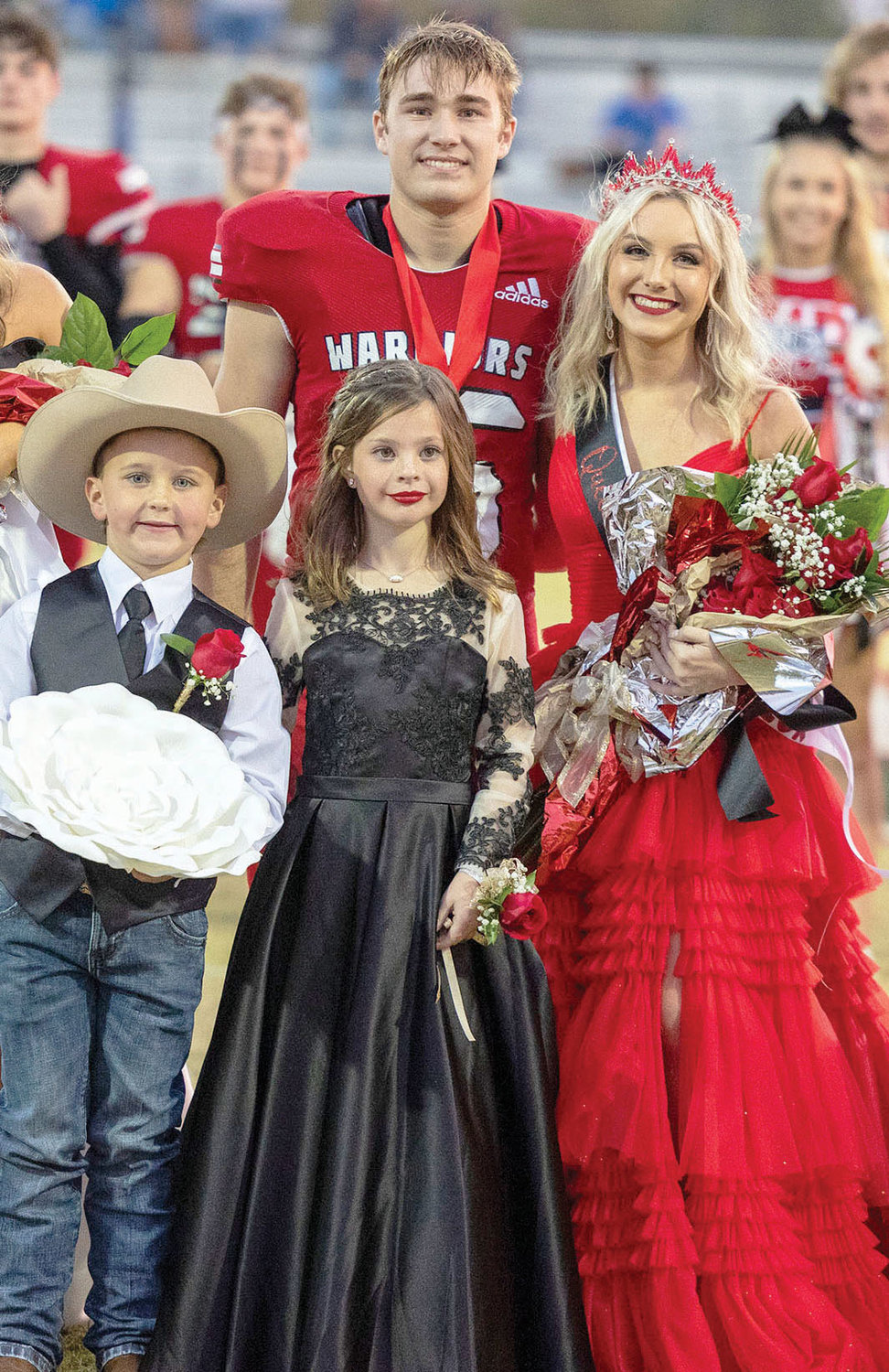 Washington’s homecoming coronation saw the crowning of Lydia Horinek as queen and Brayden Arthur as king. The crown bearer was Will Taylor and the flower girl was Harley Maddox.
Greg Gaston - double g images

Junior Ben Vaughn hauled in the opening kick off and took it to the house. Cole Scott rushed for three touchdowns and Marlon Moore returned an interception for a score all in the 34 point first quarter.

Scott waltzed into the end zone from 45 yards out in the second period and Wyatt Wilk sliced in for a score from the two yard line to close out the scoring.

Scott only had six carries but four of them went for touchdowns. He finished with 85 yards rushing.

“You can tell by the stats that Cole had a good night,” head coach Brad Beller said. “I give a lot of credit to our offensive line.”

Vanya led the group grading out at 91 percent against the Indians.

The first team offense ran a total of 11 plays in the game.

Noting his squad has been playing well defensively all season it was the depth of his defenders that really caught his eye against Little Axe.

Beller swept the bench with everyone on defense getting in on the action.

“Defensively we’ve been playing well but it was the depth and execution of all of our guys that was impressive. They deserved the shutout.

Moore’s pick six was his first interception of the year. Cole Beller intercepted his fifth pass of the season last week and had four tackles against Little Axe.

“Our defensive backs are getting better and better each and every week,” Beller said.

Naithen Spaulding and Hayden matched each other with four tackles and each had a quarterback sack.

The undefeated and No. 1 ranked Warriors will host the 5-5 Atoka Wampus Cats at 7:30 p.m. Friday night.

Beller said Atoka requested the 7:30 kick off time to allow their fans time to make the two-hour trip from Atoka County.

The Wampus Cats will operate out of the I-formation on offense.

“It’s an offense we haven’t seen a lot in the last several years,” Beller said. In the age of the spread you don’t see it often but in 90-95 percent of their plays they’ll have a tight end.

“They like to run a time management type of offense with misdirection and play action. They will run some counter plays, some boots and take their shots deep on play action.”

Atoka will base out of a 3-4 alignment on defense.

“They show a lot of pressure but you never know where it’s coming from,” Beller said. “They keep their safeties really deep and their cornerbacks move around. Their two inside linebackers are two of the better linebacking duos we’ve seen this year. One of them is going to Oklahoma State.”

Beller said it will be imperative for his players to be focused on each play.

“We have to be mentally focused in what our job is on each and every play. We have to take care of the ball and not give up big plays,” he said.

Nominated as the Offensive Lineman of the Week was Jordan Vanya, who graded out at 91 percent last Thursday night.

Beller nominated Marlon Moore as the Defensive Player of the Week. He had two tackles and came up with a huge pick six in the victory.

Hayden Milner got the nod as the defensive lineman of the week. He had four tackles and a quarterback sack against Little Axe.