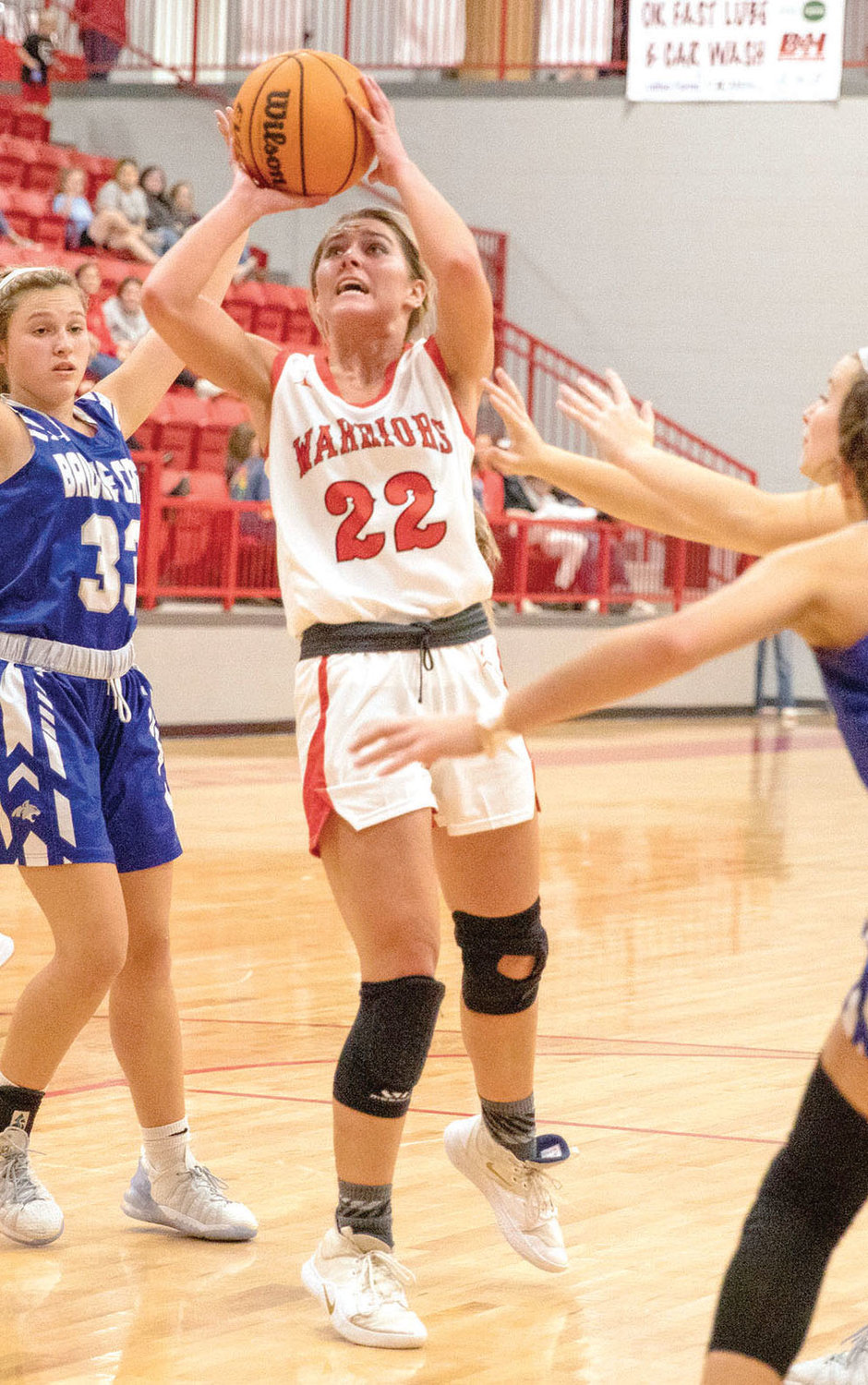 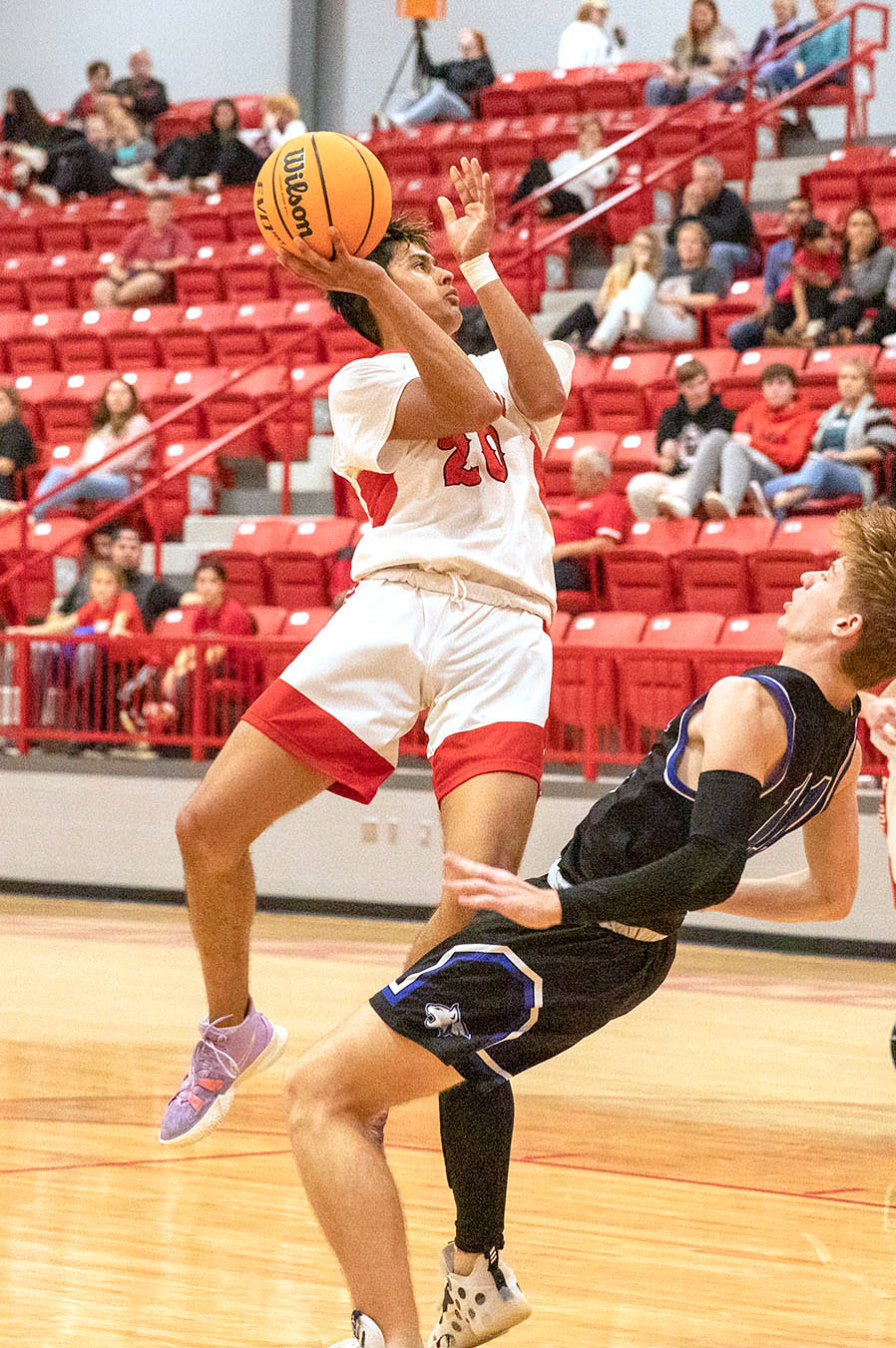 Washington senior Hector Quinonez suspends in air while he lines up a shot for the Warriors.
Greg Gaston - double g images
Previous Next
Posted Thursday, January 13, 2022 9:00 am
John Denny Montgomery

The Washington Warriors won two games at the Konawa basketball tournament to improve their record to 5-3.

Head coach TJ Scholz liked what he saw during the tournament and thinks his team is beginning to come together in a way they need to so they can compete for a berth to the State tournament.

“As a whole we’ve come together,” he said. “It started over the break and hopefully we’re now seeing the results from that.”

One of the results was a third place finish at Konawa.

The Warriors, the No. 2 seed, defeated Konawa 61-24 in the opening round of the tournament.

“We did what we were supposed to do against a younger team,” Scholz said.

Kobe Scott led the Warriors in points with 10.

In all, 12 Washington players recorded points.

“We were able to sit some guys and rest them for the rest of the tournament,” Scholz said.

In the next game Washington matched up with 4A North Rock Creek (9-2).

They are the same team they were last year when they were a top 15 team,” Scholz said. “They are pretty good.”

Washington found themselves down by 15 points at halftime. It could have been worse if not for Hector Quinonez.

He scored 10 of Washington’s 19 first-half points.

“Hector kept us in it at the beginning,” Scholz said. “He also held their best player to six points. Hector had a good tournament.”

Scholz challenged his team at halftime and they rose to the occasion.

“Our message has been to get focused and come together as a team,” Scholz said. “We’ve told them to make championship level plays and that mentality carried over into the second half of the game.”

Washington tied the game at 50-50 but never could get completely over the hump and fell 62-60.

Hayden Hicks scored a team-high 22 while Cash Andrews had 12 points.

After the loss Washington had to come back Saturday for a game against Oktaha.

Scholz was happy with his team’s defense against a good-shooting team and they pulled out a 64-41 win.

“We held their shooters in check,” he said. “They’re locking in on defense and it’s satisfying.”

“They guard the other team’s best players on defense and credit Rayce and Tony for holding Oktaha’s best player to three points through three quarters,” Scholz said.

The coach challenged his team at halftime against Oktaha to get a kill on defense, when the defense gets a stop on three consecutive possessions.

In the first three minutes of the second half the Warrior defense came up with their kill.

“Before Saturday’s game I tried to get them to imagine we were in the Area tournament and had to win to advance to State,” Scholz said. “We’re really looking to improve our ranking for playoff seeding and I’m trying to get the team to understand where we are.”

So far his team has responded well.

Washington is scheduled to host Lexington tonight (Thursday) at 7 p.m.

Kobe Scott and Hayden Hicks were selected to the All-Tournament team. 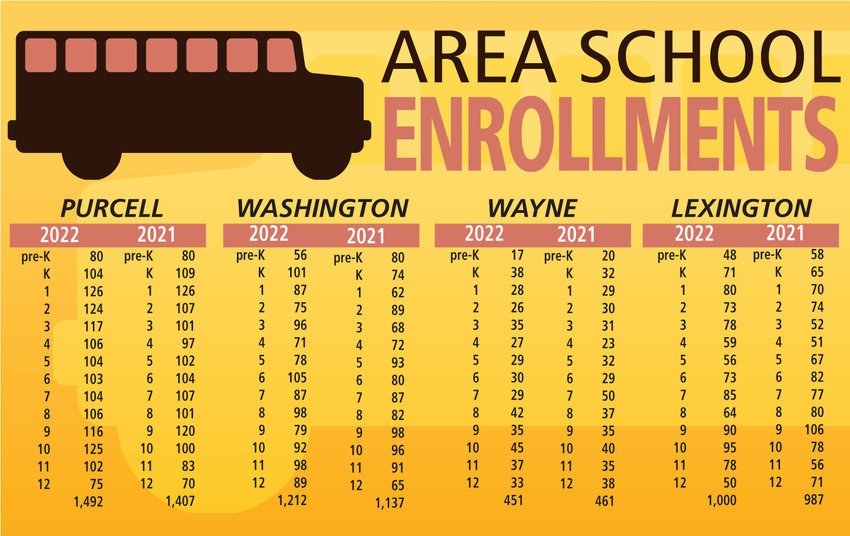 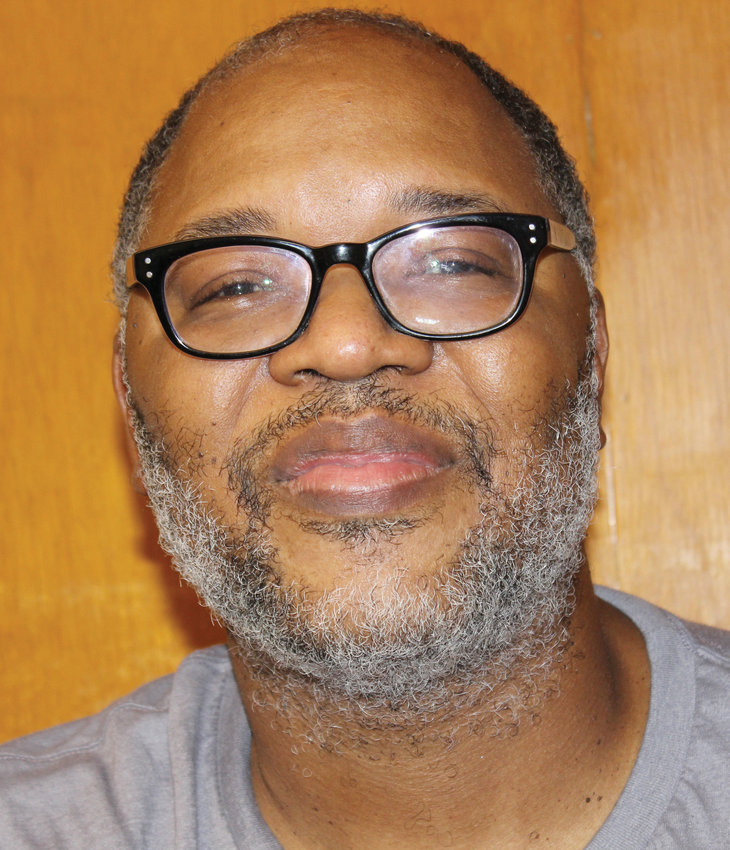 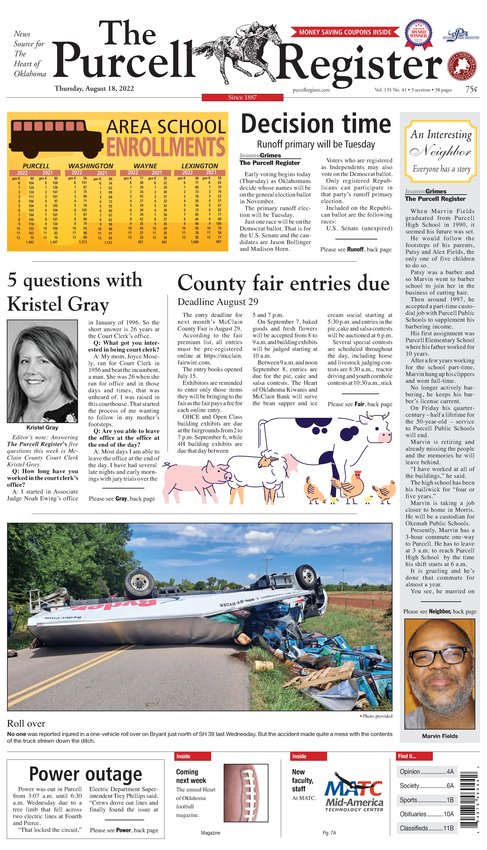