Washington hosts OCS in second round 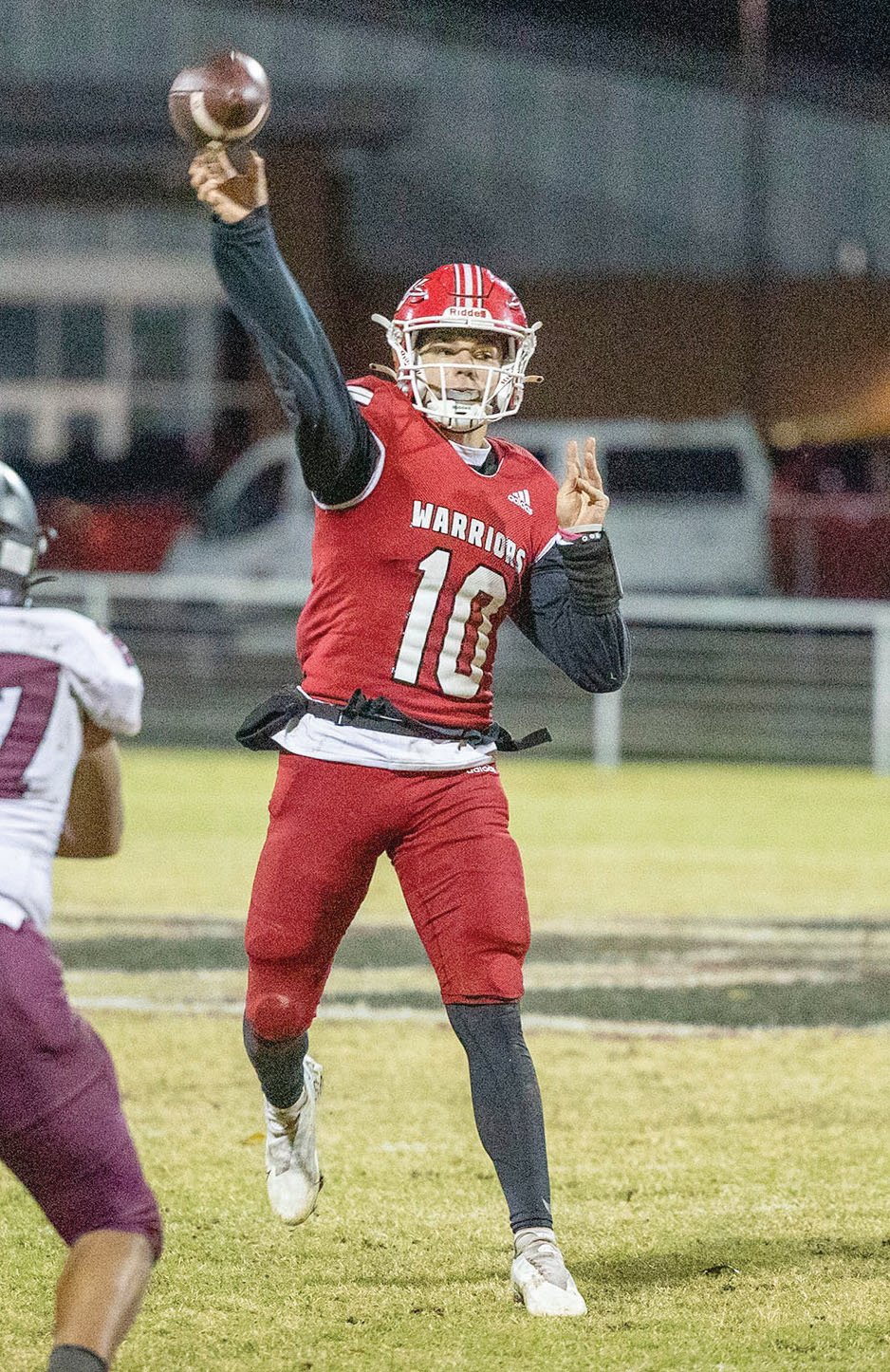 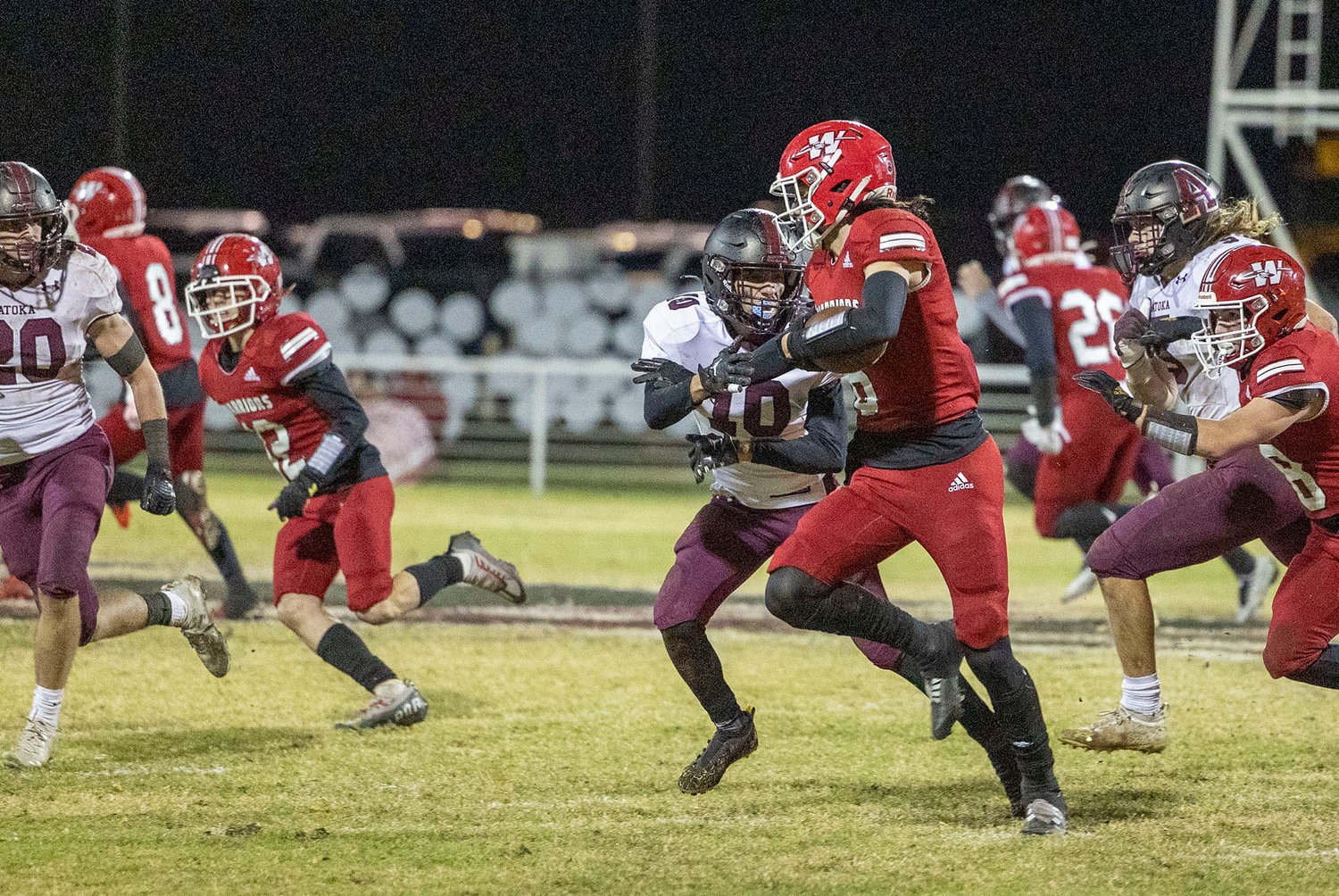 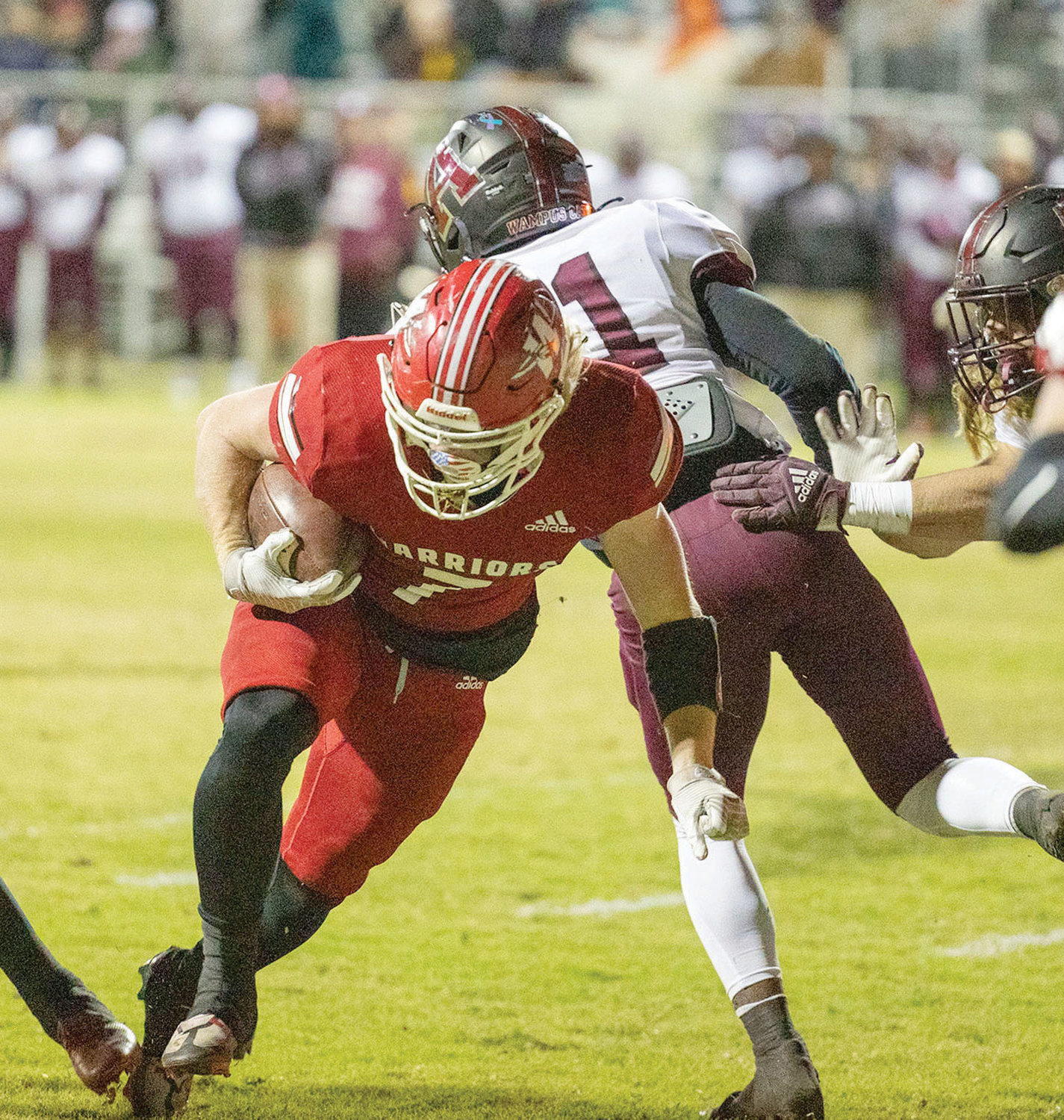 Atoka was hardly a bump in the road for the top rated Washington Warriors last Friday night.

The Warriors scored early and often in the 54-7 thumping of the Wampus Cats.

Major Cantrell threw five touchdown passes in a 10-16 performance for 151 yards. The Warriors, led by Cole Scott, rushed the ball 40 times for 260 yards and three scores.

Scott had 15 carries for 91 yards with the majority of the damage inflicted in the first half.

“We started the game with a heavy dose of Cole Scott,” head coach Brad Beller said. “When you get to the playoffs it comes down to who controls the front line. Our offensive line gets a lot of credit for controlling the line.”

Hudson Howard finished the game with 54 yards rushing, 51 of it came on his second carry of the night.

Beller said the play of his big eaters up front opened up the passing game.

“We were very efficient and made a lot of big plays through the air,” the coach said.

Efficient almost seemed inadequate with half of the passes Cantrell completed going for scores.

“We had five different receivers catch the football,” Beller said. “It was nice to see Mason Singletary and Cooper Alexander have success.”

Scott got the scoring parade started with a one yard plunge in the first quarter. Cantrell hit Singletary for a 17 yard score and Scott was back in the end zone before the first quarter was in the books with a 22 yard romp.

In the second period, Cantrell found Singletary open for a 34 yard pass and catch and he hit Alexander on a two yard score.

Cantrell hooked up with Alexander for a 33 yard touchdown play in the third period before tossing a 22 yard touchdown strike to Nate Roberts later in the quarter.

Blake Heiliger closed out the Warrior scoring in the fourth quarter on an eight yard run.

Washington’s defense was led by junior linebacker Keller Howard, who finished the game with 15 tackles in only two quarters of play. He didn’t play in the second half.

“He was everywhere,” Beller said. “He was very disciplined and very aggressive. Mixing those two things together makes for a good game.

“Much of the credit, and I’m sure Keller would agree, goes to our defensive line,” Beller continued. “They took on double teams and cleared the way for our linebackers.”

“We rotated a lot of guys to stay fresh and wore them out up front,” Beller said.

In addition to Keller Howard, Hudson Howard and Easton Berglan also played linebacker for the Warriors in the rout.

Up next for the 11-0 Warriors are the OCS Saints.

Kickoff for the second round playoff contest is set for 7 p.m. Friday at Reed Field.

Beller was asked what the Saints run on offense.

“It’s more of what they don’t run,” he quipped. “They run everything from the Maryland I to the spread and everything in between. They like to run screens and play action trying to get the ball to their playmakers in space.”

Beller reported the Saints will be in a 5 man front and some three man fronts when they are on defense.

“They put a lot of defensive tackles inside the box to allow their Mike linebacker to run free while they play man coverage behind him.

Beller said the key for the Warriors to be successful is to make sure they are very disciplined on the defensive side of the ball.

“On offense we have to get to the Mike linebacker and get him blocked in the run game and our offensive line has to give Major time to throw. Our wide receivers need to win on their routes.”

OCS, who is 9-2 on the season, is coming off a 51-13 shellacking of the Chisholm Longhorns last week.