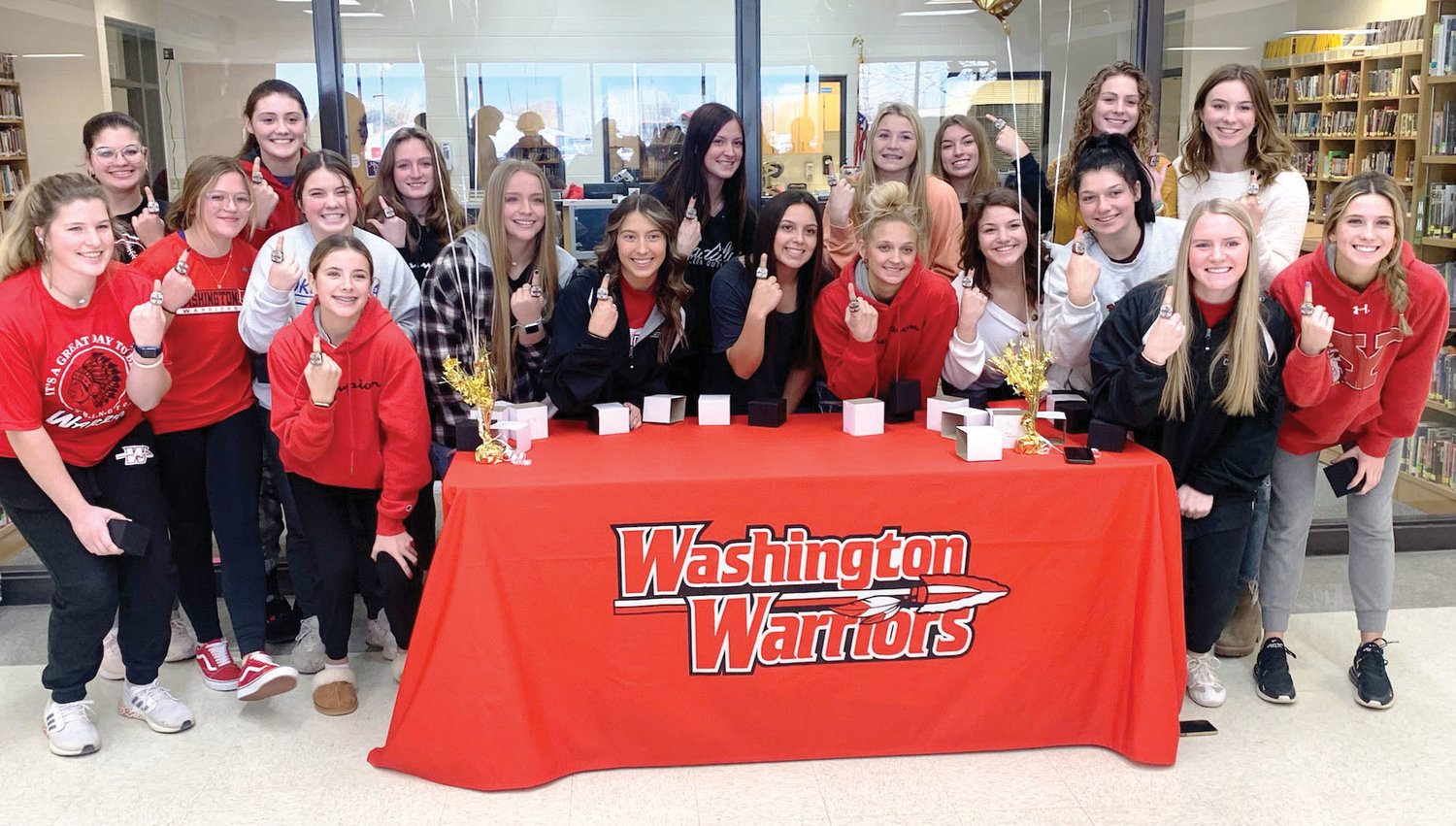 Washington’s Lady Warriors got their State Championship rings during a ceremony at the high school Tuesday. 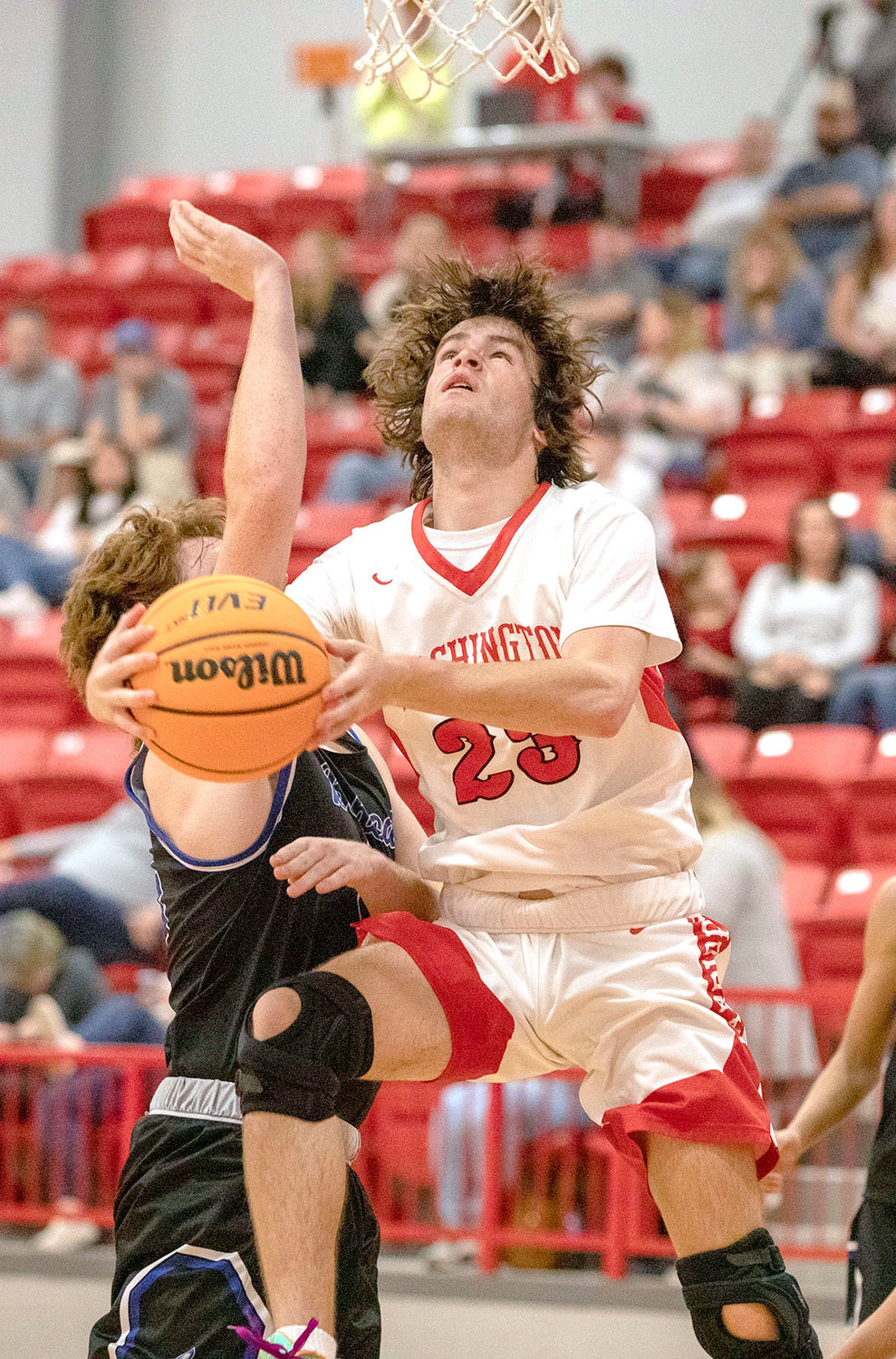 Washington junior Cash Andrews hangs in the air as he jockeys for a shot. Andrews and the Warriors travel to Newcastle today (Thursday) for a 5:30 tournament game against Newcastle.
Greg Gaston - double g images 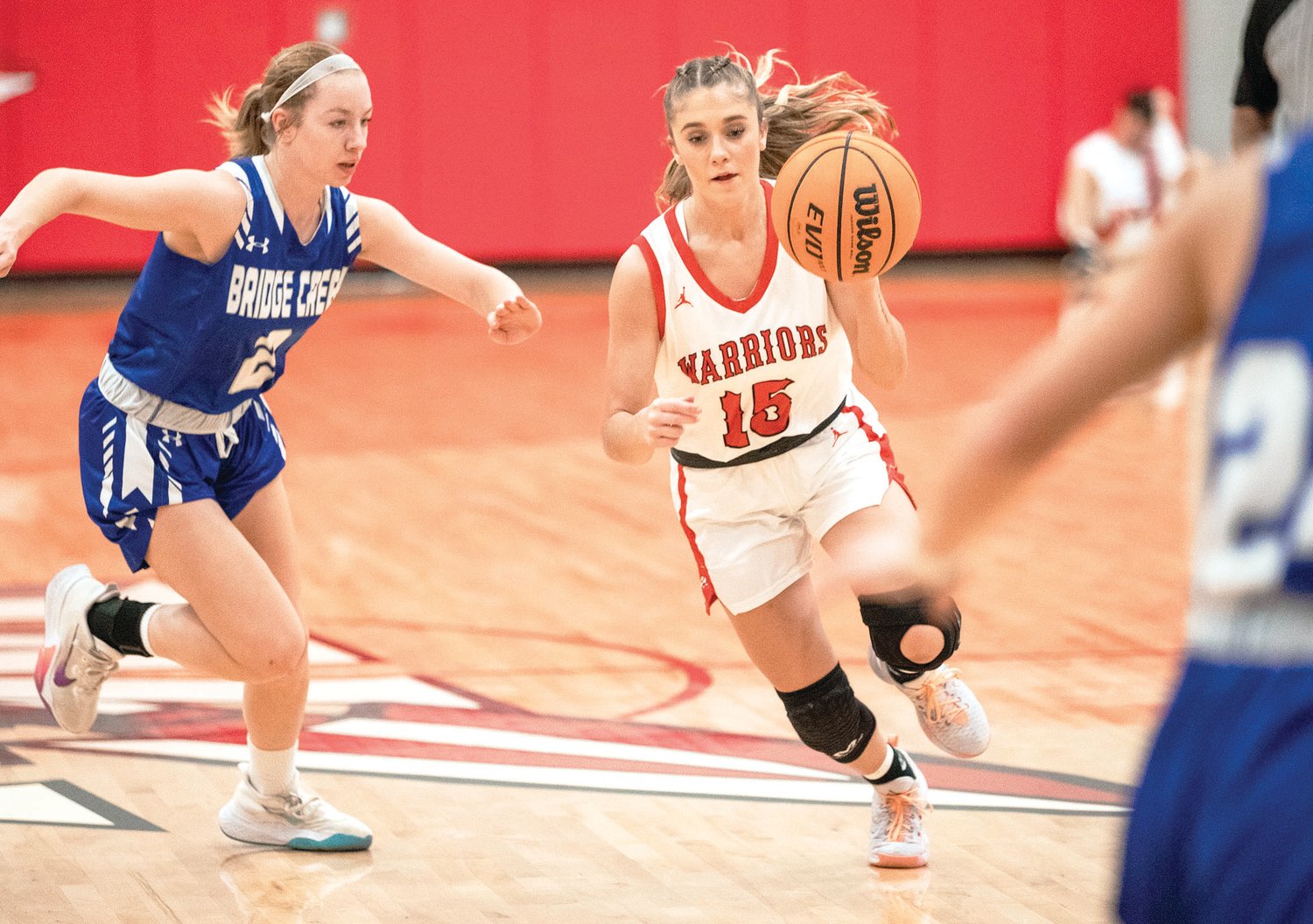 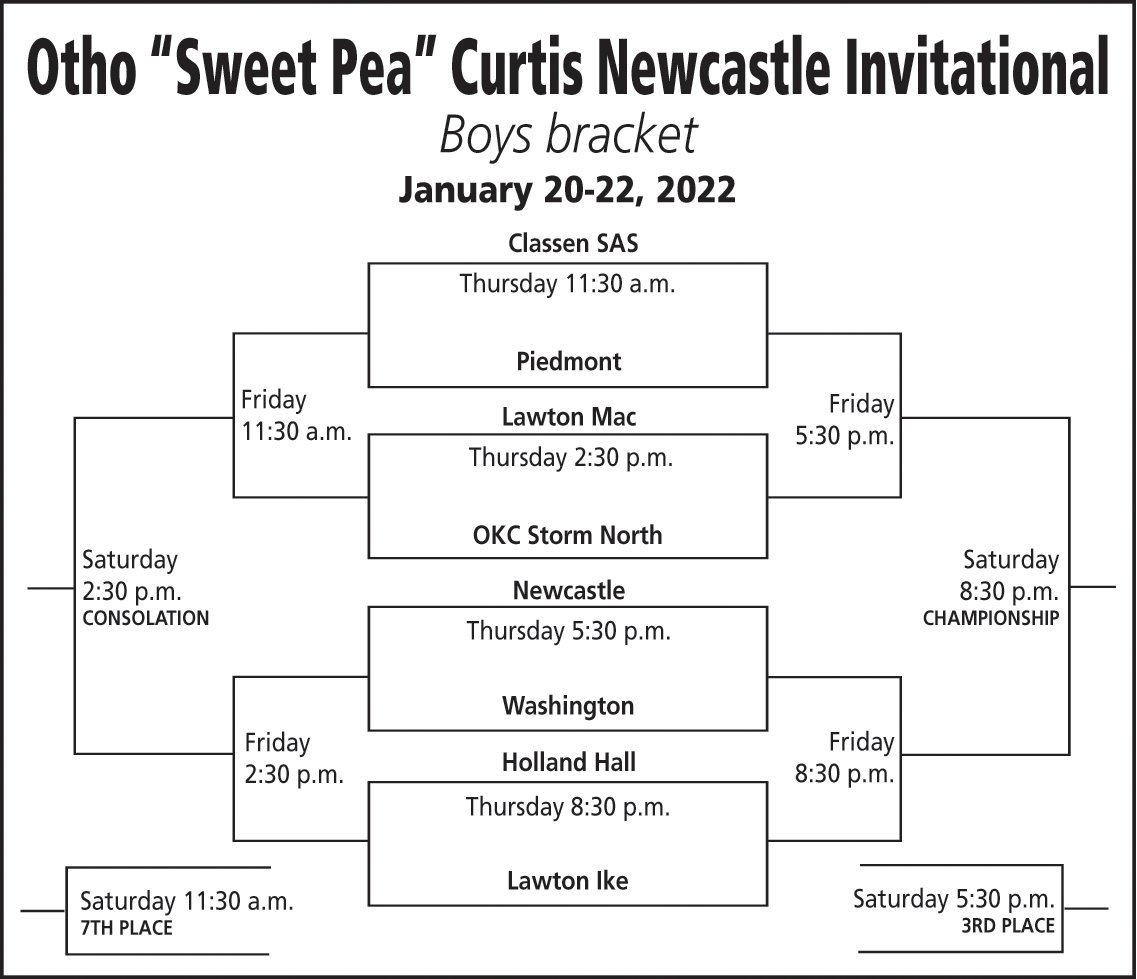 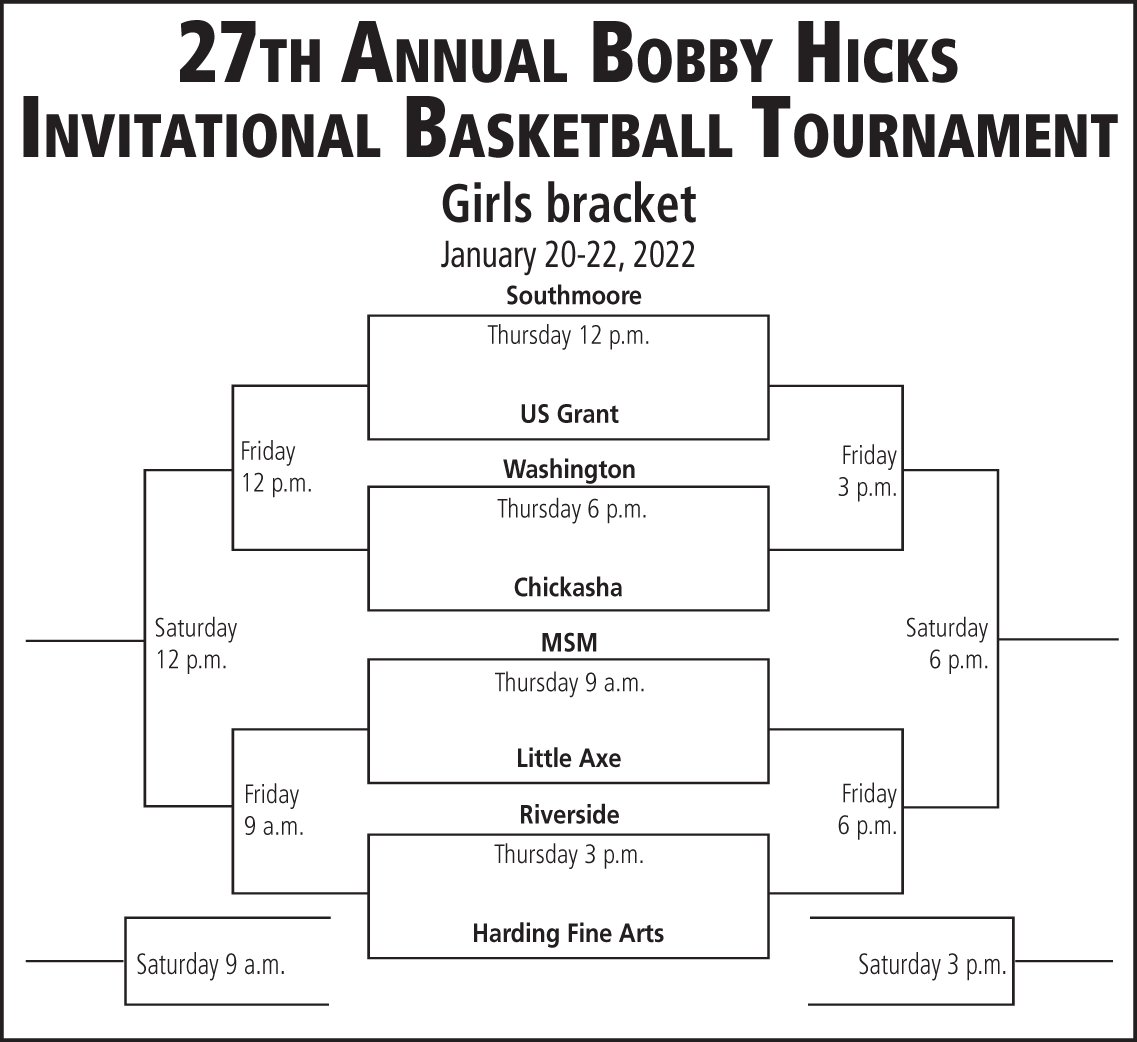 Washington’s basketball teams each picked up a pair of wins after games against Lexington and Davis.

They were led on the offensive end of the floor by senior Mattie Richardson and her 19 points.

His team followed the Lexington win with a trip to Davis the next night where they took a 42-32 final.

Wells and Lindert each scored eight and Richardson had seven points.

Washington is now 4-6 on the season.

The Warrior defense was smothering and held Lexington to under 10 points in each quarter.

Washington is 8-3 this season.

Both teams were set to play Purcell on Tuesday night but a Covid issue forced the cancellation of the boys game.

The girls were able to get their game in.

Both teams are in tournaments this weekend.

They open with Chickasha today (Thursday) at 6 p.m.

The boys will be in Newcastle at the Otho “Sweet Pea” Curtis Invitational.

They square off with host Newcastle at 5:30 today (Thursday).