Beller gets both offensive and defensive touchdowns 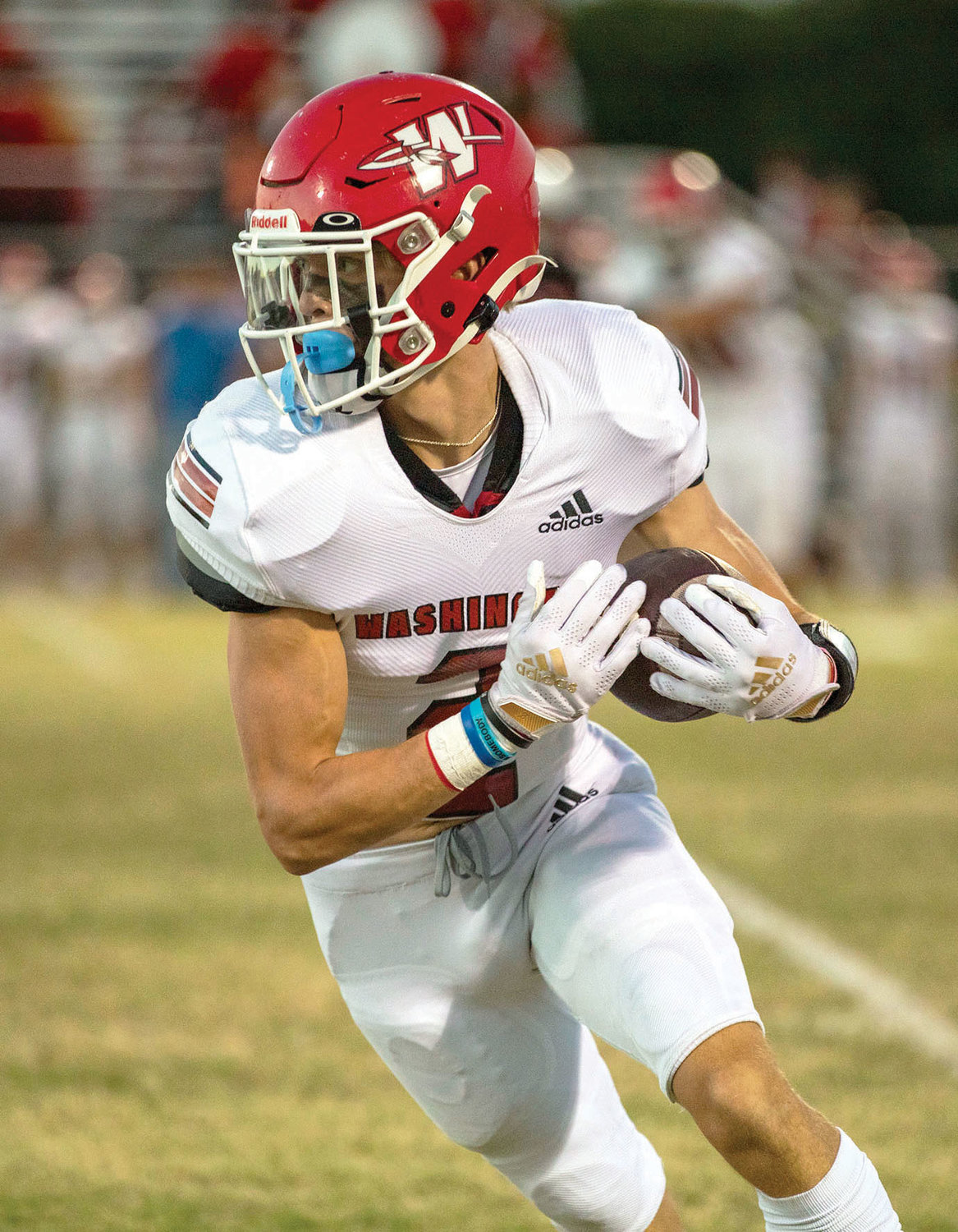 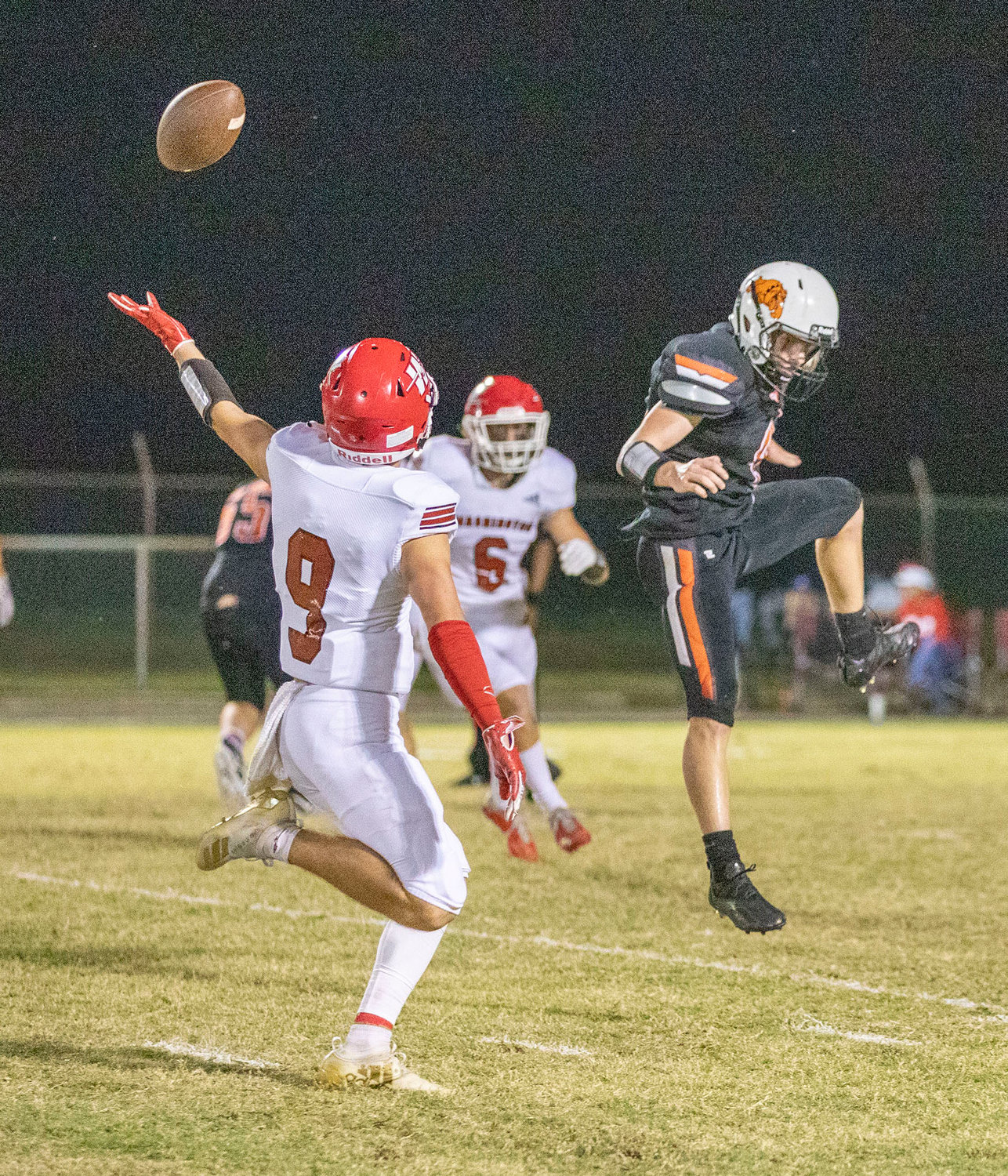 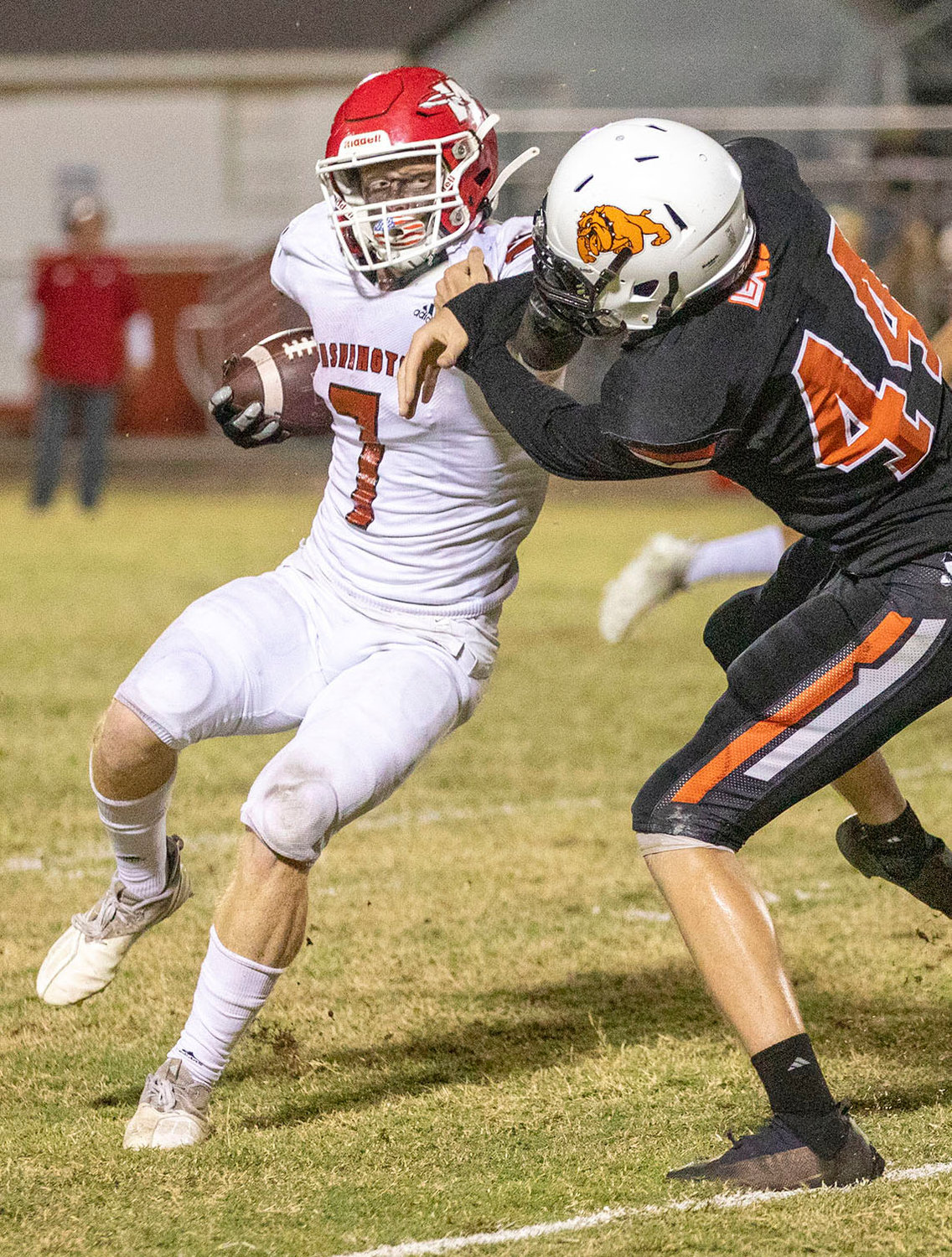 Washington controlled the line of scrimmage on both sides of the ball last Thursday night and pinned a 57-2 loss on the Lexington Bulldogs at  Floyd West Field.

The Warriors not only scored via the pass and run but picked up 14 points by way of their defense.

Jake Coles returned an interception 48 yards to pay dirt and Mason Singletary took a fumble all the way back 38 yards for a score. Hayden Milner provided a safety on a botched snap that he knocked out of the end zone.

of touchdown passes to Luke Hendrix, one for 48 yards to kick off the scoring and an 11 yarder in the second quarter.

Hendrix had five snags for 87 yards in the contest while Kobe Scott had two catches for 41 yards.

Kade Norman notched a pair of touchdown runs of 53 and 15 yards both in the second period. Nate Roberts and Cole Scott both had touchdown scoring runs.

Coles and Case Taylor led the tackle chart, both with eight stops against the Bulldogs.

Kade Norman and Hayden Milner both had seven tackles.

“Defensively it was a great team effort,” head coach Brad Beller noted. “We did a great job of swarming to the football. There were multiple plays where all 11 guys were in the screen at the end of the play. We had very sound technique.”

Beller said he and his staff were able to play 21 different players on defense.

“And, our offensive line did a great job of rebounding after one of its worst performances of the year against CCS,” Beller continued. “Any time you average nine yards a carry your offensive line is doing something right. It gave running backs Kade Norman and Cole Scott unbelievable games. A lot of times they weren’t touched until the second and third levels.”

The coach was speaking of the play of Easton Berglan, Tanner Winlock, Wyatt McCauley, Naithen Spaulding and Jordan Vanya.

Beller said Jaxon Hendrix jumped in and played extremely well at slot receiver. We were needing some depth there and he hadn’t played it before but he did a great job of filling that hole.

Up next for the Warriors is a home game Friday at 7 p.m. with the winless Holdenville Wolverines.

“They are young and inexperienced,” Beller said of the Wolverines. “They have lots of good looking, strong kids in the offensive and defensive line. They are definitely young and going through some growing pains.”

The Wolverines will work out of a spread on offense and run a 5-2 defense with man coverage in the back end, Beller said.

Naithen Spaulding got the nod in the offensive line for his 82 percent blocking against Lexington.

Beller nominated Jake Coles as the Defensive Player of the Week. He had eight tackles and returned an interception 48 yards for a touchdown against Lexington.

Hayden Milner was nominated as the Defensive Lineman of the Week. He made seven tackles including two for losses last Thursday night.