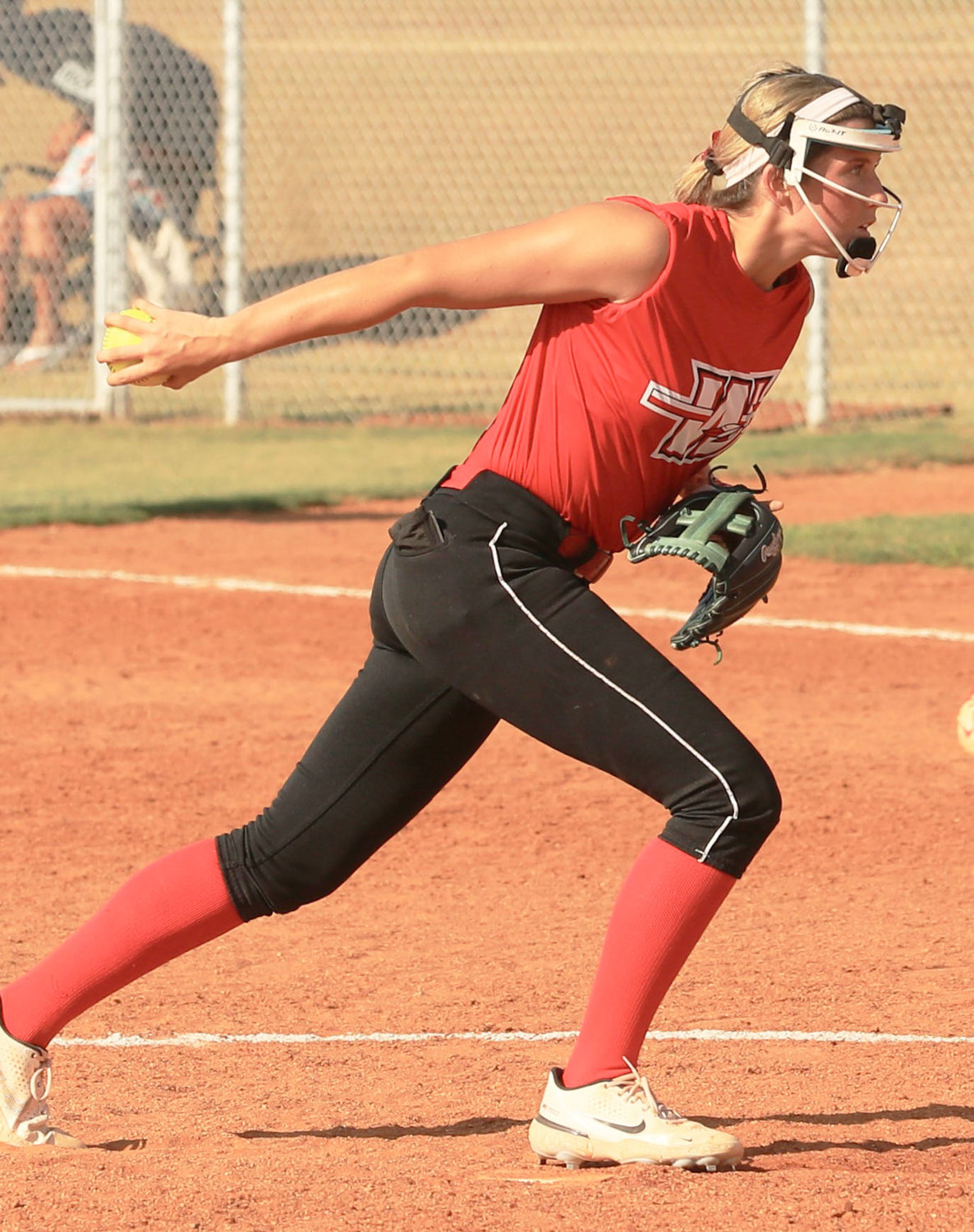 The Washington Warriors clinched a home draw for the Regional softball tournament after they defeated North Rock Creek 6-4 last week.

For Washington, the defending State champs, everything is coming together late in the season.

“Things are trying to finally click for us,” head coach Tylor Lampkin said. “We had five batters hitting .400 or better last week and eight hitting over .300. The biggest thing is our strikeouts have gone way down. We’re putting the ball in play and forcing the issue.”

Sophomore Olivia Palumbo got the start in the circle against the talented Cougars of North Rock Creek.

“It was good for Olivia and our program to put her out there,” Lampkin said. “She made it to the fourth inning and they started to catch up to her during their third time through the lineup.”

Palumbo struck out one batter and gave up two hits and two walks. She was not credited with any earned runs.

Maggie Place came on in relief and struck out three batters.

Washington scored two runs in the first inning and another in the third. Rock Creek evened the score in the fourth when they scored three.

The Warriors put up two runs in the fifth and one in the sixth.

Rock Creek scored one more in the sixth inning but couldn’t mount a rally.

Tinley Lucas went 2-4 from the plate with a home run. She scored twice.

Abby Wood was 2-2 with a double and two walks. She also had an RBI.

Ellie Loveless was 2-4 with a double and an RBI.

The senior class continues to be a dominate force for the Warriors this season. Lampkin said he’ll lean on them as the Warriors begin the playoff stretch.

“That group of seven has been here three years already and now into the fourth,” he said. “You rely a lot on your senior leadership and that’s been pretty big for us. I don’t think the moment ever gets too big for that group. Even when Rock Creek tied the game in the fourth inning they never panicked.”

Washington picked up two wins against Prague last week, 1-0 and 8-1, for a grand total of two runs allowed.

Lampkin said his defense has been playing at a high level and is making it difficult for other teams to score.

“Prague is a State caliber team,” he said. “We played really good defense against them.”

Place started the first game and Loveless started the second, with Palumbo coming on in relief.

Elly Allison was 2-4 with a homer and a double in the second game.

Washington scored two runs in the first and third innings and four in the sixth for a comfortable win.

In the first game Place led the way with eight strikeouts while the Warrior offense was limited to two hits.

Now begins the road to the State tournament for the Warriors, who are 29-2 this season.

“We’re getting ready for the playoffs,” Lampkin said. “It’s the fun time of the year.”