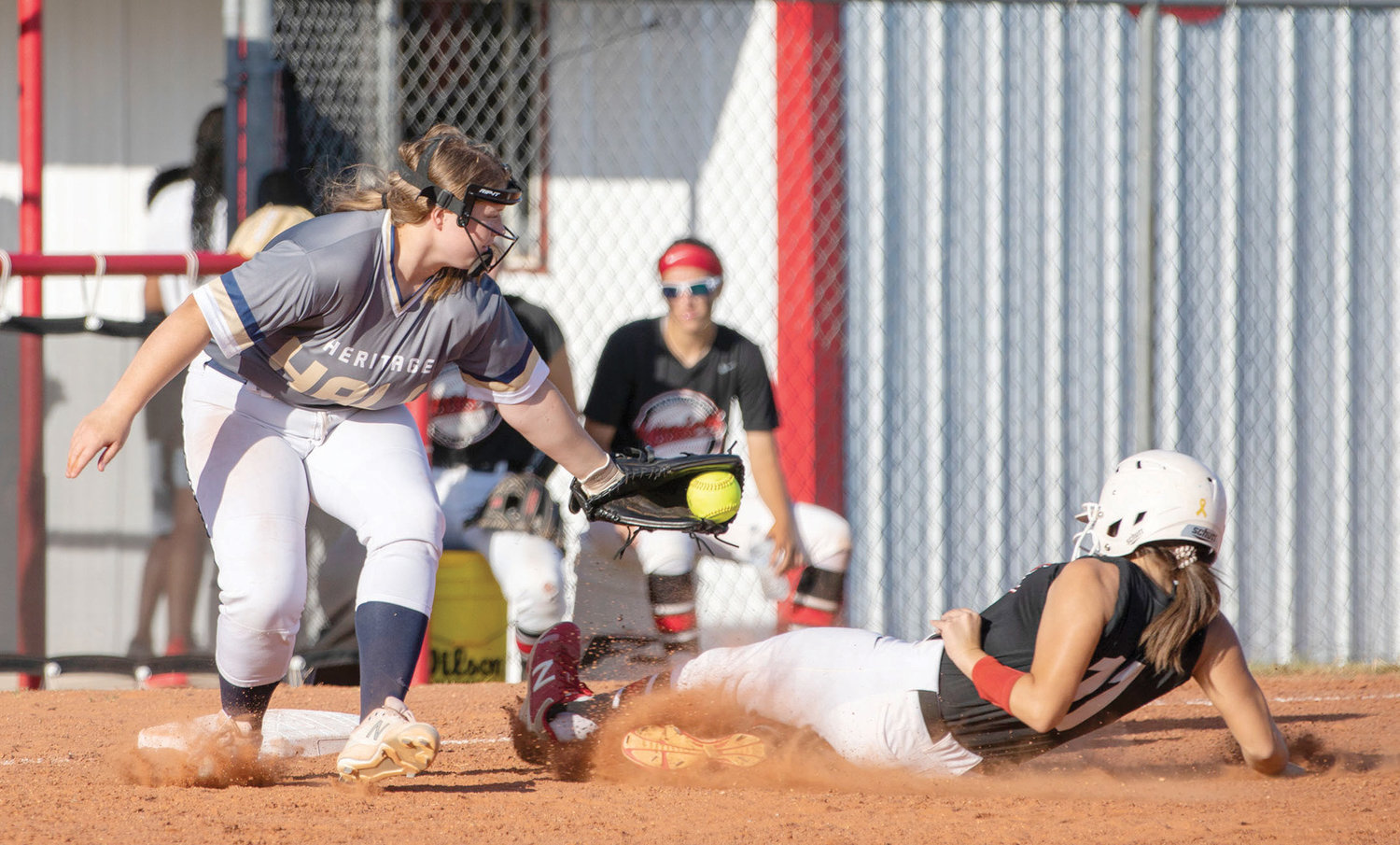 The Washington Warriors sealed their claim as District champions Monday after they beat North Rock Creek 2-0.

They will now host a Regional tournament next week.

Warrior head coach Tylor Lampkin was extremely pleased with his team after the win.

“We pitched it well and played really good defense,” he said. “We had two double plays.”

Maggie Place went the distance in the circle and struck out five batters while only giving up three hits. She gave up no walks.

“Maggie pitched it really well,” Lampkin said. “And Mattie Richardson made a great diving catch in the outfield.”

As a team Washington only had one error.

Offensively, Ellie Loveless knocked in both runs for the Warriors in the fifth inning when she doubled.

Tinley Lucas started the two-out rally with a single, followed by another single by Abby Wood, before Loveless striped a ball to left field.

In the Heritage Hall game Elly Allison hit a home run while Lucas tripled and Mikinzy Bost and Loveless both doubled.

Place and Emjay Lucas teamed up in the circle in the three-inning game.

Against Prague Loveless and Emjay Lucas took to the circle and combined for 10 strikeouts.

The Warriors were error-free in the contest.

Tinley Lucas, Place and Mattie Richardson each had home runs.

In the Harrah game, Washington only mustered four hits and put up no runs.

As Washington looks ahead to the Playoffs Lampkin knows his team needs to iron out a few things.

“Our bats have been lagging and we just need to get some offensive things fixed,” he said. “Our defense and pitching is where we want them.”

The Oklahoma Secondary School Activities Association  will officially release the Regional brackets Monday and Lampkin is looking forward to the tournament on Thursday and Friday.

“Being around this program it always seems like this community and the program in general goes to a whole new level this time of year. I’m excited to be here coaching for the Playoffs and see it from the inside rather than having to face it as an opposing coach,” Lampkin quipped.

The Warriors play at Blanchard at 5 p.m. today (Thursday) then host Purcell Friday at 4 p.m.

The Warriors are 27-3 this season.