Scoring runs with the long ball 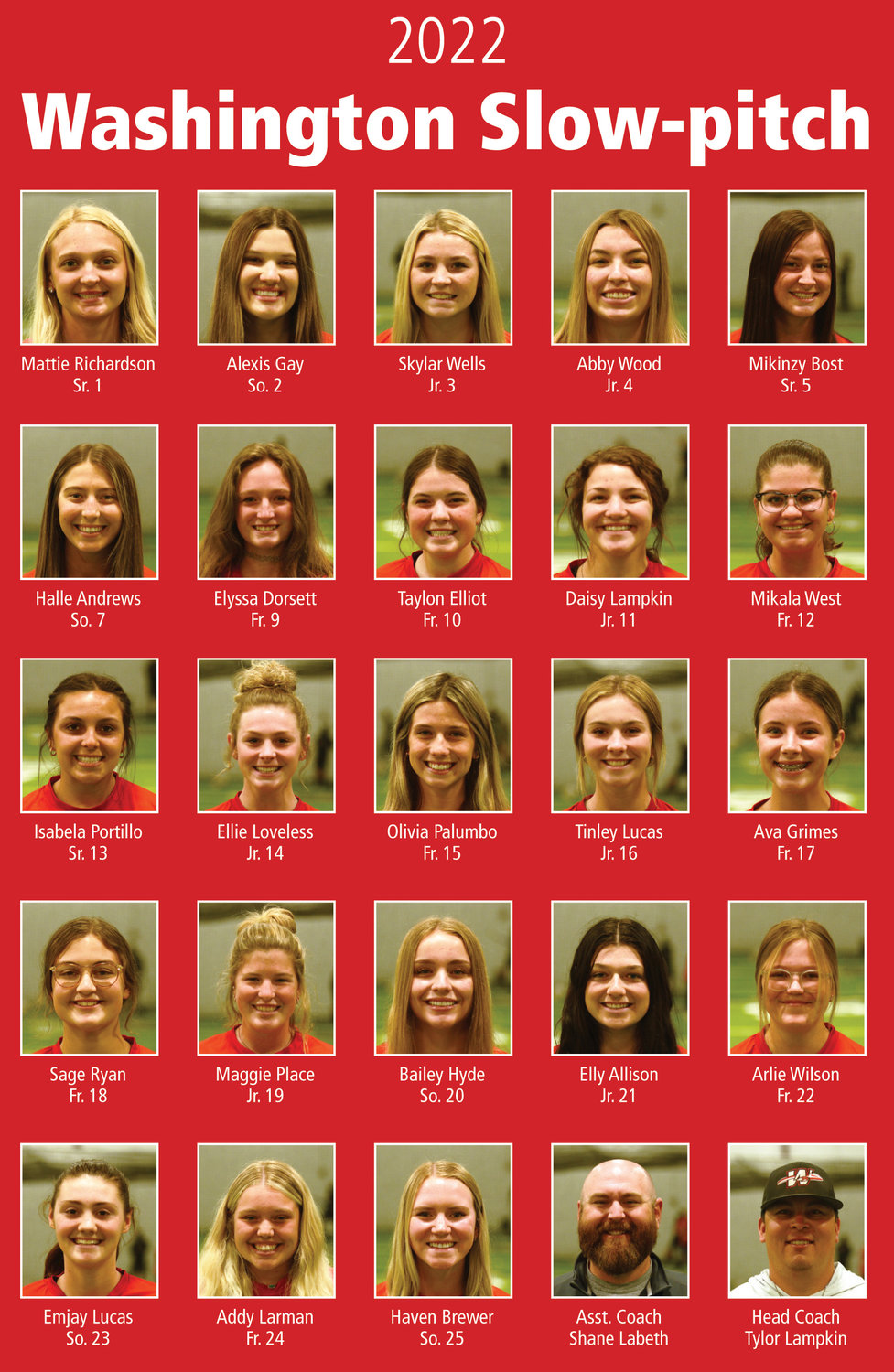 The Washington slow-pitch softball team is off to a 3-1 start and have high aspirations for the 2021 season.

They are led by first-year Warrior coach Tylor Lampkin, who skippered the team to the fast-pitch championship just five months ago.

The team returns a solid core  from last season’s 25-12 slow-pitch squad, which made it to the semifinals at State.

Washington’s cast of defensive players includes Maggie Place at first base, Isa Portillo or Tinley Lucas at second, Ellie Loveless at shortstop and Elly Allison at third base.

Skylar Wells will return to the lineup and provide additional depth in the infield as an experienced player.

Haven Brewer has been behind the plate and Alexis Gay and Lucas have been handling pitching duties.

Senior outfielder Mattie Richardson will miss some time as she recovers from an injury. Meantime,  the outfield rotation has a mix of experience and youth.

Washington will be a force on offense this season.

Despite a change in the rules for what classifies as a legal bat, the Warriors continue to punish teams with the home run ball.

“With the bat change I thought the home runs would slow down,” Lampkin said. “The ball leaving the yard isn’t a problem so far. Our skill set is our power.”

Emjay Lucas has also been a bright spot offensively with four home runs.

Loveless and Allison are both hitting over .500 on the season.

Then there is “Swiss Army Knife” Wood, who Lampkin said can hit it all over the field.

“For the most part they’re all hitting it well and the bottom half of the lineup has been on base when we’ve hit home runs,” he said.

The coach also spoke highly of his underclassmen including Addy Larman, Halle Andrews, Palumbo and Brewer.