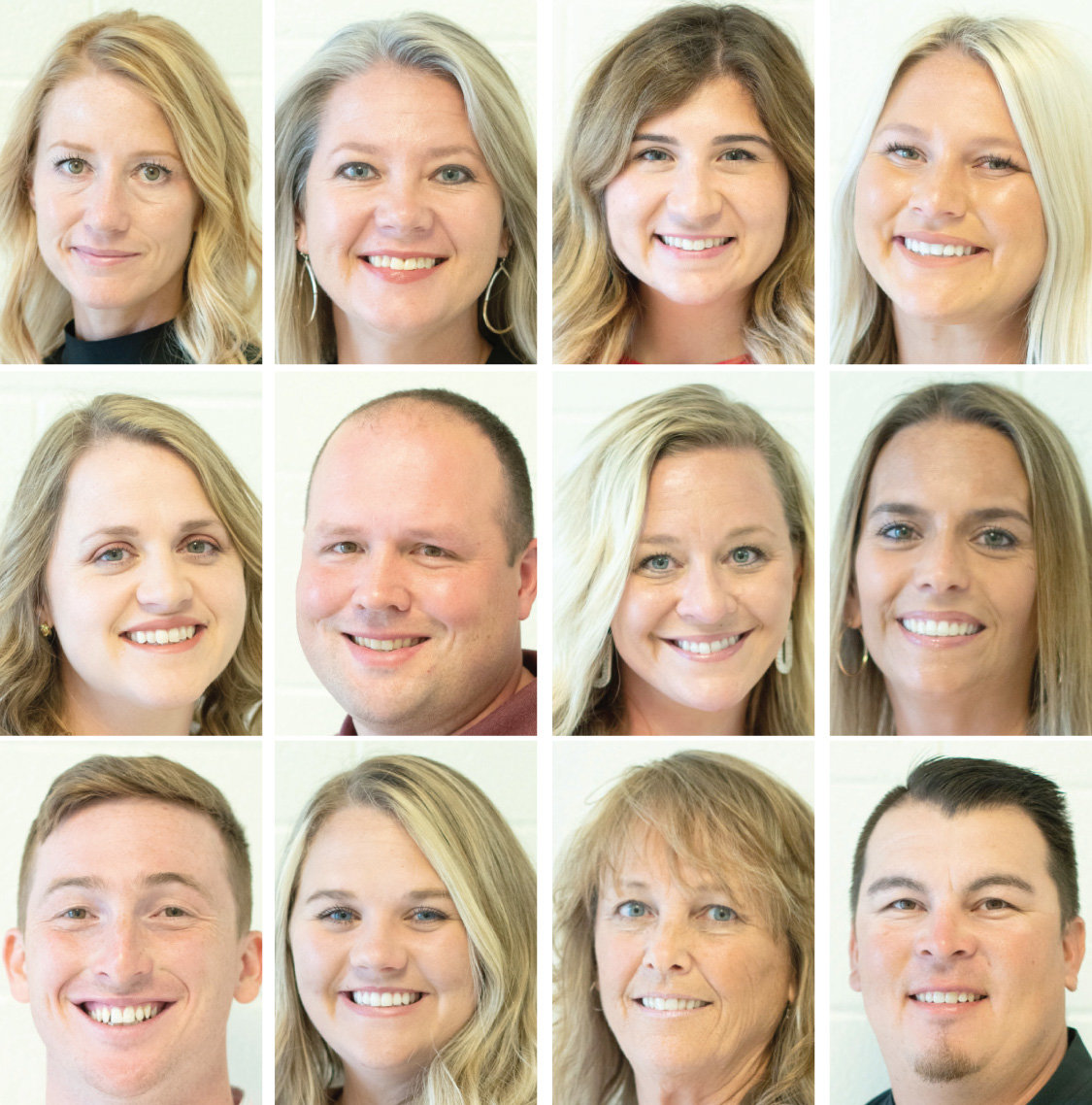 A dozen new teachers were in the classrooms to greet students at Washington Public Schools.

Barton is a counselor. She graduated from Oklahoma Baptist University and previously worked for Newcastle Public Schools. She and her husband, Chad, have two children – Harper and Spencer.

“I am excited about new opportunities and I have heard amazing things about Washington schools,” she said.

Johnson teaches second grade. She is a Washington graduate and has a degree from the University of Oklahoma. She previously taught second grade in Norman. She and her husband, Michael, have two children – Calvin and Johnson.

“Washington is my hometown,” she said. “It has long been a dream to come back and give back to my community.”

Wes Lawrence teaches special education and math. He is a graduate of Washington High School and East Central University. He previously taught elementary physical education at Little Axe. He and his wife, Jacqui, have two children – Kade and Isabel.

“Washington Public Schools is awesome,” he said “I believe I can help in special education due to growing up around my mother who has made a career in special ed.”

Mann teaches kindergarten. She is a graduate of Harrah High School and the University of Central Oklahoma. She previously taught kindergarten and first grade for Mid-Del Schools. She and her husband, Justin, have three children – James, Henry and Charlie.

“I’m excited to join my husband (middle school principal) and family,” she said.

Smith teaches technology to pre-K through fifth grade. She is a UCO graduate and previously was support staff at Washington Elementary School. She and her husband, Dillon Sanders, have two children – Makenzi Sanders and Maddix Smith.

“I am recently certified and excited to stay in the community I love,” she said.

“I have always heard how wonderful Washington Public Schools is,” she said.

Lampkin teaches eighth grade history. He is a graduate of Davis High School, SWOSU and ECU and previously taught physical education at Davis. He has five children – Alyssa, Daisy, Teagan, Rigby and Ripkyn.

He said he chose Washington because of the “family atmosphere.”

Jacqui Lawrence teaches sixth and seventh grade reading and English. She is a graduate of Choctaw High School and UCO. She previously taught fifth grade science at Little Axe.

“My in-laws are from here and my husband is a graduate of Washington High School,” she said. “I am looking forward to being a part of a small community.”

“Washington has been my dream job for as long as I wanted to become a teacher,” he said.

Wilcox teaches sixth and seventh grade math. She is a Washington graduate and attended Seminole State College, the University of Science and Arts of Oklahoma and ECU. She previously taught math and reading at Cache. She is married to Tanner Wilcox.

She is looking forward to “getting back into the Warrior family” at Washington.

Williams teaches seventh grade science and biology II, as well as serving as the middle school assistant softball coach. She is a graduate of Tuttle High School and Cameron University. She previously taught seventh grade science. She and her husband, Cole, have a daughter, Remi.

She chose Washington “to teach in the best district and to raise my kiddos in the best town.”

Duncan teaches high school family and consumer sciences. She grew up in Noble, but her senior year moved to Dibble. She is a UCO graduate and previously taught at Newcastle. She and her husband, Earnest, have a daughter, Kylee.

“I always challenge my students to step out of their box. Try something new. Challenge themselves,” she said. “What kind of teacher would I be if I didn’t do the same?” she said. “Plus, I love Washington.”