Wayne fell to Tushka in the State tournament 10-2 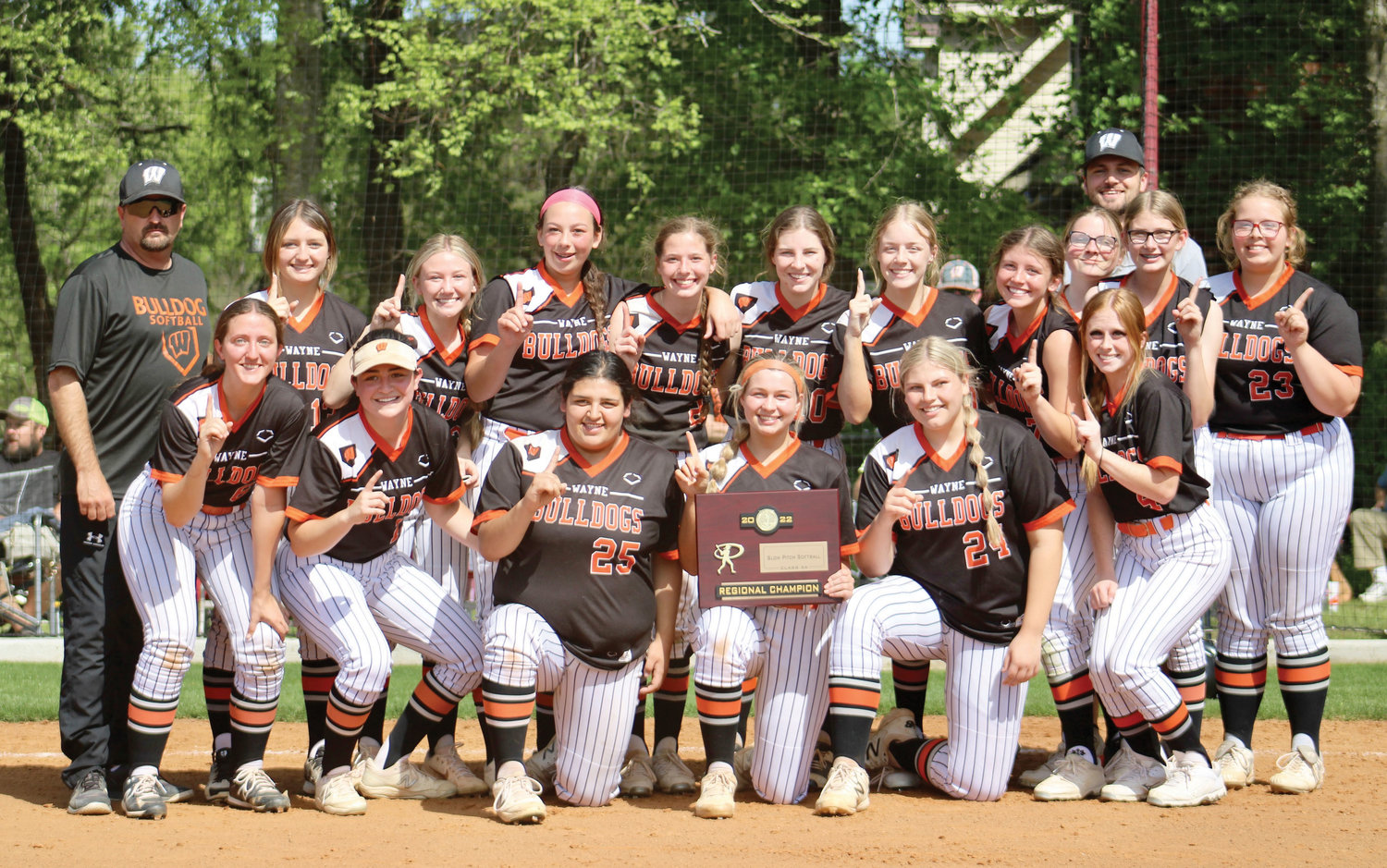 The Wayne Lady Bulldogs got wins over Hartshorne (8-7) and Pocola (3-2) in the Regional tournament last Thursday to punch their ticket to State. The 3A State tournament was Tuesday in Oklahoma City. Wayne played Tushka at 11:30 a.m. and fell to the Lady Tigers 10-2. 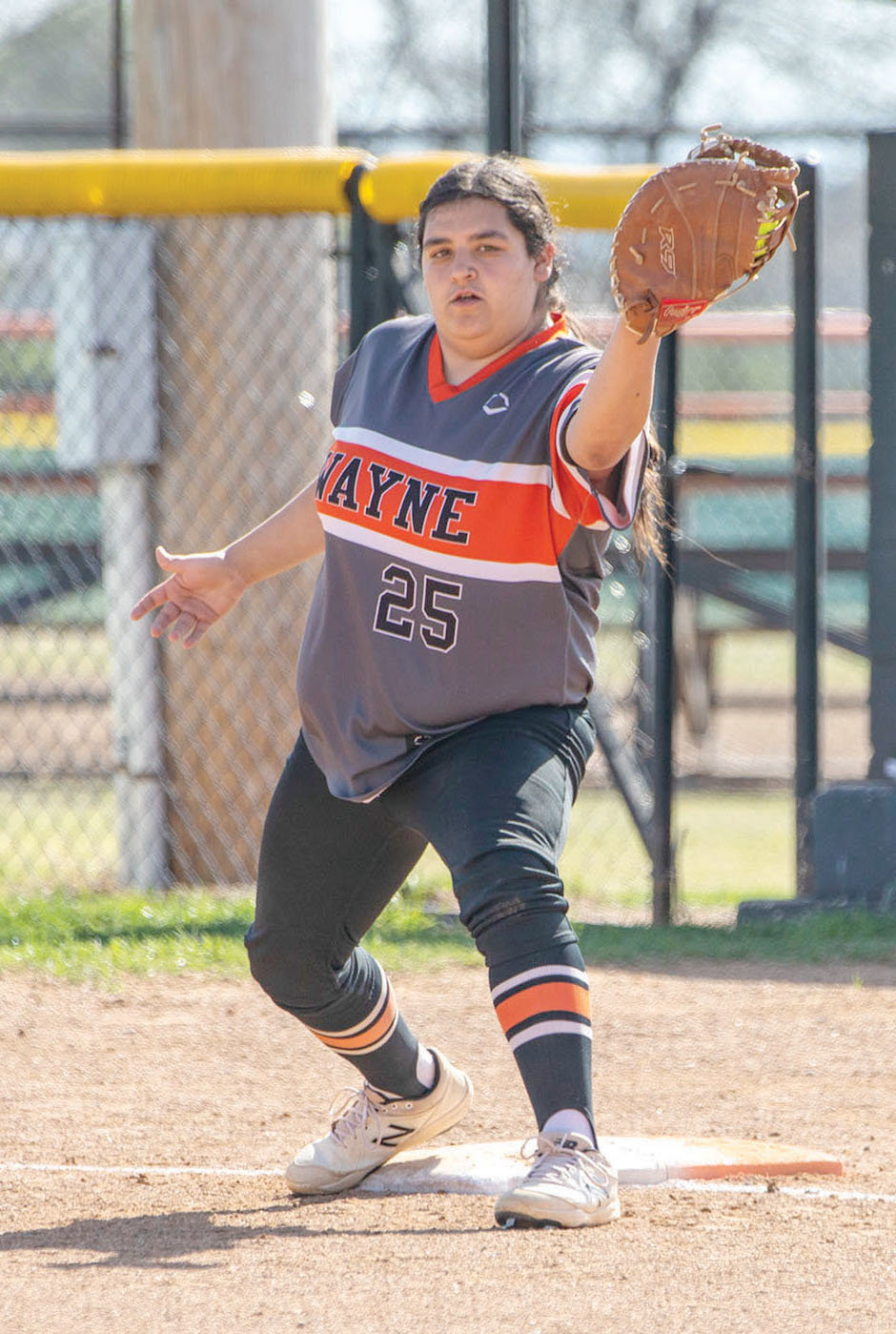 Wayne senior first baseman Mayce Trejo collects the ball for another out for the Bulldogs. Wayne was defeated 10-2 Tuesday in the State tournament by Tushka, ending their season.
Greg Gaston - double g images
Previous Next
Posted Thursday, May 5, 2022 9:00 am
Emily Montgomery

The Lady Tigers knocked Wayne out of postseason play with a 10-2 win.

Also in the 3A State tournament are Morrison (3A #1), Vanoss, Pocola, Boone-Apache, AmPo and Latta.

The Wayne Lady Bulldogs’ four hour trip to eastern Oklahoma was fruitful last week. They beat Hartshorne 8-7 then Pocola 3-2 in extra innings to win the Regional tournament and punch their ticket to State.

Wayne scored just three runs on seven hits to beat the #2 team in 3A.

Senior Mayce Trejo got Wayne on the board in the second inning when she launched a solo homerun.

The Lady Bulldogs added a run in the third to lead 2-0.

But, Pocola got one run across in the fifth and sixth innings to tie up the score at 2-2.

No runs for either team in the seventh inning sent the game to extra innings.

Wayne held Pocola without a run in the top of the eighth.

Sophomore Jordyn Debaets ended the game in the bottom of the eighth with a solo shot.

“We were tied at the bottom of the eighth and I pulled Jordyn aside before she went up to the plate. We had a little chat, then, on the second pitch, she hit it over the fence,” Durrence said.

A walk-off single from Daliyah Fuentes was the game winner for Wayne in their opening game of the Regional tournament.

The Lady Miners got on board first when they scored two runs in the first inning. Then two more in the third.

Wayne answered with one run in each of the first four innings.

But, Hartshorne was still in it thanks to three runs scored in the fifth to take a 7-4 lead.

Down 7-5 in the sixth, Trejo singled to score two runs and knot the score at 7-all.

Then, in the final inning of the game, Daliyah Fuentes got a walk-off single to score one run and win the game.

“Hartshorne is good. They’re the #10 team in the state. I’m proud of the way we played; we played some of our best defense all season.”