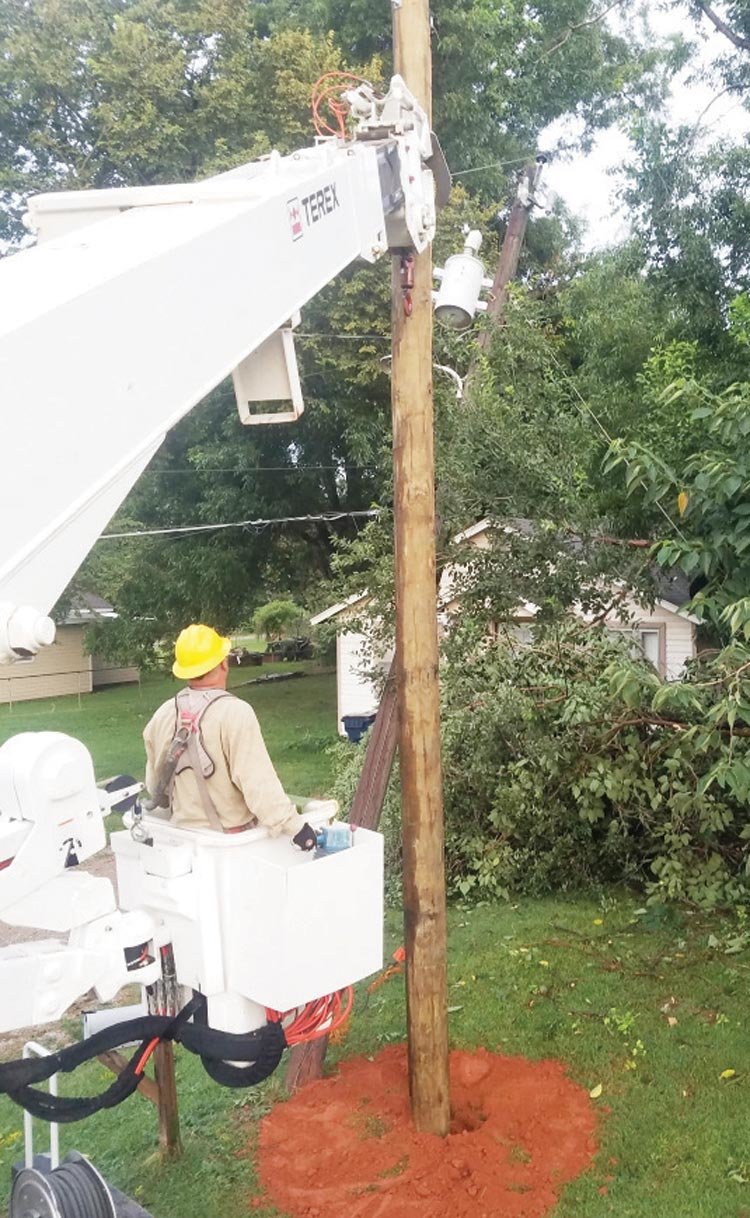 So that electric power could be restored to the 700-900 blocks of Canadian, Purcell Electric Crews replaced poles Sunday in the wake of a powerful storm that blew through the area Saturday night and Sunday morning. 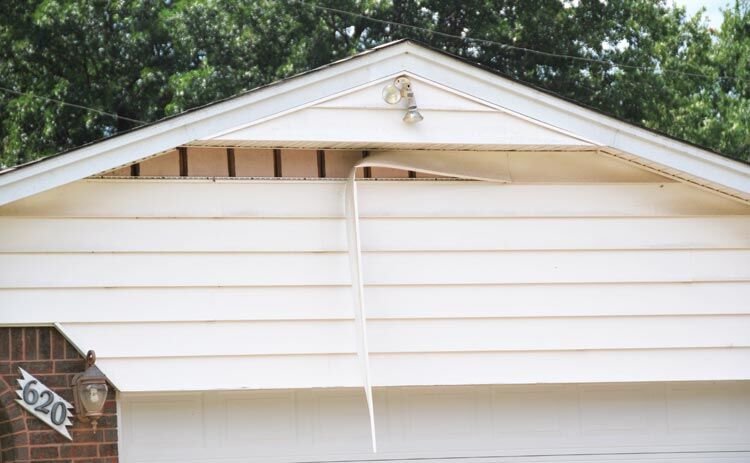 Numerous trees and some homes sustained damage when a potent thunderstorm rumbled through the Heart of Oklahoma around midnight Saturday. Poles were snapped and some power outages were reported in Purcell. Lexington was completely in the dark from midnight until 2 p.m. due to faulty feeder lines from OG&E. This home at 620 W. Adams sustained some minor damage.

A problem with the feeder lines from OG&E to the city of Lexington caused a power outage from midnight until 2 p.m. Sunday.

Lexington Police and fire have a generator donated by the Forestry Department so they could provide emergency services.

The remainder of the community, about 826 households and businesses, battled extreme heat and humidity with no electricity for air conditioning for 14 hours.

The outage came after a powerful thunderstorm rumbled through the area.

Purcell Electrical Department officials had the entire city up and running by 11 a.m.

“As of 4 a.m. we had power restored to everyone but the 700-900 block of Canadian,” Phillips said. “The two poles were replaced at daylight and power was restored to all customers in the city by 11 a.m.”

The storm packed a punch on trees and some buildings in the area but only dumped about 1/2” of rain on the area.

Another .2” was recorded last Friday giving Purcell .7” for the week.