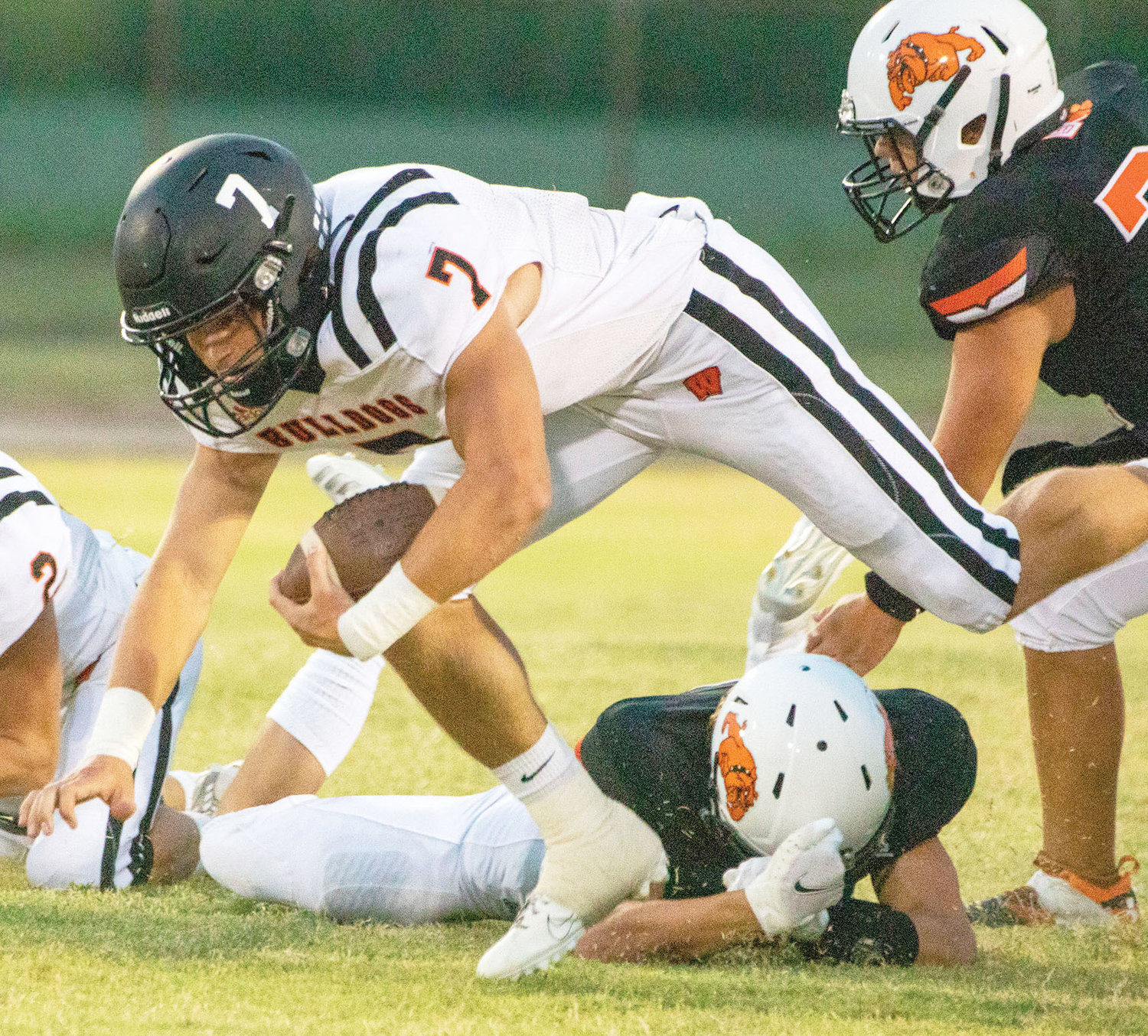 Wayne senior Ethan Mullins carries the ball for the Bulldogs. Mullins and the the Bulldogs were knocked out of the Playoffs by Tonkawa after a 27-0 defeat.
Greg Gaston - double g images
Posted Thursday, November 18, 2021 9:00 am
John Denny Montgomery

Wayne was defeated on the road Friday night by Tonkawa, 27-0.

It was the final game for Wayne’s outstanding senior class members, who went 30-13 in their Bulldog careers.

“They are a tremendous group of guys,” Wayne head coach Brandon Sharp said. “They will be missed. They were a great group to coach and I wish we’d have made a better run in the Playoffs.”

Tonkawa had a 21-point lead by halftime and controlled the game.

“They were more physical and got after us,” Sharp said. “They had a good game plan and executed it. They were sending eight guys at Ethan (Mullins) every play and they tackled well.”

Wayne struggled with penalties on offense and missed assignments on defense.

“It was a team effort in we didn’t play well in any aspect,” Sharp said. “It was one of the worst games I’ve called and they had an answer for everything. Not taking anything away from Tonkawa, but we didn’t show up and put our best foot forward.”

Wayne finished the year with an 8-3 record.

“This was a good group who won a lot of football games,” Sharp said. “A lot of them played positions they weren’t accustomed to playing and they did everything we asked them to do. I wish we’d have played better to end it.”