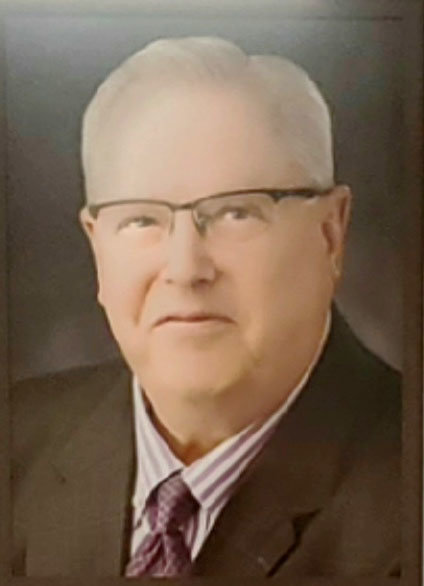 A Celebration of Life Memorial Service for Thomas Edward “Tom” Sherman, 76, of Norman willl be held at 2 p.m. Tuesday, April 26, 2022 at St. John’s Episcopal Church in Norman. Services will be under the direction of the Wilson-Little Funeral Home in Purcell.

He was born January 10, 1946 in Oklahoma City, the oldest of three sons born to Earl Lavell Sherman and Ellen Bell (Barney) Sherman. He was raised in Purcell and attended school there, graduating with the Dragon’s Class of 1964.

Tom attended the University of Oklahoma for a semester, before answering the call to service. He joined the United States Navy, and proudly served his country.

By chance, while on a blind date, he met a young lady named Dee Dee LeGate. Tom knew she was the one, and after just three dates, he proposed. Tom and Dee Dee were married on December 15, 1968, at the First Christian Church in Tulsa.  Their first home was in Key West, Florida, and then they were off to Rota, Spain while Tom was on active duty. After his honorable discharge from the Navy, he returned to OU where he earned his Bachelor’s Degree in Business Administration in 1977.

Tom and Dee Dee raised two sons, Brian Jeffrey and Thomas Christian. After graduation from OU, Tom began a long and distinguished career in banking, serving in Newcastle, Tulsa, Oklahoma City and Norman. He cared about his community and stayed active, serving in many capacities. He was a member of the Norman Regional Hospital Board and the Norman Chamber of Commerce, and at one time ran for Mayor of Norman.

Tom was a man of great faith, and longtime member of St. John’s Episcopal Church in Norman.  When he wasn’t working, Tom was probably cheering on his Sooners.  He especially loved OU Football and was a season ticket holder since the mid-1960’s.

He was a family man first; he cherished Dee Dee, his boys, and was a proud grandfather. Tom was a staple at any and all events that involved his kids and grandkids, from track meets and football games with his boys in the 80’s and 90’s to every grandchild event he could attend from Shawnee to Philadelphia. He will be dearly missed!

He was preceded in death by his wife, Dee Dee of the home; his parents, Earl and Ellen Bell Sherman and brother, Joe Sherman.

Tom is survived by his boys, Jeff Sherman and wife, Melissa, of Kennett Square, Penn., and Chris Sherman and wife, Nicki, of Shawnee, Okla.; brother, Charles Sherman of Purcell; his pride and joy, grandchildren, Emma, Harper, Abby, Maggie, Brady and Mirielle; and many nieces, nephews, cousins and friends.

In lieu of flowers, memorials may be made to St. John’s Episcopal Church Foundation, 235 W. Duffy St., Norman, OK, 73069 or to the charity of your choice.