The pulse of PMH 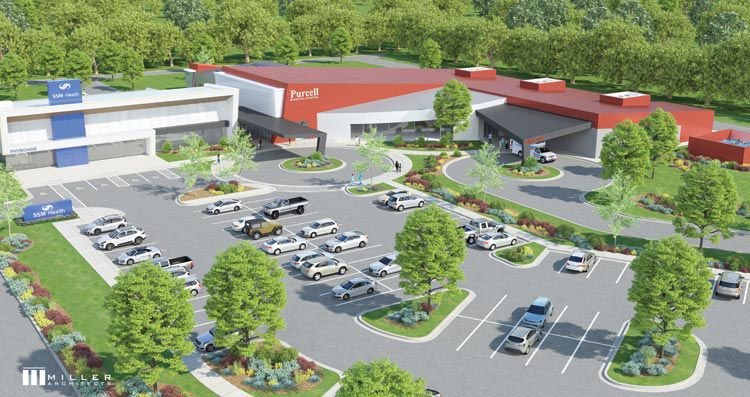 Exciting times are ahead for the Purcell Medical Community with ground breaking tentatively set for February 7. This is what the new facility will look like.

Purcell Municipal Hospital CEO Kem Scully told The Purcell Register the preliminary date for the groundbreaking for the new hospital is February 7 at noon.

The new 30,000 sq. ft. facility will have far more technology than the current hospital that was constructed in 1970 and partially remodeled in 1994.

The hospital employs 110 people with 70 full time employees. Last fiscal year the payroll for the hospital was $4.7 million.

Scully, who has been the administrator at PMH since 2014, said the new facility will have 10 in-patient rooms and two procedure rooms.

One of the procedure rooms will be for eyes and pain management and the other for endoscopy.

“There will be no surgical suite,” Scully said. “But there hasn’t been a surgery performed here since 2018.

“As far as the public is concerned we’re taking away no services that we currently provide,” she said.

“I want to emphasize to everyone the City of Purcell owns it,” Scully confirmed. “The office building will be owned by the developer (Miller Neff Developers of Oklahoma City) which will lease space to SSM who will in turn sub lease office space to physicians,” the CEO said.

Miller Architects, Inc., is in charge of the project that is expected to take an estimated 18-24 months to complete.

Scully spoke to the Purcell Rotary Club about the project at its Wednesday noon meeting at Trinity United Methodist Church this week, answering questions that are on the minds of the public.