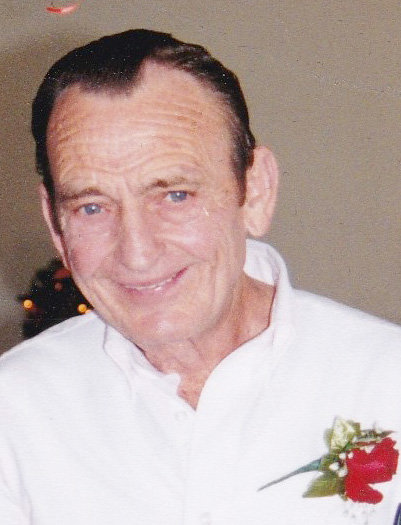 Theodore Capps was born February 22, 1936 in Verden, Okla., to Marvin and Fannie Bell (Standridge) Capps. He spent his early years in Rush Springs and later Dibble, graduating with the Class of 1954.

Ted married his true love and life partner, Mary Kathleen “Kathy” Baker on August 1, 1959 in Noble. At the time, Ted was working as a Butcher for Central State Hospital in Norman. In 1964, they purchased a small acreage near Wayne where they raised their children, daughter, Lisa, and son, Mark.

Ted retired as a supervisor after more than 40 years of dedicated service. Throughout the years, Ted also sold used cars. He loved classics, and especially Mustangs. He owned and operated Ted Capp’s Used Cars and sold hundreds of cars throughout the years. He was dubbed the “Mustang Alcoholic” by his peers after selling more than 100 Mustangs in just one year.

If you asked him, Ted would tell you that he tried to retire at least 3 times. The truth of it is, he stayed busy doing something. And whether it was growing tomatoes, or attending car shows, he was active.

Ted cherished his unique relationship with his son, Mark. They were thick as thieves and good pals. He often talked about his fur baby, Charlie, and how they grew up and old together.

Most recently, Ted was able to rekindle an old friendship with Aleta Cox, and they enjoyed each other’s company. He was a wonderful father and grandfather, brother, uncle and a true friend. He will be dearly missed!

He was preceded in death by his wife, Kathy Capps; his daughter, Lisa Flowers; parents, Marvin and Fannie Bell Capps; brother, Melton Capps and his sister, Wilma Pierce.

Ted is survived by his son, Mark Capps and wife, Tuesday, of Wayne; sisters, Lorine Adair and Dorine Elliott, both of Purcell; grandchildren, Bridget Hames and husband, Rondell, and Dalton Flowers; his companion, Aleta Cox and a host of other family and friends.