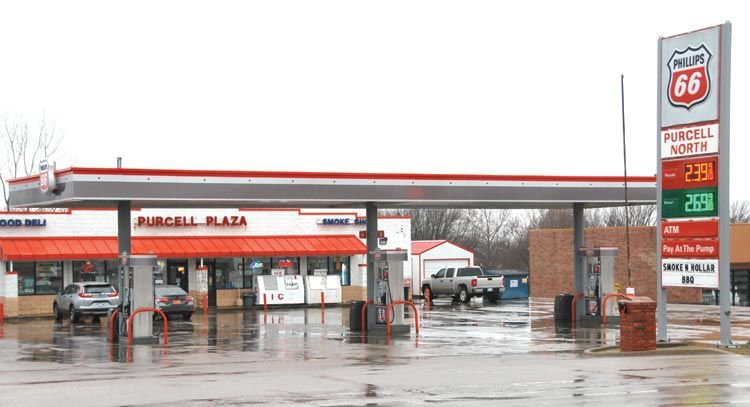 What ended with an OHP pursuit and shootout in Moore started about 11:40 a.m. at the Conoco North in Purcell. A Chevrolet Tahoe was stolen with the gasoline hose still in it. A shootout in Moore ended in the death of the suspect.

What started off as a stolen vehicle from the Conoco North convenience store in Purcell turned into a deadly encounter in Moore.

According to Purcell Police, Curtis Fielder of Purcell went into the convenience store to pay for his gasoline.

While he was in the store the suspect jumped into the Chevrolet Tahoe and sped off with the fuel spigot still in the Tahoe about 11:40 a.m. Wednesday.

“The suspect popped in and took off, ripping the hose off the pump,” Purcell Police Chief Bobby Elmore told The Purcell Register.

“The vehicle went northbound so we alerted all area agencies,” Elmore continued.

The Oklahoma Highway Patrol ended up behind the Tahoe near Goldsby and once they confirmed the tag information, gave pursuit.

Other OHP units responded and the vehicle ended up in a crash near Shields Blvd. and 27th Street in Moore.

Elmore said shots were fired and the suspect was killed. Also on the scene were Oklahoma City and Moore Police Departments.