First appearance in the State tournament since 2019 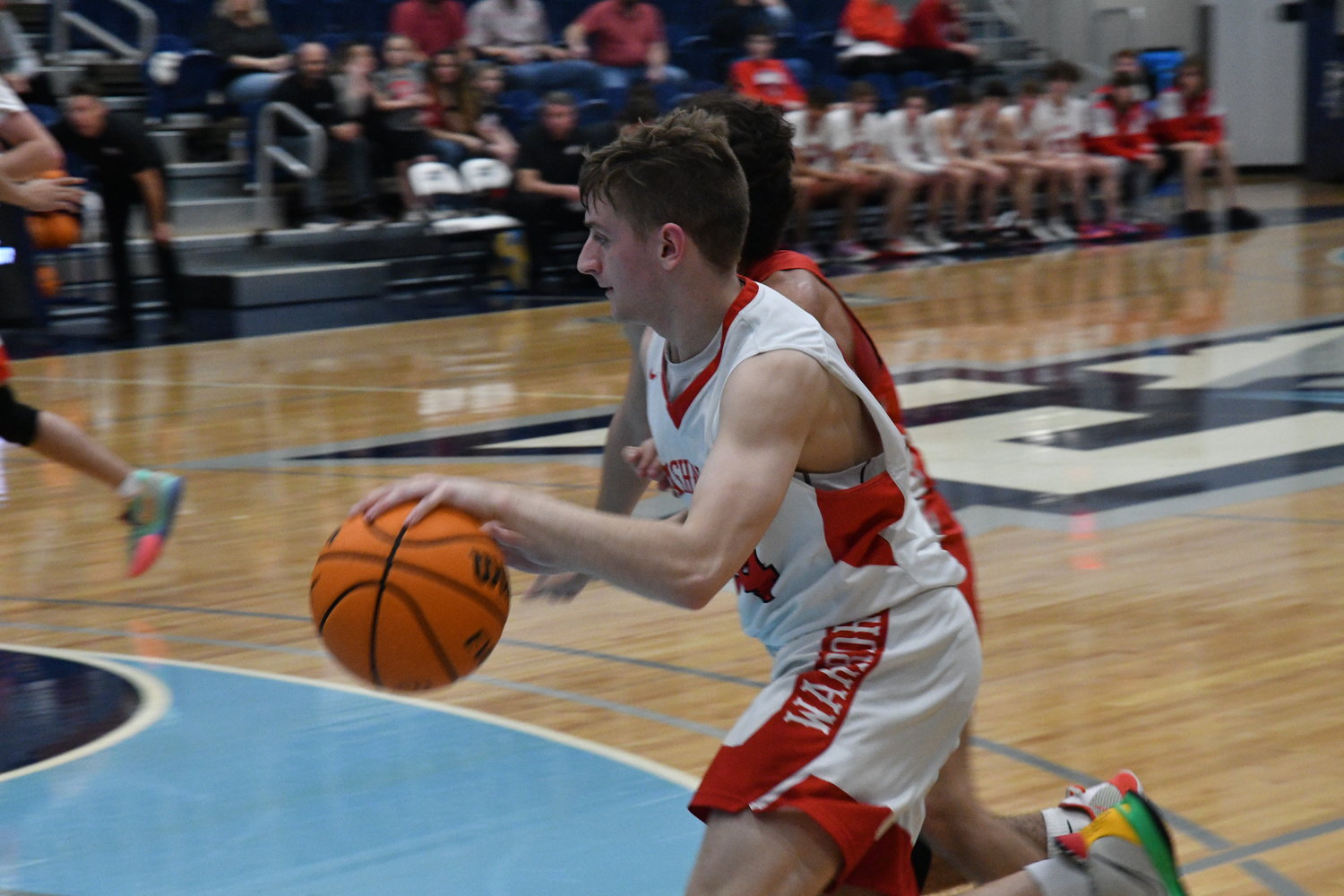 The Washington Warriors earned a berth to the State basketball tournament after defeating Purcell 51-36 in the Area tournament championship.
Going into the season this is the spot that head coach TJ Scholz thought his team would be in.
“I thought we had a chance to get to State, if not win it,” he said. “Basketball is a grind and you get through the lull of January then everyone can reset during the playoffs.”
After losing to the Dragons in their first two times to square off, the Warriors hit the reset button for the third match up.
“We had a game plan to wear them out,” Scholz said. “We wanted to turn it into a track meet and making them work helped us later in the game. Our bench was a little deeper.”
The Warriors specifically tried to keep Purcell point guard Malachi Evans from getting the ball into his hands.
“Their whole offense runs through him and we used Tony Trejo, Hector Quinonez, Luke Hendrix, Rayce Castor and others for on the ball defense to wear his legs out,” Scholz said.
Scholz’s team also got a boost when Purcell post man Hayden Ice fouled out early in the fourth quarter.
“Kobe Scott was putting in work to get Ice into foul trouble,” Scholz said.
Scoring got off to a slow start in the game and both teams only scored 15 points apiece in the first half.
“We only had 15 in the first half and knew we had to start hitting some shots,” Scholz said.
Hayden Hicks answered the call and scored 11 points in the third quarter. He finished the game with a game-high 21 points.
“We went guard heavy and just played small ball when Ice went out,” Scholz said.
Cash Andrews and Trejo also both scored eight points in the game.
Scholz is proud of the way his team has handled adversity this season on the way to a State tournament berth.
“It’s a tribute to our guys who put the team first,” he said. “Luke Hendrix is a three-year starter and is putting the team first. He’s such a good teammate and could care less if he isn’t scoring. He puts the team first. Jamison Holland is the same way and there are others.”
The Warriors have 10 players averaging double digit minutes played per game this season.Scholz hopes that comes in handy Wednesday against CCS (21-8) in the Big House at State Fair Arena.
“CCS is really good,” he said. “We hope to use our bench to our advantage again.”
Tipoff is set for 9 p.m.
Washington is 19-8 this season.