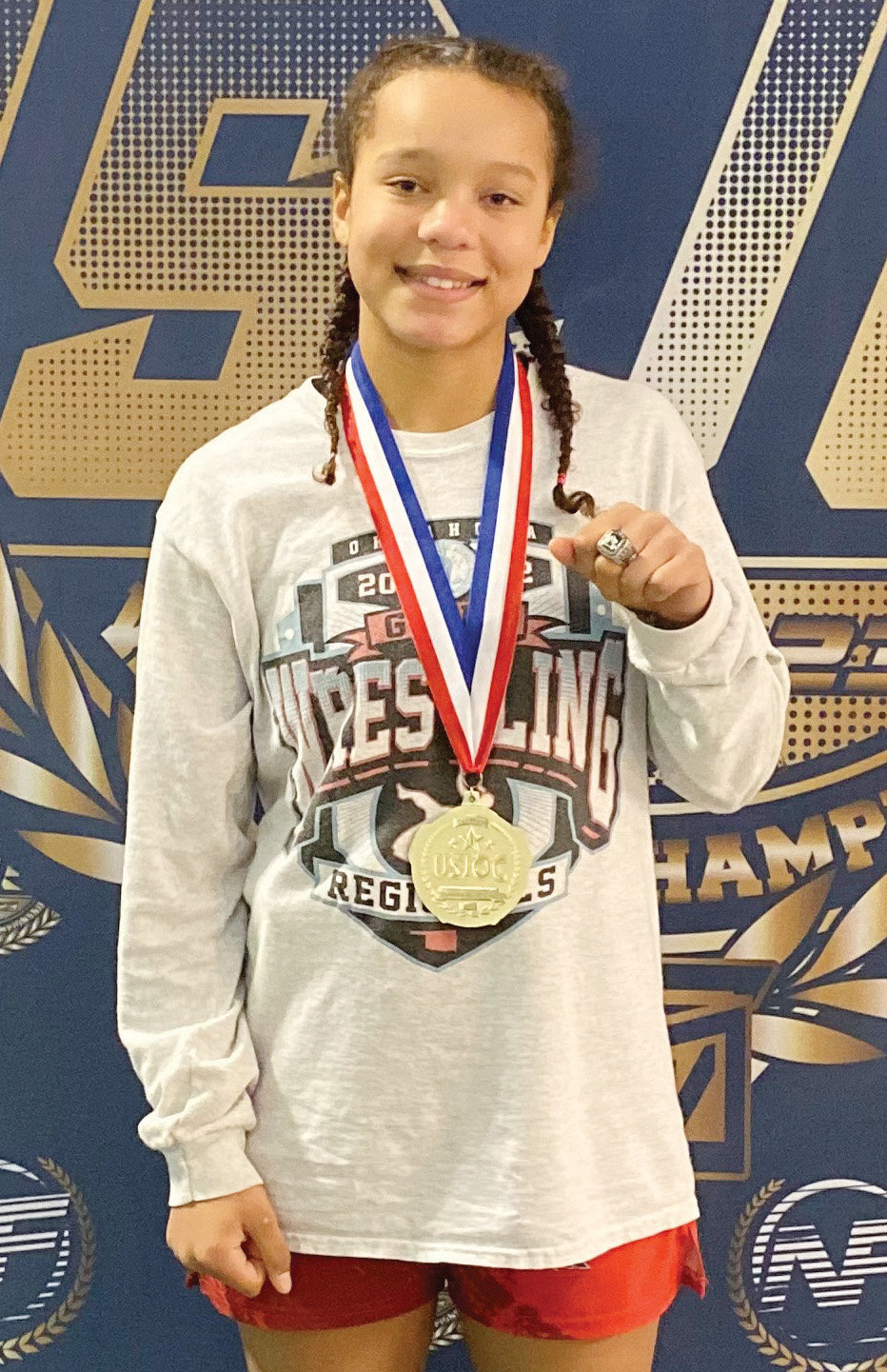 Coty Sessions took home first place honors at the United States Junior Open Championship wrestling tournament Dec. 30-31. She competed in the 15-and-under division in the 110 pound weight class. She was also named the Outstanding Female Wrestler of the tournament. Sessions didn’t allow a point to be scored on her by any opponent.
Posted Thursday, January 5, 2023 9:00 am
The Purcell Register

Sessions competed in the 110 pound weight class and didn’t allow a point to be scored on her by any opponent.

She was also named the Outstanding Female Wrestler of the tournament.

The USJOC is a nation-wide tournament held at the State Fair Grounds in Oklahoma City.

She is the daughter of Holly and Jake Fuller.