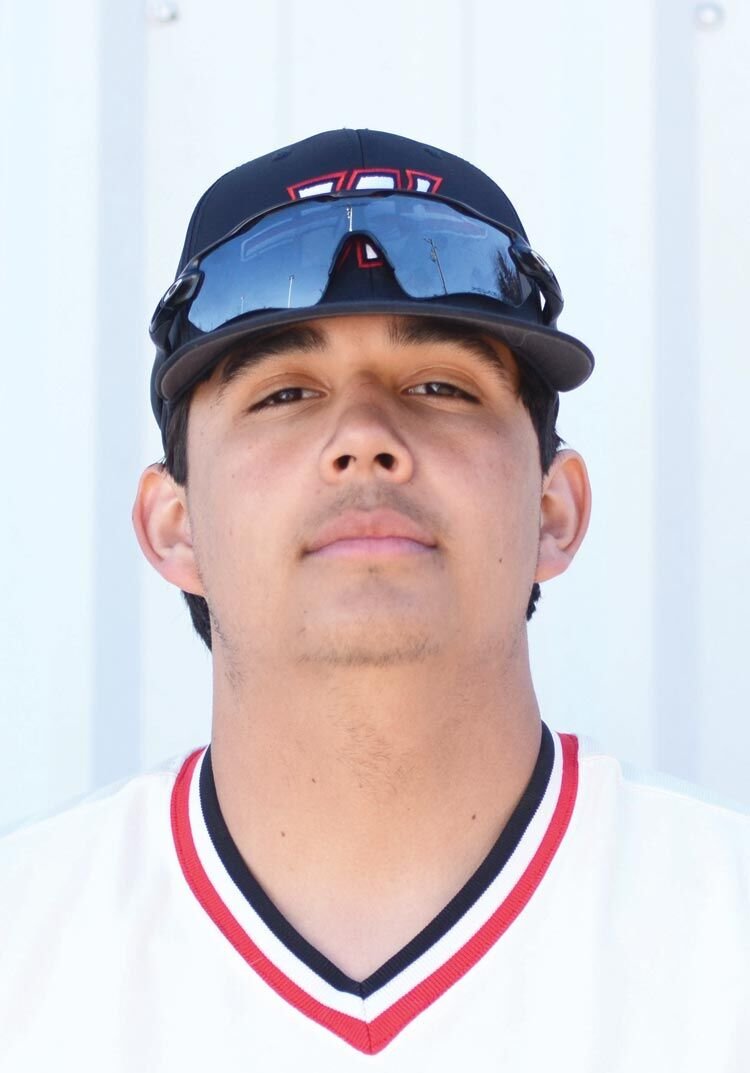 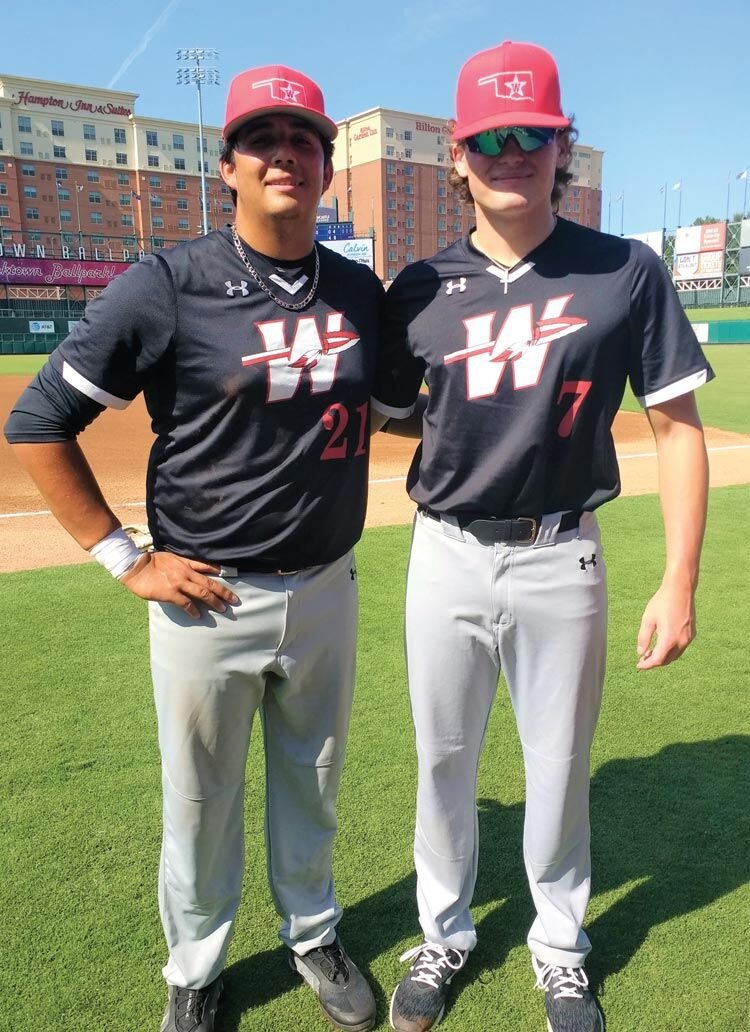 The name “Gabe Williams” has a nice ring to it. It’s kind of like Mickey Mantle, Hank Aaron, Babe Ruth, Willie Mays, or Ted Williams. It just rolls off your tongue – short and sweet.

Don’t be surprised if you hear his name again in a few seasons.

That’s because the 2020 graduate of Washington High School is a big, tall, and confident young man with a super bat and a great arm on the baseball field.

If one is in doubt of Williams’ ability on the baseball field, just ask Washington head baseball coach Jeff Kulbeth. He’ll tell and sell you straight about Williams’ contributions on the diamond.

“Gabe was one of those guys who came in at an early age and he had his own style,” Kulbeth said last Saturday afternoon in Oklahoma City. “He bought into what we believed in and the process that needed to take place in our program.

“Obviously, playing in the All-State game today has shown that he has made the improvements to get to where he’s at today. I’m very proud of him and the whole town is proud of what he’s accomplished.”

Williams (along with Washington teammate Nick Andrews) were on the Class 3A-4A Middle West team that defeated the Middle East, 4-2, for the victory.

Williams went 1-for-2 with a single.

The game was the first time most (if not all) players had played in an actual baseball game since March, when the dreaded Covid-19 virus shut down all Oklahoma schools and virtually the entire United States.

“It’s really exciting to be around baseball again,” Kulbeth said. “If anybody deserved to play baseball today, it was any of these 2020 seniors across the state and not just from Washington.

“The opportunity to go out with your teammate (Nick Andrews) and be at the All-State game has got to be exciting for him. They are all well deserving of playing in the game.”

Williams is an outfielder and a pitcher with a strong arm. Plus, he has a very potent bat.

In 2019 during his junior season, he hit a lofty .346 along with five home runs and a team-leading 28 runs batted in.

On the mound, Williams posted a 4-1 record with 3.30 earned run average and 40 strikeouts. He was one of five Warriors who played and started for three years at Washington.

During their junior year, all five had remarkable marks. In addition to Williams, Andrews hit .292 with three homers and 15 RBIs and he went 7-2 on the mound with a 2.27 ERA and 76 strikeouts.

Devin Orr hit a team-leading six homers along with 26 RBIs and a .360 batting average.

“That group of players was really close,” said Kulbeth, who has been an athletic coach for 30 years – the last four as Washington’s head baseball coach. “There were five of them that started as sophomores and came all the way through the program. To have that was really special for me.”

Washington went to the Class 4A state tournament in 2019 after a long hiatus. The Warriors finished the season at 22-5. They beat Chandler, 6-3, before losing to Muldrow, 15-3, for the title.

“What Gabe, Nick, and the other three guys have done is put us back on the map,” Kulbeth said.

“It’s elevated us to the level where we want to be in contention every year for the state tournament and hopefully win a State title one of these days.

“We had a special team this year but unfortunately the season was shut down. Those five guys, though, elevated and changed our program for the better. They were a blessing for us.”

Williams (whose father Chris and brother Tanner were in the stands) was very happy to be back out on the diamond last Saturday at the Bricktown Ballpark.

“It was a good win and we didn’t make any errors. The most important thing, though, is that we all came in here and had fun and we got to play together one last time.”

Williams is mighty glad he had the opportunity to play for a coach like Kulbeth.

“My time at Washington was fun and I was blessed with a great coach,” Williams said. “He always made me check my ego at the door. I never had to worry about anything because he let me play my game.

“I had a lot of fun and I appreciated him letting me do what I did. I worked hard and I wouldn’t trade my career at Washington for anything else.”

Williams wasn’t only an OBCA All-State player. He was also named to the Native American All-State baseball team. Both he and Orr were tabbed for the honor this spring. Orr is a Chickasaw while Williams is both Kiowa and Creek.

“That’s a really cool honor, especially for my family,” Williams said. “We’re all Native Americans and it was really nice to know that I got that honor as well. I really appreciated that award.”

Williams hated to see his senior season go down the drain due to the coronavirus. But, he’ll get to play college baseball next year at Carl Albert State College in Poteau, so he’s counting his blessings.

“To be honest, it really sucked,” Williams said of his senior season being cancelled. “We were going to win it all this year, I know. We worked hard and we had a great team put together. We just knew that we were going to do it - and then it just suddenly stopped.

“We worked hard all off-season and we came out with all intentions of winning state. Yeah, it sucks but we’ll get over it. Unfortunately, not all of the seniors are going to play college baseball. But, Nick (the University of Oklahoma), Oliver Wilson (Southern Nazarene University), and I are getting to play in college. There’s always a silver lining.”