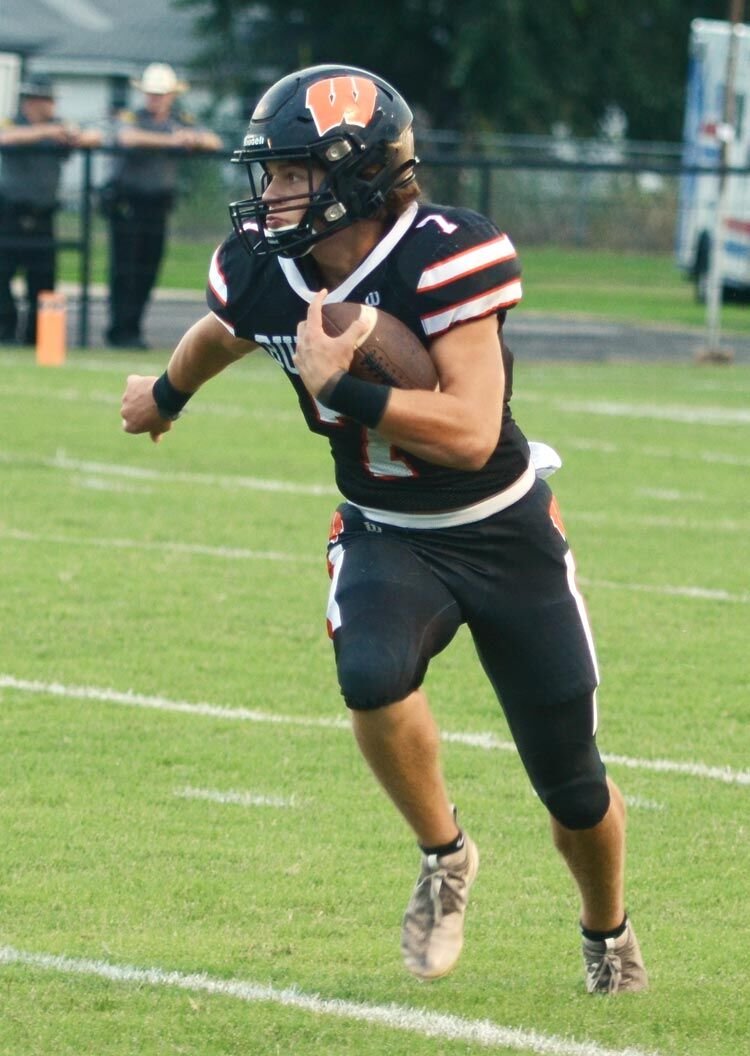 Ethan Mullins returns a kickoff earlier this season against Lexington. Mullins and the Wayne Bulldogs travel to Wynnewood for a rare Saturday game at 1 p.m. against the Savages.

Wayne travels to Wynnewood for a rare Saturday game at 1 p.m. against the Savages.

Due to some issues with the lighting at Wynnewood’s field, the day game is necessary.

The Savages are coming off a 48-6 loss at the hands of Davis  last week.

“They have a good senior quarterback who runs well,” Sharp said. “They’ll get him on the outside in sprintouts in the passing game.”

Wynnewood has some talented players up front along the offensive line.

“They have an offensive tackle who is probably one of the best we’ve seen in a while,” Sharp said. “If he gets his hands on you you’ll go down.”

Offensively Wynnewood will operate out of a varience of the spread offense.

Wynnewood defends out of a 3-4 scheme with a zero technique with the big tackle moving over on defense.

“They’ll move the big kid around and he’s athletic,” Sharp said. “They have some new guys in the back end but they’re athletic too.”

With the extra day of preparation the Bulldogs will be able to study a little more film, according to Sharp.

“It will be different playing on Saturday but we just want to go out and play a clean game,” he said.