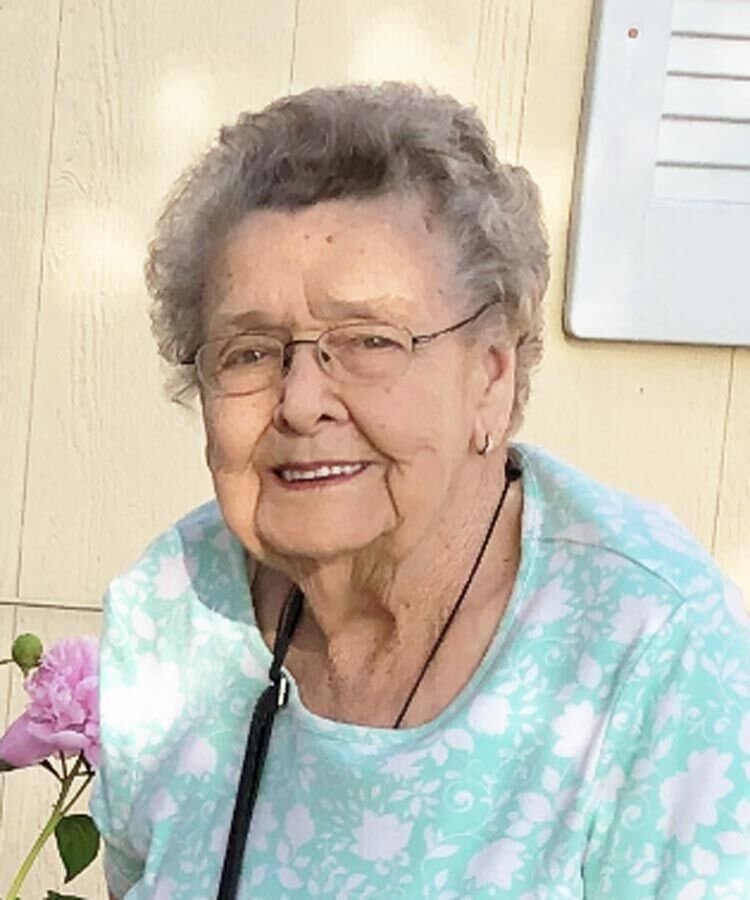 A Mass of Christian Burial for Ruby Whatley, 97, was held Wednesday, June 16, 2021 at the Our Lady of Victory Catholic Church in Purcell. Interment was at the Hillside Cemetery in Purcell under the direction of the Wilson-Little Funeral Home in Purcell.

Mrs. Whatley was born in the country just outside of Purcell, on May 22, 1924. Her parents were Daniel William Shea and Helen Edmae (Dumas) Shea. She was the oldest of nine children, including Dorothy, Bill, Laverne, Dan, Bobby Joe, Ralph, Betty Ann and Linda. She always loved school but she had to quit in the eighth grade to take care of her younger siblings.

Ruby married Kenneth Whatley on September 14, 1940. They were married 56 years, before Kenneth passed away in 1997. Together they had three children, Norma Jean, Jerry Dan and Sandy. She was a good wife and the BEST Mama. She cooked every meal, much of which came from the garden, sewed all of her life and when the kids were little, she made most of their clothes.

Ruby learned about working hard at a very young age and continued to do so for the rest of her life. She cooked at several cafes and was head cook at Hawthorne (South) School for many years until she had to retire in 1973 due to a heart condition.

After she retired, she stayed busy with a multitude of things.She liked to fish, she made quilts, she grew her garden, she canned, made pickles, and made every kind of jelly, she tended to the chickens, she loved to just watch the cows in the pasture, and most of all she loved to be with her family.

On Saturday afternoon, June 12, 2021, Ruby Shea Whatley, after 97 years of loving and being loved, left this earth to see Jesus and all those she loved in heaven.

She is survived by her children, Norma Tracey and husband, Ronnie, Jerry Whatley and wife, Shirley, and Sandy McCaskill and husband, Terry; her grandchildren, John, Kenny, Georgie, Kim, and Danny, Susie, David, Chrissy, and Kelli, Mike, Chelle, and Jeff; great-grandkids and great-great grandkids too numerous to name but she treasured them all!