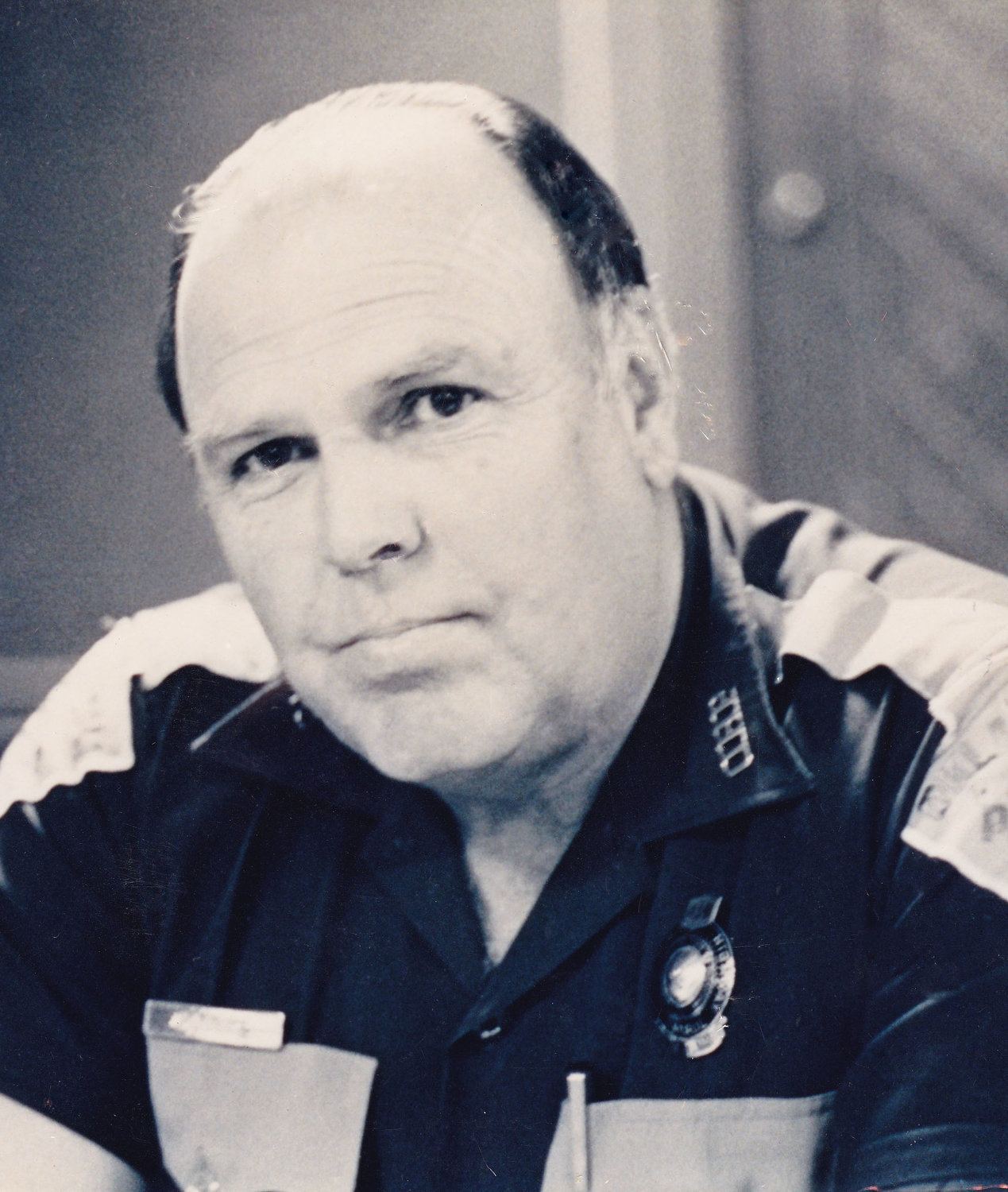 Funeral Service for Roy William Rogers, 78, of Dougherty will be held at 10 a.m. Thursday, February 10, 2022 at Crossway First Baptist Church, 2108 W. Broadway Ave., in Sulphur, Okla. Interment will follow at 2 p.m. at the Washington Cemetery. Services will be under the direction of the Wilson-Little Funeral Home in Purcell.

Public visitation will be Wednesday, February 9, 2022 from 9 a.m.-7 p.m. at the Wilson-Little Funeral Home.

Roy was born December 27, 1943 in Fontana, Calif., the older of two children born to Lena Mae (Wade) and Robert Stoney Rogers. He graduated from Wayne High School with the Bulldog Class of 1961. He then attended Murray State College in Tishomingo, Okla., and the Ardmore Higher Education Center. Roy joined the United States Army and served his country proudly, serving one tour in Vietnam from 1965-1967.

Roy joined the Oklahoma Highway Patrol in 1968, graduating from the Academy with the 24th patrol class. Wearing badge #418, Trooper Rogers served on a variety of assignments in various locations throughout his career He served the Highway Patrol in Carter County, Murray County, the Size and Weights Division, the Public Information Office, the Safety Education Division and as the Headquarters’ Liaison. He was an original member of the Oklahoma State Troopers Association (OSTA) in 1974.

Trooper Rogers was elected President of the organization in 1993, and was reelected eight more times, opting not to seek reelection in 2009. As the longest serving President in OSTA history, President Rogers dedicated himself to the enduring mission to do the best for the troopers in Oklahoma.  He enjoyed making a trooper’s life better than when he first joined the Highway Patrol. Trooper Rogers was elected to the Board of Directors of the Oklahoma Law Enforcement Retirement System (OLERS) in 1994, elected Chair in 1995, and held that position until 2019.

Roy enjoyed his work, collecting guns, auctions and estate sales, and a good joke. He cherished his family, and was always willing to lend a hand to someone, and a true friend. He was a man of great faith and member of the Dougherty Baptist Church.

He was preceded in death by his parents, Stoney and Lena Mae Rogers;  second wife, Judy Lawson and his daughter, Robin Jeannice Rogers.