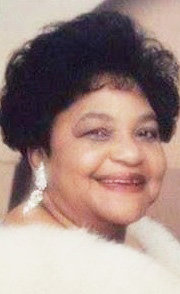 Roberta Green died March 21, 2022, in Norman, Oklahoma, at the age of 88 years 11 months 24 days. Funeral Services were held Tuesday, March 29, 2022 at Wadley’s Funeral Chapel. Interment followed at Hillside Cemetery in Purcell, entrusted to the care of Wadley’s Funeral Service. Online condolences may be made, and service live streamed at www.wadleysfuneralservice.com.

Roberta was born March 28, 1933, in Ada, Oklahoma, to Theodore and Mary Elizabeth (Scott) Alford. She was raised in Purcell by her grandmother, Izora Midgett.

On June 11, 1948, she married Esau Green in Purcell. They moved to San Diego, where Roberta finished school. She continued her education at Grossmont Vocational School for Nursing, graduating in 1966. Roberta and Esau raised their family and fostered over a hundred children throughout their marriage. They were married for 45 years before Esau’s passing in 1993.

Roberta enjoyed sewing, crocheting, cooking, reading, singing, traveling, and occasionally going to a casino. Roberta enjoyed phone calls from her grandchildren every Sunday, and family members coming to visit her.