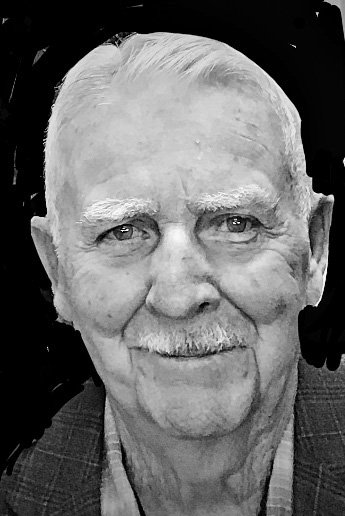 Bob Minter, “Doc” to his many friends, went to be home with his Heavenly Father on the 6th of August 2021. Bob was born on July 3, 1931 in Oklahoma City, Okla. He passed away quietly with his wife and family members in attendance. He and his wife Margee Ann had recently moved to Atlanta, Georgia, in January to be closer to family.

Bob lived a full life, fuller than most and all who knew him well, knew that he lived his life how he saw it. He was strongly guided by long standing principles of family first, fair dealing with others and hard work. Bob also had an exceptional sense of humor, he was always one for a story, a joke and many times a practical joker to his friends. He was also an astute businessman having had multiple ventures rooted in the cattle and land business. At one time he even owned a cattle ranch in Nicaragua. Also, he was an accomplished welder having been schooled on this by his father Henry, also known as Doc.

After graduation from Norman High School in Norman, Okla., in 1949, he briefly attended the University of Oklahoma and after two semesters entered the US Air Force and served during the Korean War.

Prior to the end of his enlistment, he married his high school sweetheart and love of his life, Margee Ann Hawks in 1953. He later attended Oklahoma A&M and graduated in the first class of Oklahoma State University in 1957.

Bob then went onto his next career as a ranch manager in a variety of jobs from El Reno Okla., to Manhattan, Kan., then to Kansas City. Veterinary School at Kansas State University became a dream, then reality, graduating from there in 1966.

Moving the family back to his home state after graduation to Purcell, Oklahoma; he started a veterinary practice. He built a phenomenal practice that covered not only McClain County but surrounding counties. Bob’s partnership with his former classmate Dr. Tom Martin was also a key to the success of the Purcell Veterinary Clinic.

What followed was a shift not only in geography for Bob, but also his career. His practice started to focus more on equine medicine and coverage as an official veterinarian, for several quarter horse racetracks in Oklahoma. He and Margee settled in Wynnewood in 1978 and bought land for what became the Minter Ranch. He eventually became the official veterinarian for Remington Park in Oklahoma City.

Upon his retirement from his “racing career” he settled into fulltime ranching at his home place. He worked tirelessly on the Minter Ranch referring to it as “Central Park South” as he often did, while pontificating about life from the front porch.

He will be missed by family and friends. So, think about Bob often, repeat wonderful and funny stories about him and mention his name when you do. He will be very busy in heaven and will be looking upon us from God’s Cattle Ranch, in Heaven, where he will be the head wrangler, official veterinarian and ranch manager.

A graveside service is pending. An announcement will be forthcoming regarding the planned service.

The family suggests sending memorial contributions to SAVE A WARRIOR™.