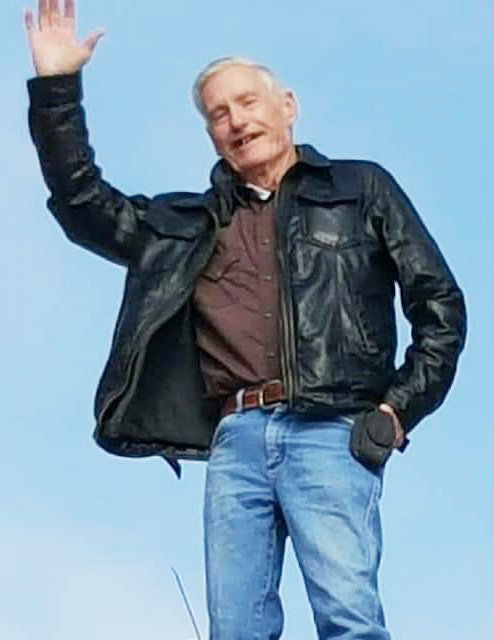 He was born February 5, 1940 in Swink, Oklahoma, the fifth of 11 children born to David and Eunice (Powers) Clark, and raised primarily in Lexington and the Story Community.

Like many in that time, Robert left for California following work. By chance, he met a young lady from Stillwell, Okla., named Billie Ann Workman, who was in California for the very same reason. They fell in love and were married on June 20, 1962 in McKinleyville, Calif. They eventually returned to Oklahoma, settling in Purcell where they raised their children, sons, Neal, Tim and Robbie and daughter, Angie.

Robert worked as a self-employed roofing contractor for more than 40 years, and until recently could still crawl up a ladder. He was a hard worker and a great provider. After Billie’s passing, he reconnected with longtime friend, Debra Shankle, who was also widowed. When he wasn’t working, Robert enjoyed listening to music and playing dominos.

He flipped several houses, and had a knack for spotting a good property. He liked visiting with family and friends, and visiting the casinos even more. He was a wonderful father, grandfather, great-grandfather, brother, uncle and friend. He will be dearly missed!

Robert is survived by his boys, Neal Clark of Purcell, Tim Clark and wife, Susan, of Lexington and Robbie Clark and wife, Shannon, of Purcell; daughter, Angie King of Lexington; brother, Thomas Clark of Pauls Valley; sister, Opal Ellison of Van Buren, Ark.; nine grandchildren; 14 great-grandchildren and one more on the way; several nieces and nephews and a host of other family and friends.