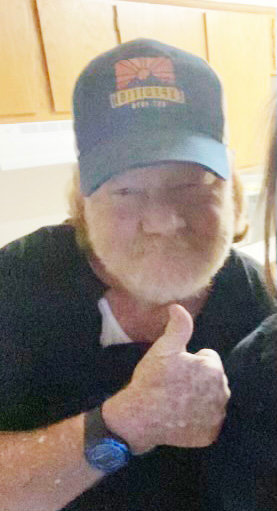 On Friday the 29th of October, 2021 Ricky Harold Wade, loving husband, stepfather and PaPa passed away surrounded by loved ones at the age of 55.

Ricky was born in Oklahoma City on December 4, 1965, to Ray Wade and Linda Lansdale. He and his brother spent a few years growing up in Norman but made Purcell their forever home. He loved the outdoors as a kid and was always out riding his bike fishing or could be found in the local pool hall.

In 1983, his brother Ronald bet that he wouldn’t go and talk to a pretty girl while playing pool. Never one to back down from a bet, Ricky met the love of his life, Elaine. They would spend the next 37 years by each other’s side. Shortly after meeting her, he moved to Maysville, Okla., where he became a full-time stepdad and took joy in helping raise Cammey Turner of Purcell, Charley Don Turner of Wayne and Kent Turner of Lindsay.

Ricky’s love for the outdoors continued for the rest of his life. He loved to fish and was persistent in getting his fishing license up to date even in his last days. People of Maysville remember him always being at the ballfields watching his kids and climbing trees.

Ricky worked in many places including Perfection Hi-Test and C and D Installation until he found his niche as a roofer. He worked with Doc and  Charlie Clark of Purcell for close to 20 years putting on roofs all around Oklahoma.

He would do anything for his grandkids. He would spoil them and always let them know that they were his number one. He got to spend the last year taking care of his Elizabeth Grace or who he liked to call “Little Bit.” They made a great pair and would argue more like brother and sister than PaPa and granddaughter. Ricky loved his dogs although many times you would hear him yelling at them. He made numerous sacrifices for those dogs and there is no telling how many long conversations they shared. Ricky was best known for his stubbornness, hard work ethic and love for his grandkids.