Reimer headed to Hall of Fame 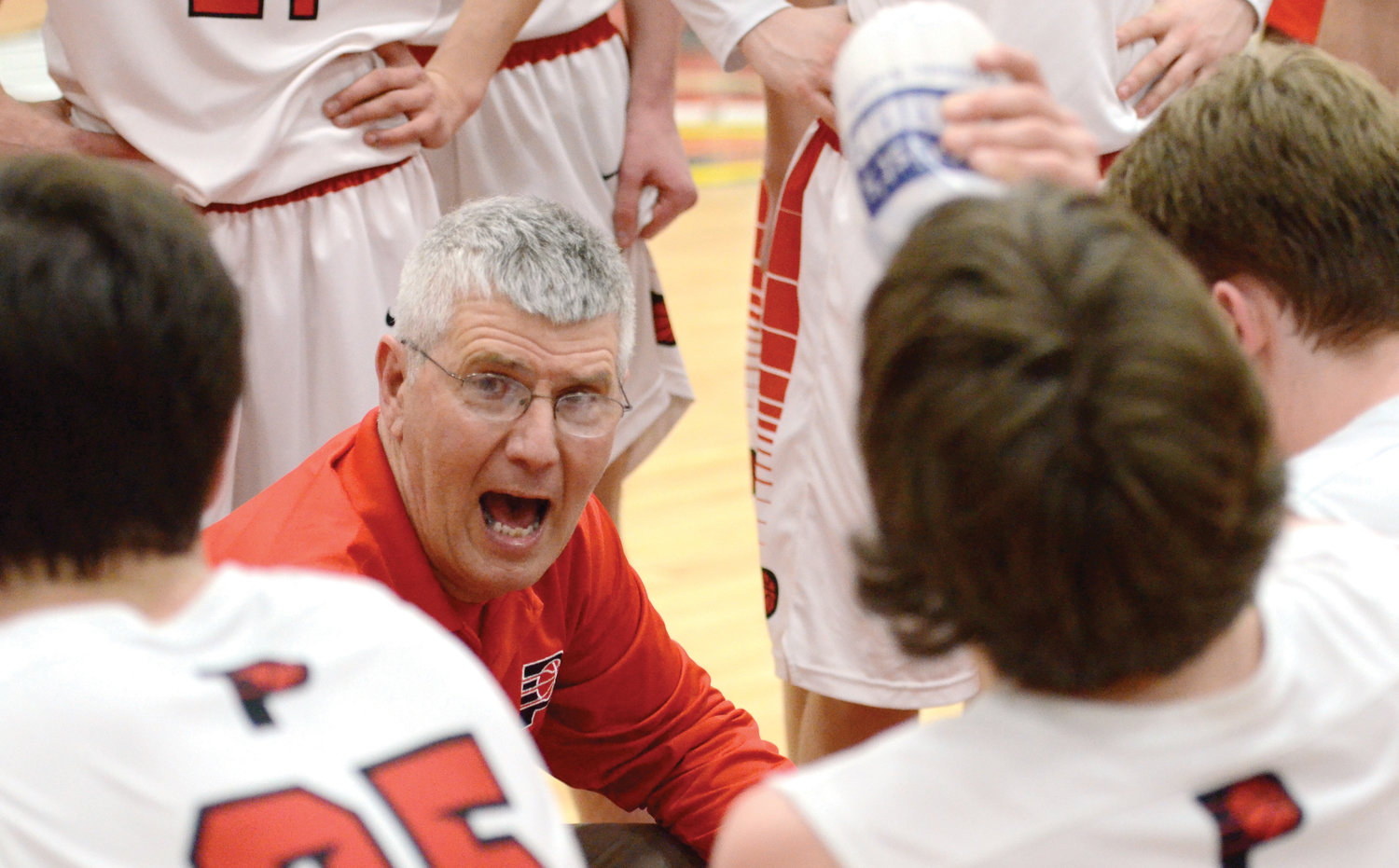 Legendary basketball coach Lee Reimer has been selected to be in the 2022 Hall of Fame Class for the Oklahoma Basketball Coaches Association.

Reimer and the other inductees will be honored at a banquet June 4 at the Hilton Garden Inn in Edmond.

Tickets are $25 per person and may be purchased by calling Bob Hoffman, head coach at the University of Central Oklahoma at 478.954.9186.

Reimer, who came out of retirement to become the current head coach at Asher High School, coached at his Alma Mater, Medford, including a State Championship in 1984, before taking the reins at Purcell for 31 years.

When Reimer started in Purcell Ronald Reagan was the President of the United States and Rick Clark was the head Dragon football coach.

During Reimer’s tenure here, starting in the 1984-85 season the Dragons hired 10 football coaches.

Reimer’s 1994-95 Dragons made it to the State semifinals.

Reimer-coached Purcell teams made 14 appearances at Area, had 31 qualify for Regionals and won 20 District Championships. He won three District titles at Medford.

Reimer replaced Bruce Herrington as the Purcell coach in 1984.

Between Reimer and Boney Matthews, who coached here for 28 seasons, those two alone have coached Purcell basketball teams for 59 years and to over 1,100 wins, a feat probably unmatched in Oklahoma.