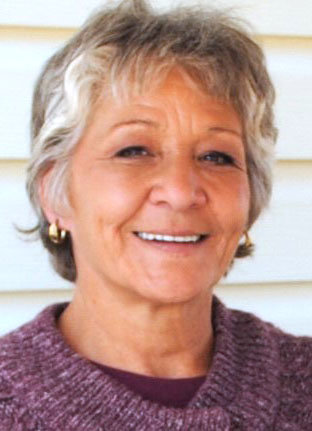 Funeral services for Ramona Jo Wilkerson, 68, of Washington were held Wednesday, November 16, 2022 at Iron Chapel Free Will Baptist Church. Interment was at the Washington Cemetery under the direction of the Wilson-Little Funeral Home in Purcell.

Ramona Jo Andrews was born June 6, 1954 in Blanchard, Okla., the third of seven children born to James and Marlene (Aday) Andrews. She was raised in Washington and attended school there.

Ramona married Ronald Harrison Wilkerson on June 9, 1969. At the time, Ron was in the Army, and the young couple moved frequently, as is life in the military. They eventually settled near Washington, Oklahoma, where they raised their family; sons, Jason and Darrell and daughters, Ronna and Trista.

Ramona was a mother first, and worked tirelessly caring and providing for her family. In 1981, Ramona and Ron bought the West Lindsey Mobile Station in Norman, and worked side by side in the daily operations of the business. By 1990, they opened Ron’s Automotive in Norman, a third-generation business that continues today.

Ramona cherished being a mother, and grandmother She opened her heart and home to many. If her children and “bonus” children were into it, then so was she. She stayed active in show cattle and horses, and simultaneously became a successful Mary Kay consultant. Ramona enjoyed traveling, loved Hawaii, and never missed an opportunity to visit the family lake house.

She loved people and long rides on the Harley with her husband, Ron. She was a woman of great faith; a wonderful wife, mother and grandmother, sister, aunt and friend. She will be dearly missed!

She was preceded in death by her daughter, Trista Wilkerson; her parents, James and Marlene Andrews and brother, Harold Andrews.