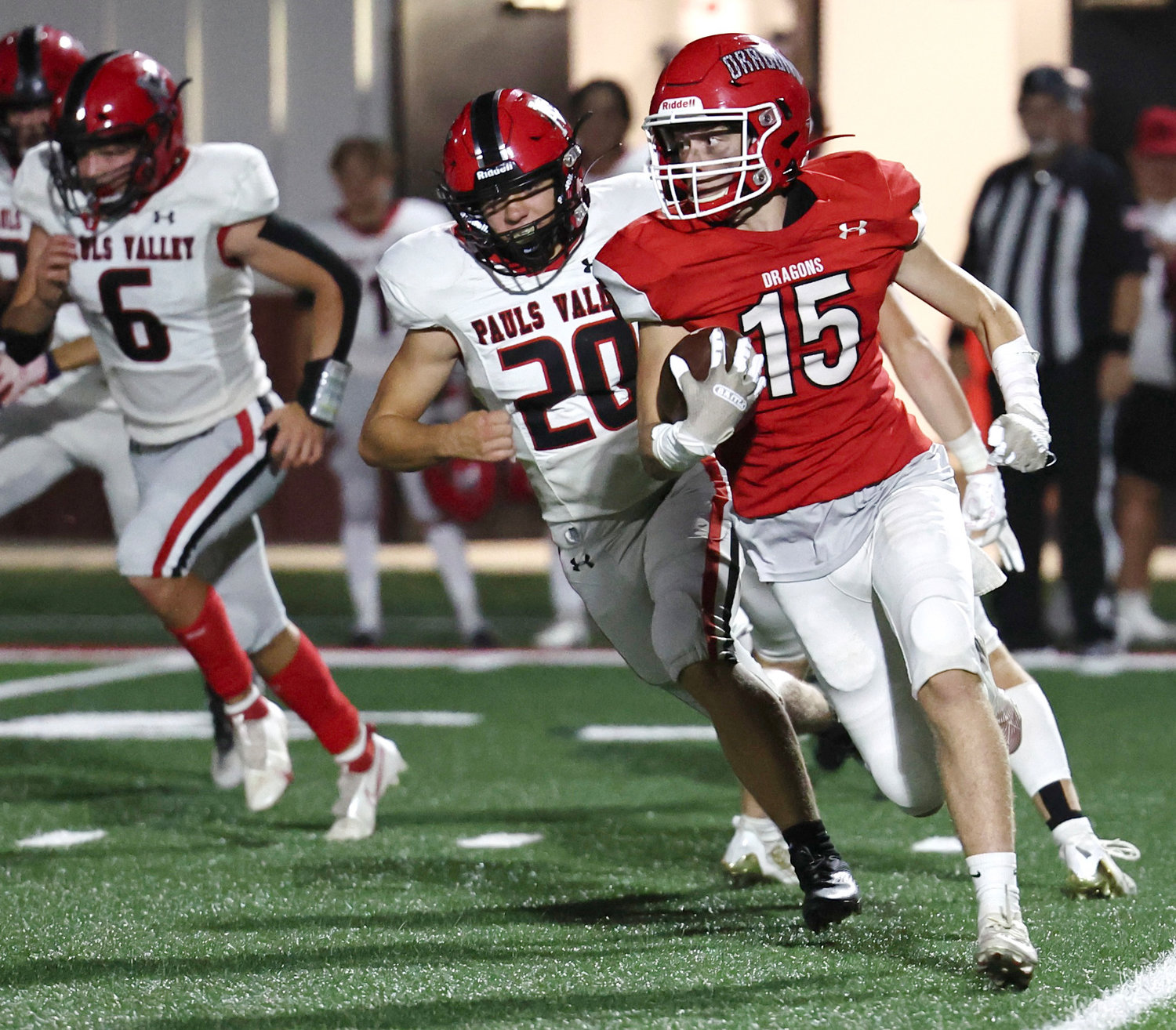 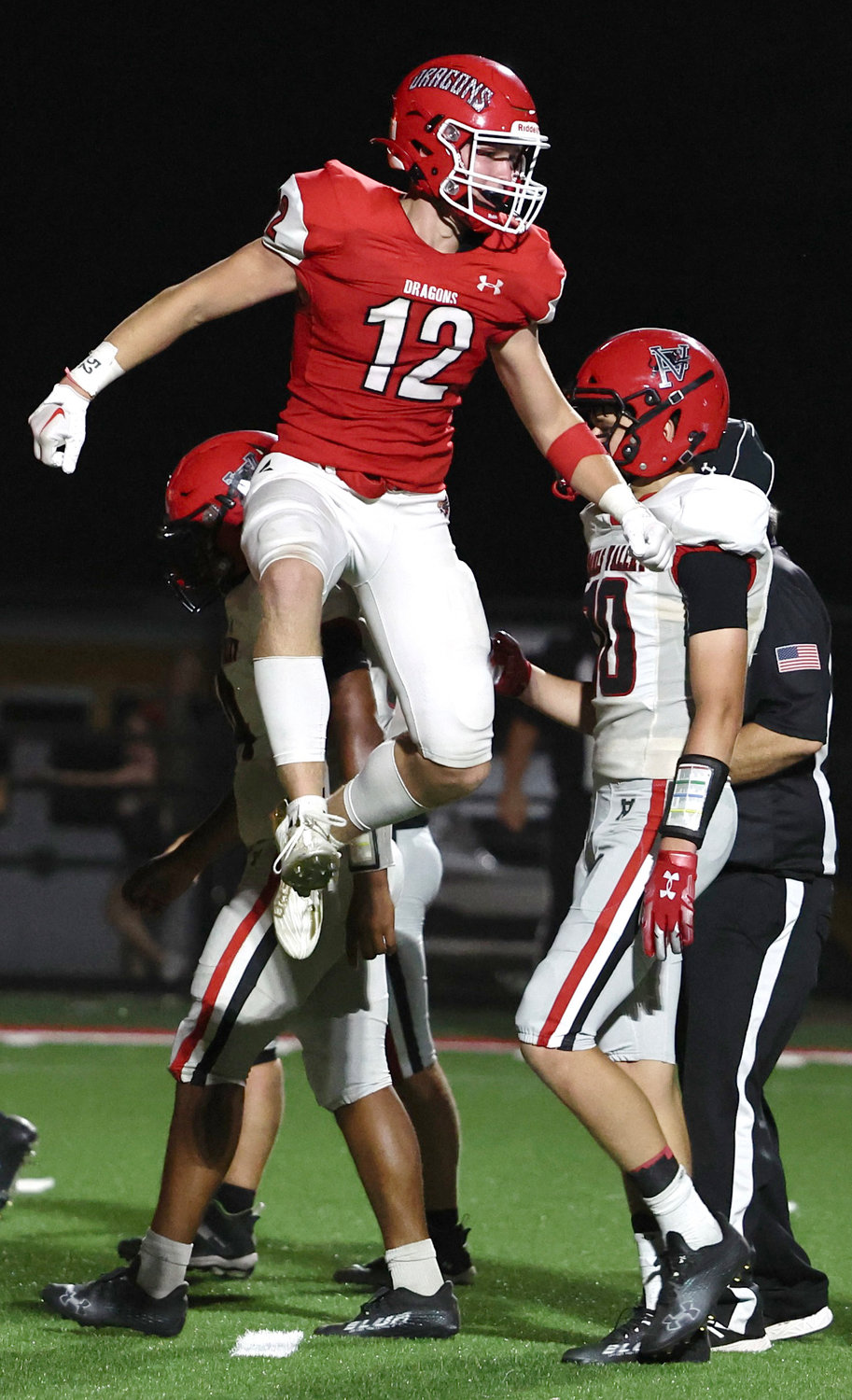 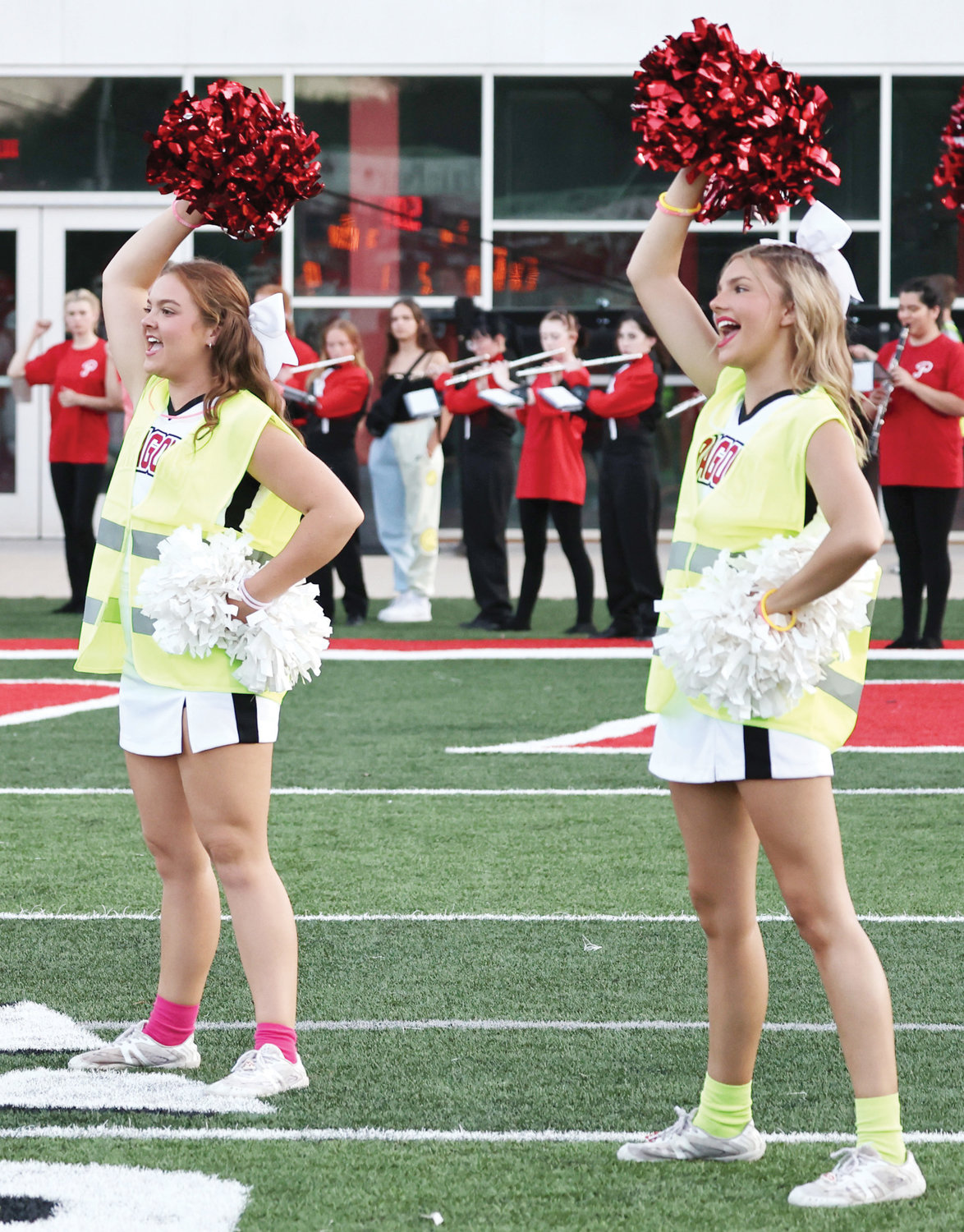 Purcell and Lexington will renew their rivalry for bragging right over who owns the James C. Nance Memorial Bridge this Friday night at Floyd West Field.

“They’ve got some athletes on the edge,” Purcell Head Coach Tracy Scott said. “They are young in a lot of places but they are getting better week after week.

“And we know when we play them they are always going to give us their best,” Scott continued. “The key for us is to go execute our offense and not turn the ball over. We’ve got to be sound on defense. Do our job and win the kicking game. It’s a pretty simple formula.”

Last Friday night in their home opener, Purcell let the Pauls Valley Panthers get too far ahead in the first half and came up on the short end of a 45-27 count.

Purcell had three turnovers and snapped the ball over the punter’s head. Those four miscues led to 24 of Pauls Valley’s 28 first half points.

“I count the bad snap as a turnover,” Scott said. “You can’t turn the ball over four times and expect to win against a good team and I think Pauls Valley is a good football team.”

The Panthers scored three touchdowns and kicked a field goal after each Dragon miscue.

“Our defense played well at times,” Scott said. “Our offence didn’t play well in the first half. In the second half they got after it and some good things happened.”

Purcell eventually clawed its way to 28-20 but never got any closer.

Purcell’s lone tally in the first half came in the first quarter when Boston Knowles slashed in from two yards out.

Brody Galyean scored from two yards out in the third period. Later in the same stanza Galyean tossed a 17 yard touchdown pass to Lincoln Eubank.

Galyean closed out the Purcell scoring crashing in from a yard out.

He finished 12-21 for 155 yards and the one touchdown. He rushed for 38 yards and two scores. He fumbled once and tossed two interceptions.

Knowles finished the night with 133 rushing yards on 20 carries while Eubank had five receptions for 74 yards.

In the second half Purcell out-scored Pauls Valley 21-17 but couldn’t make up the 22 point deficit.

Guthmueller led the team with 13 tackles while Purcell had 12. Engert made seven tackles in the defensive line.

“Our linebackers played adequately but we’ve got to get better. Our defensive line was not gap sound at times,” Scott explained.

Scott said his club needs to be more disciplined on both sides of the ball.

“We’ve got to win the turnover game and we haven’t the last two games,” the coach said.

“Pauls Valley’s quarterback does a good job. They have a good scheme. We’ve got to be where we are supposed to be and that hurt us. Penalties also hurt us.”

Purcell Head Coach Tracy Scott nominated Payson Purcell as the Defensive Player of the Week. Purcell registered 12 tackles and broke up a pass.

Scott nominated Brody Galyean as the Offensive Player of the Week. Galyean passed for 155 yards and a touchdown and rushed for 38 yards and two touchdowns.

Getting the nomination as the Defensive Lineman of the Week was Tavian Engert, who made seven tackles against the Panthers.

The Offensive Lineman of the Week nominee is Carter Goldston, who graded out at 78 percent against Pauls Valley.