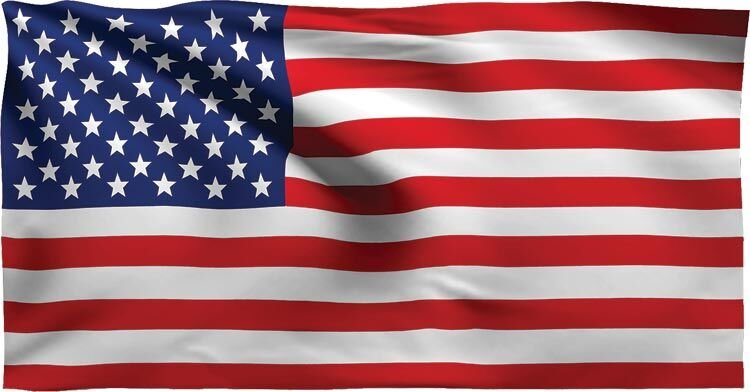 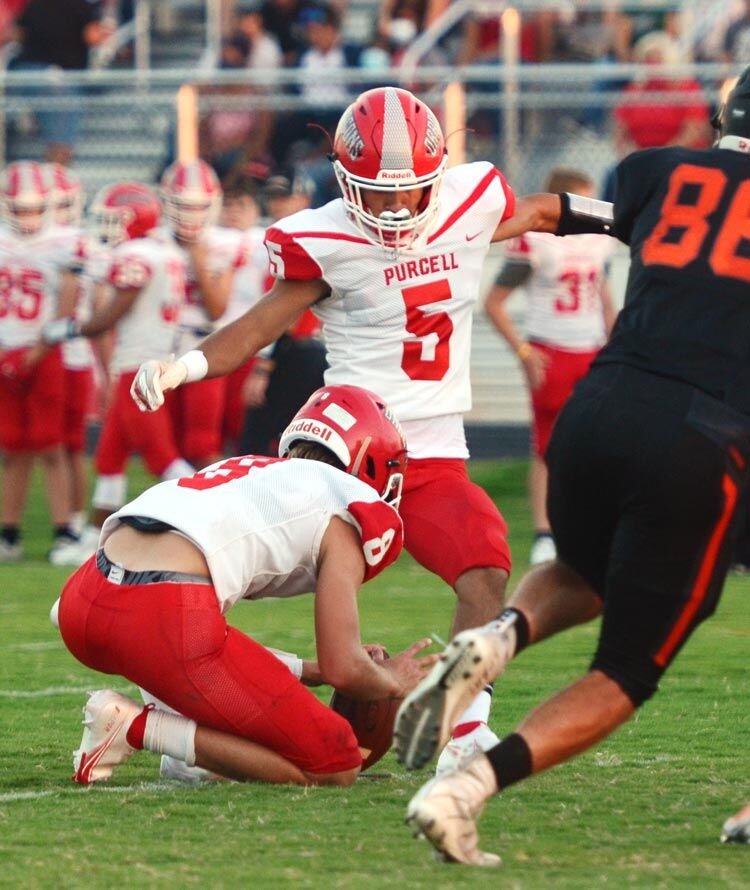 Cale Walker (5) drills an extra point home for the Dragons. Brody Galyean (8) was the holder on the play. 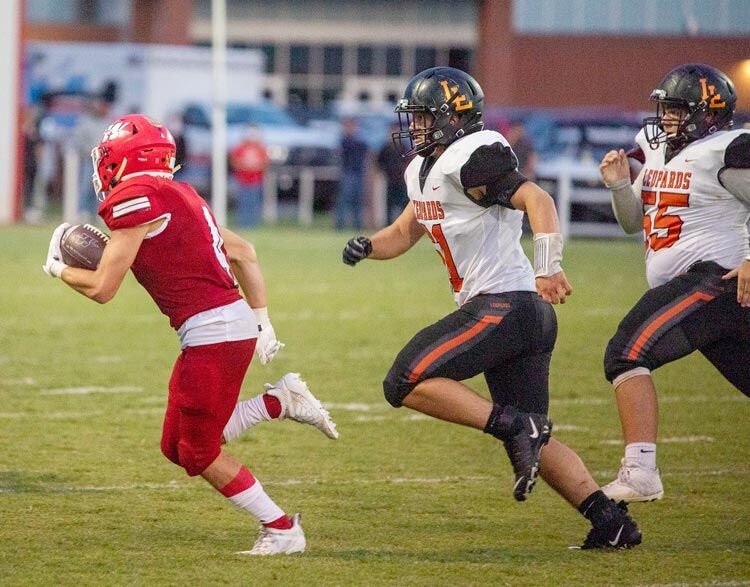 Jaxon Sanchez escapes from two Lindsay defenders during Washington’s 28-0 win over the Leopards last week. After a week off the Warriors will square off with Purcell Friday night at 7 p.m.

Purcell and Washington will play the annual Warriors for Freedom football game this Friday at Conger Field.

The Warriors for Freedom ceremony will begin at 6:30 p.m. with kickoff set for 7 p.m.

This year in addition to it being a natural rivalry the game is also a district game so the stakes will be even higher for the winning team.

Both teams are coming off a bye week with Washington a perfect 3-0 while Purcell comes in at 1-2.

“Football is very important but what we have the opportunity to do would not be possible without our veterans and active military working and fighting to protect our freedoms,” Beller continued.

“The bye week came at a good time for us since we have had some injuries,” the coach said. “We really feel like we are playing really good football right now.”

“Coach Scott and his staff do a great job. They always have their athletes well prepared. They play great technique. It’s fun to go against coaches you know and respect,” Beller said.

“We’ll have honorary captains do the coin flip and get a game ball,” Scott said of the ceremony honoring our veterans and active military.

The Purcell Fire Department will be providing a ladder truck to fly a flag and there will be a halftime drum-off between the two bands.

As far as the game goes Scott said the Warriors are really good on defense.

“They are a little younger on offense but they are getting better and better on that side of the ball every week,” Scott said.

“And, he’s got two big receivers on the outside and the two inside guys are pretty good athletes as well,” Scott said.

Masks will be required at the game.

“We are preselling game tickets at the high school from 8 a.m. to 3 p.m. daily,” Purcell Athletic Director Carol Testa said.