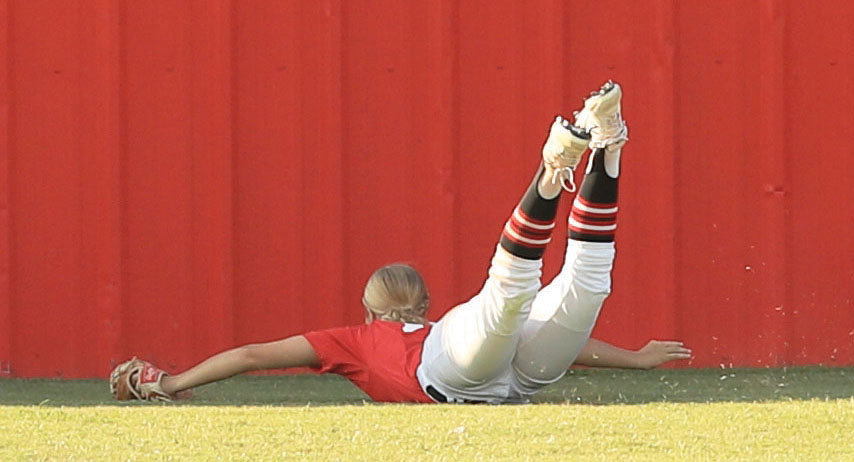 Purcell junior KK Eck made a diving catch for an out in the outfield Monday afternoon during Purcell’s 4-3 win over Little Axe. Eck also made a clutch sacrifice bunt to move the winning run (Lauren Holmes) to third base in the seventh inning.
Janet Moore 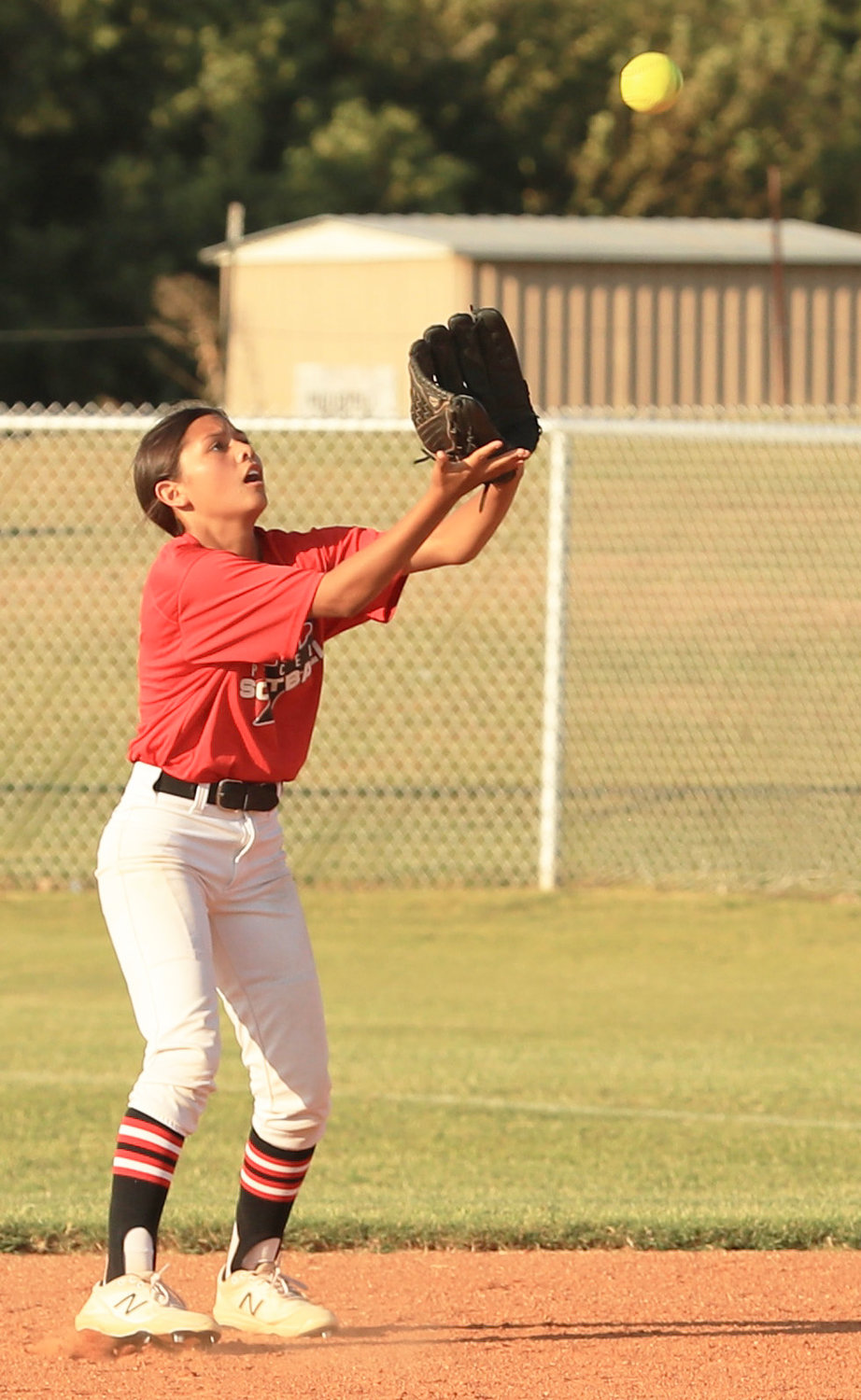 Purcell freshman Kenna Esparza settles under a ball for an out Monday during the Dragons’ 4-3 win over Little Axe.
Janet Moore
Previous Next
Posted Thursday, September 16, 2021 9:00 am
John D. Montgomery

Purcell pinned a 10-2 loss on the Lexington Lady Bulldogs at Lexington last Tuesday pounding out 12 hits.

Coty Sessions took the victory in the circle with Resendiz getting some work on the rubber as well. They combined to strike out seven.

That victory hiked Purcell’s record to 13-7 but the Dragon bats went silent in the Tecumseh/Dale Tournament that weekend when they lost to Morrison, Minco, Dale and Harrah.

In the 7-2 loss to Morrison, Lauren Holmes, Tinley Winters and Hannah Whitaker had the three Purcell hits.

In the 7-1 loss to Minco, Smith and Esparza had Purcell’s two hits.

Holmes had a double in the 15-1 loss to Dale while Resendiz and Whitaker both had singles.

Payci Constant had Purcell’s lone hit in the 7-0 loss to Harrah last Saturday.

The Dragons bounced back to edge Little Axe at home Monday, 4-3, on a Resendiz walk off single in the bottom of the seventh.

Holmes had doubled and was sacrifice bunted to third by Eck when Resendiz knocked her in to win the game.

Both Resendiz, who had two RBIs, and Holmes were 2-3 with Eck getting the other Dragon hit.

Sessions pocketed the victory in the circle for the now 14-11 Dragons.

“This past week we did a lot of good things and then we just hit a wall,” head coach Sarah Jones said.

“We faced some adversity within the team and it hindered the way that we played on the field.

“We had quiet a few gone on Saturday celebrating important events and it gave others the opportunity to play which is good.

“Our scores weren’t the best but I think overall we figured out what more this sport has to offer that is more important than winnings ball games,”she said.

“We had a different team show up against Little Axe and our goal is to continue to peak through post season,” Jones concluded.

The Dragons were scheduled to travel to Bethel on Tuesday, play at Chandler on Thursday and play at AmPo on Friday.

Next week, Purcell will host Crooked Oak on Monday and host Dibble on Tuesday.