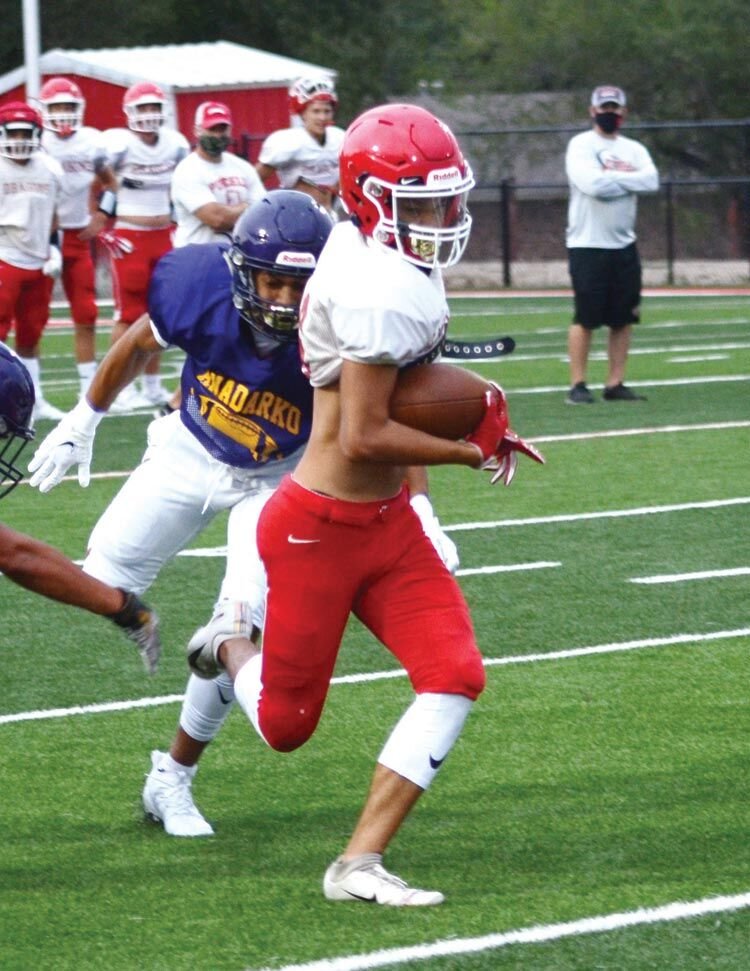 Gavin Constant breaks into the open field during Purcell’s scrimmage against Anadarko on Friday night. Purcell opens the season Friday night at 7:30 at home against Lone Grove. 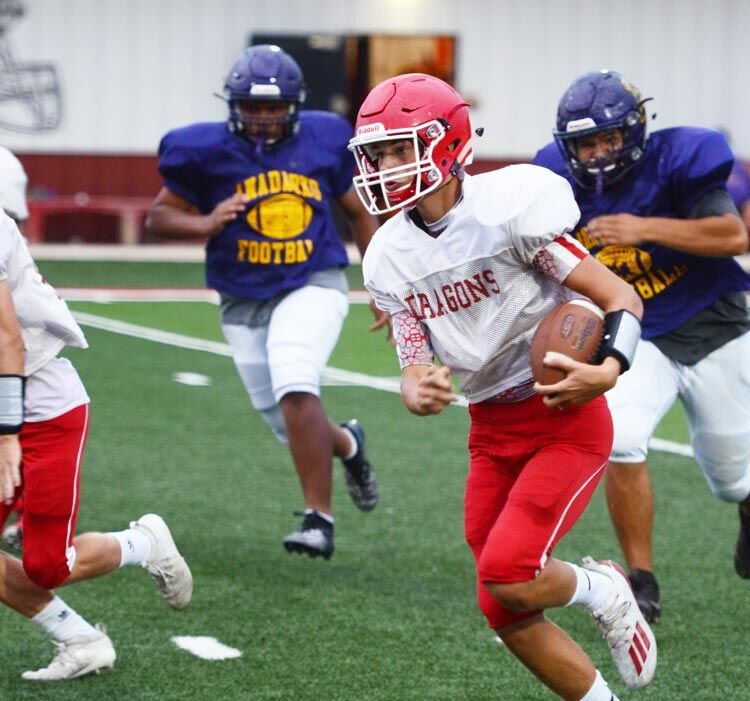 Payson Purcell rushes the football against Anadarko Friday night during Purcell’s scrimmage with the Warriors. Purcell opens the 2020 season at home against Lone Grove. 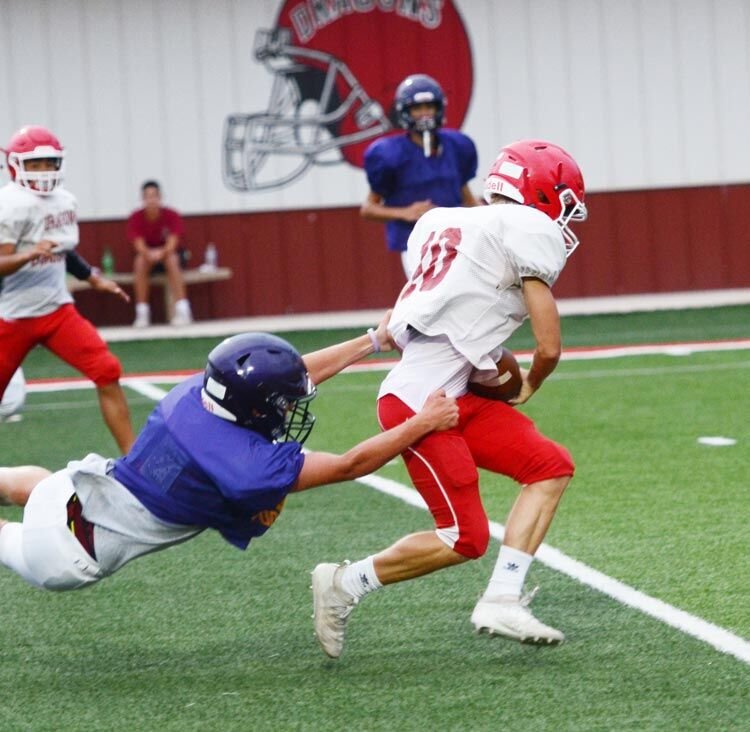 Tyler Williams breaks out of the grasp of an Anadarko defender on his way to the end zone Friday night during Purcell’s scrimmage against the Warriors. Purcell opens with Lone Grove Friday night at Conger Field.

Purcell, Wayne and Washington open the 2020 gridiron season this Friday night with the Dragons at home to host Lone Grove at 7:30 p.m.

Washington travels to Pawnee and Wayne is on the road to Apache. Both of those games start at 7 p.m.

Purcell Head Coach Tracy Scott reports the Longhorns are huge up front but are replacing two very good backs in their quarterback and running back.

“They were really good last year at quarterback and running back. This year they are more of a run it right at you type team,” he said.

“They line up in a gun formation with an H back. They run counter plays and sometimes line up in trips and run the jet sweep to it.”

Lone Grove runs a 4-2 on defense but has shown some odd stack formations, which is more like a 3-4, Scott said.

“They will probably start out in a 4-2 but if we have success throwing the ball they’ll jump back into that 3-4. They are a good football team that is well coached,” Scott said.

Washington Head Coach Brad Beller said the Pawnee team his Warriors face Friday night at 7 p.m. will be like no other team they face this season.

“With the way high school football has gone in Oklahoma there is a lot more passing,” Beller said. “But Pawnee is a double tight end full house backfield and just power football.

“We won’t be able to use any of our ordinary packages on defense because they are a very different type of team. They are just very physical.

Defensively they are very aggressive and fast.

“It is very difficult to move the football on them,” Beller said.

The Wayne Bulldogs travel to Apache for a 7 p.m. showdown with the Warriors.

Apache executes a successful quarterback run game with a returning starter at quarterback.

“The quarterback is really athletic,” said Wayne Head Coach Brandon Sharp. “They are big and physical up front and their line stays glued up (when they’re blocking).”

On defense the Warriors will line up in a 4-4 front.

“They’ll try to stuff it inside and make you run outside to their athletes,” Sharp said. “It’s going to be a challenge and we’ll have to play well. We feel good about our team and are excited to get going.”

Lexington opens the season September 4 at home against Little Axe.