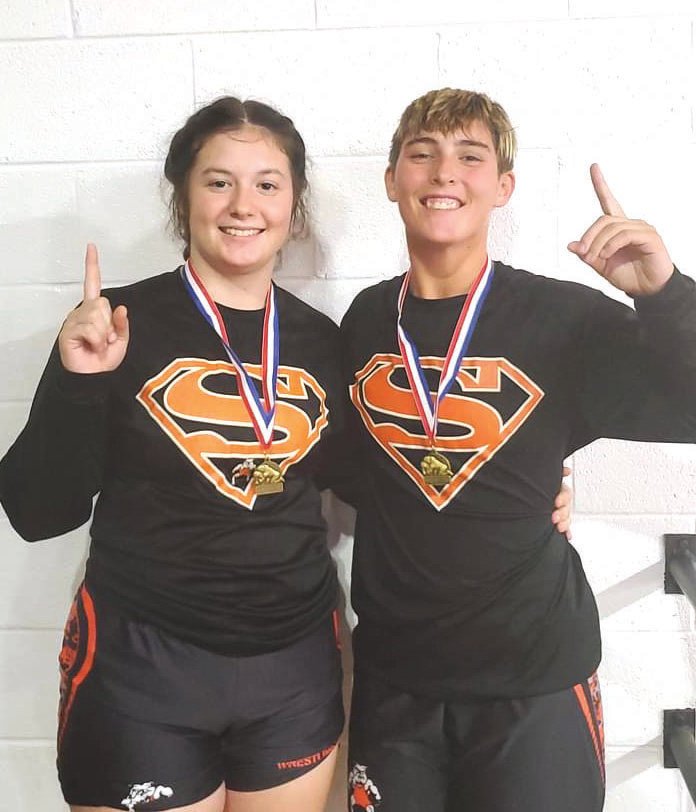 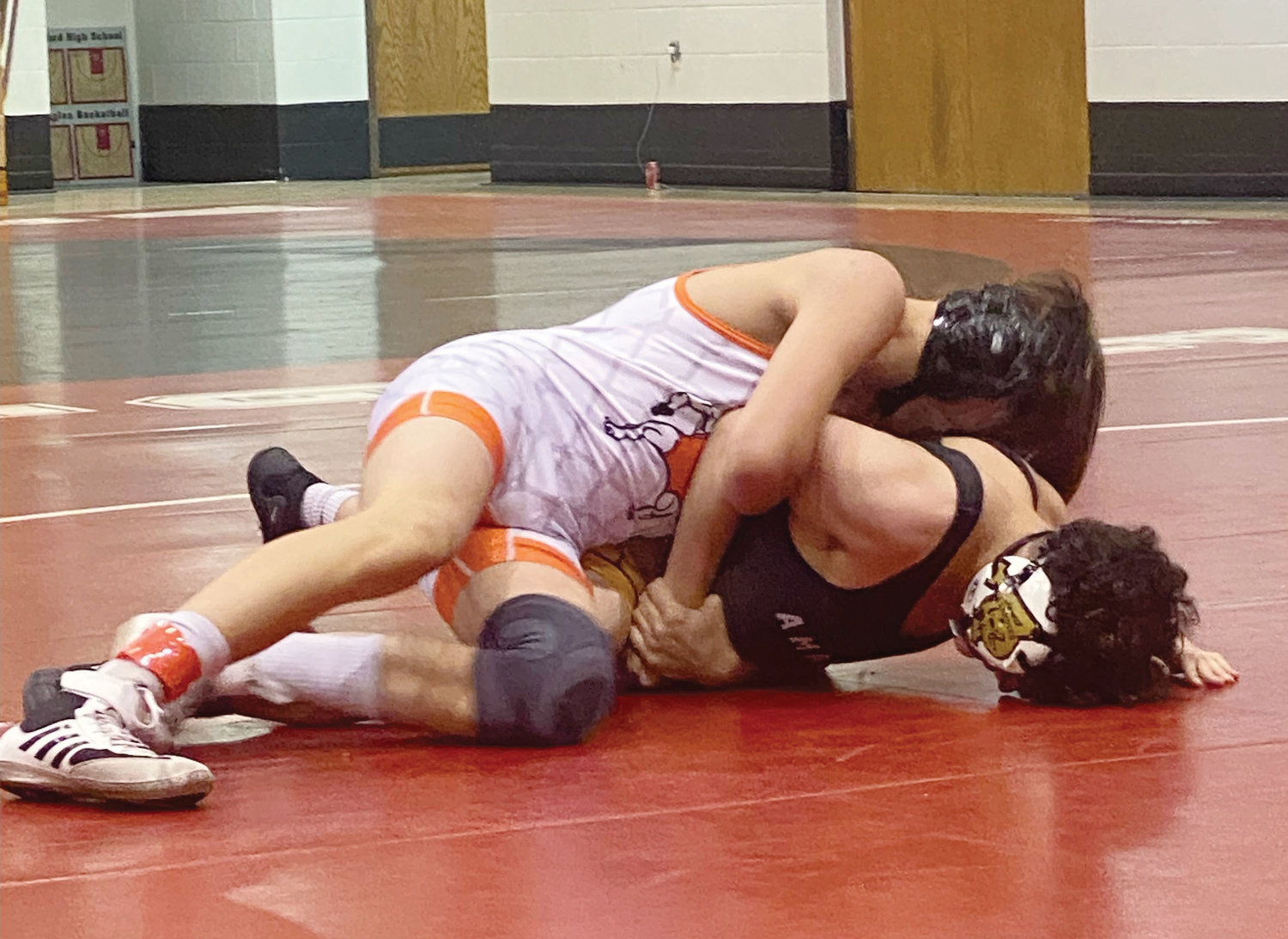 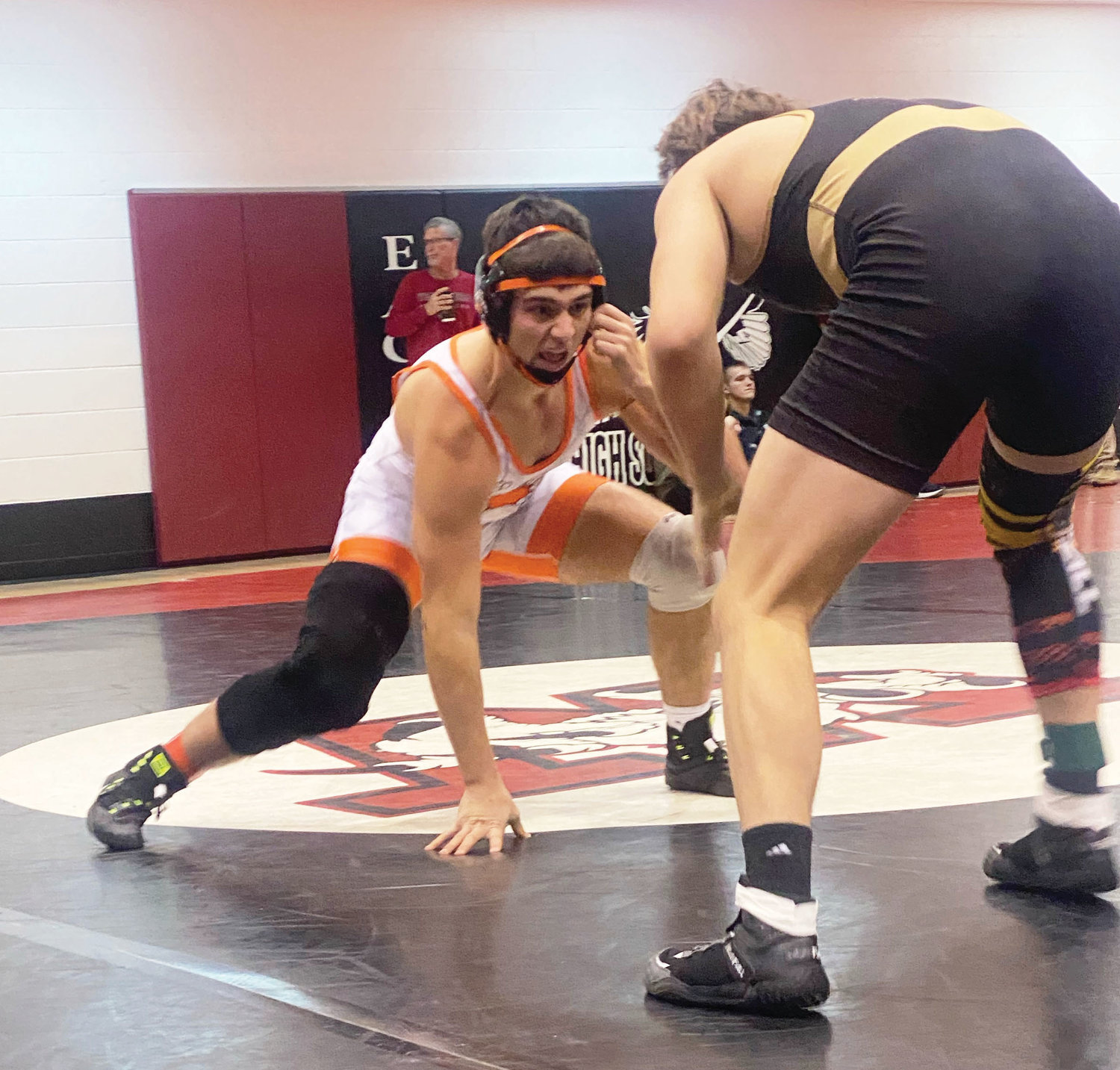 Lexington hosted its first official tournament, the 89er City Showdown December 10 and 11. Tristan Bucanan riding his opponent while Brady Rillema works on his feet.
Previous Next
Posted Thursday, December 23, 2021 9:00 am
The Purcell Register

“The Bulldogs and the Lady Bulldogs had a good showing,” confirmed head coach Jared Garrett.

On the girls’ side, Izzy Pack at 165 pounds and Cilee Turner at 185 finished as tournament champions. Elexa Collins finished as a runner-up and Hope Wise 152 finished fourth. The girls’ team finished third as a team and Izzy Pack brought home the Outstanding Wrestler award for girls’ upper weights.

“They all did a great job and wrestled well,” Garrett said.

For the boys Jesse Stockdale placed fourth at 113 pounds, Cian Kimerling at 120, Cash Sessions at 145 and Brady Rillema at 182 all finished as runners-up.

This past weekend the Bulldogs traveled to Weatherford for the Max Dippel Invitational. Freshman Tristan Buchanan 132 finally got his chance for mat time. He finished the tournament with a second place after losing a close match to a 5A state placer.

“He’s working hard and trying his best. But there are still affects he has to battle from an injury last spring. Other than that I believe he would have won that tournament,” Garrett said.

The Bulldogs will travel to Sulphur January 6 for a dual at 6 p.m.