Kilpatrick Turnpike to come down just north of Purcell 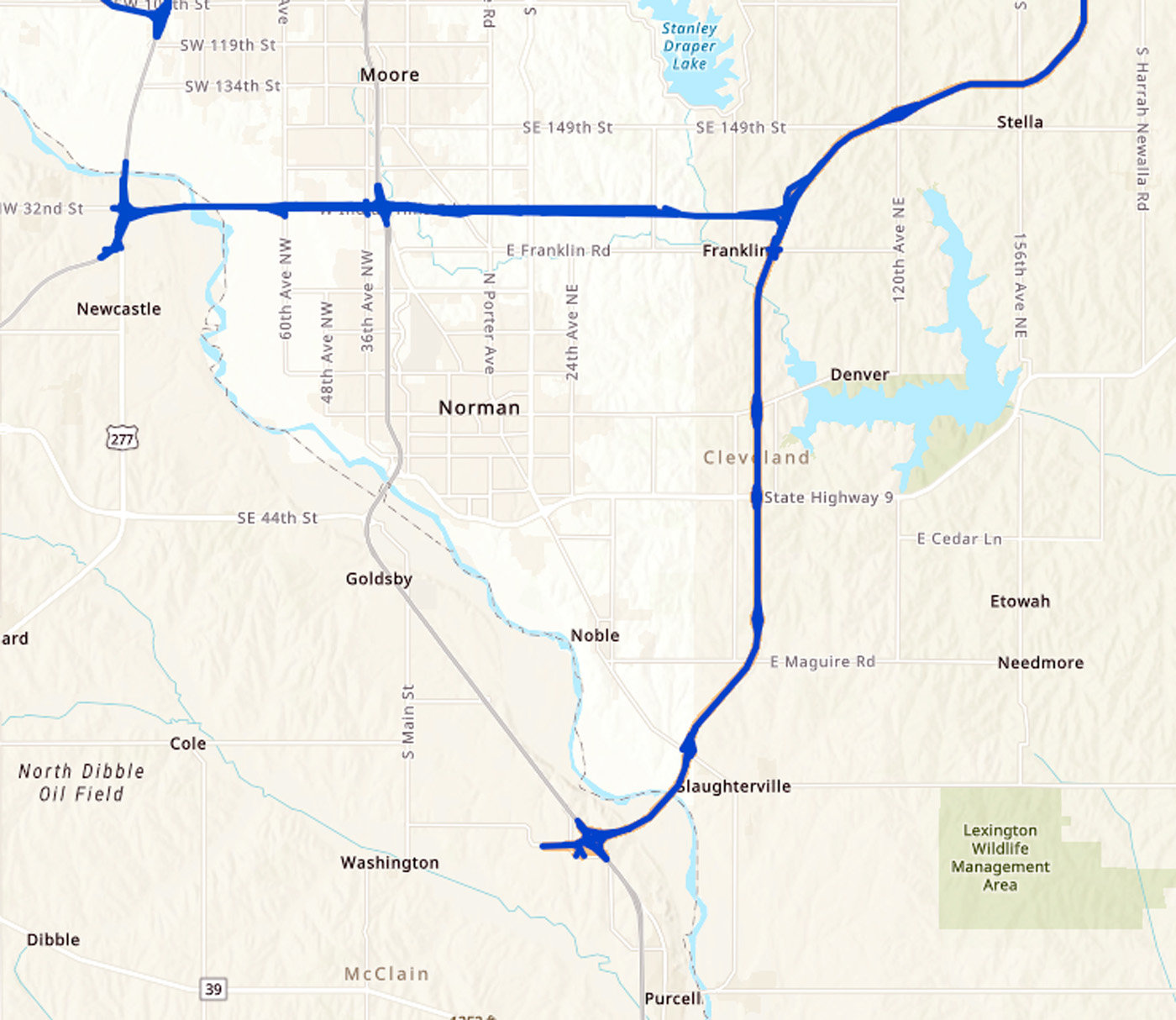 McClain County and in particular Newcastle and Purcell are about to benefit from several Oklahoma Turnpike Authority projects.

A connector is planned off the H.E. Bailey Turnpike near State Highway 32 at Newcastle which will extend eastward to U.S. Interstate 35. A second turnpike project ties in the John Kilpatrick Turnpike to U.S. Interstate 44 and the Tri-City area and a third turnpike project on the east side of the Metro is a south extension of the Kickapoo Turnpike tying in to I-35 just north of Purcell.

A long-range plan created by the OTA includes the three turnpike extensions, or connectors, which impact McClain County.

The projects, as well as all of the projects in the OTA’s ACCESS Oklahoma plan, were announced in an OTA meeting Tuesday. Governor Kevin Stitt was in attendance to help make the announcement of the ongoing 15-year long-range plan, which will be similar in the way ODOT utilizes its Eight-year Construction Work Plan.

Echelle said OTA has been working with ODOT on the mitigation of traffic south of Oklahoma City on I-35 and on I-44 south of Oklahoma City. He said the south end of the Kickapoo Turnpike would continue on a new alignment south for a few miles and then west and south — down around the west side of Lake Thunderbird — connecting to a point on I-35 north of Purcell near mile marker 95, providing an alternative for traffic trying to get from the south side of Oklahoma City up north and east towards Tulsa.

Echelle said the John Kilpatrick Turnpike has the fastest growing traffic in the turnpike system, growing at a rate of 6-8 percent each year. A connector from the existing alignment would travel south and east going across airport property to a section of I-44 near Earlywine Golf Course. Nail said this project is in Phase three but could go along with work in Phase two projects.

These projects and more across the state — part of the OTA’s $15 billion long range turnpike plan — are to be constructed with cashless tolling. There have not been any surveys done on the routes so exact alignments are not known at this time. Governor Stitt said there has been an explosion of property growth along the newest of the turnpikes the state has built.

OTA states that the next steps will be formulated throughout 2022 by hiring consultants who can work on details, which will be made public as they become available. The consultants and additional professional services will vet details and start conceptual design plans for the comprehensive long-range plan.

Their role will be to assist OTA with traffic modeling, financial planning, engineering, and working with community partners.

OTA further states that tolls will be adjusted over time, but the goal is to keep adjustments to a minimum as far into the future as possible. They added that out-of-state traffic pays about 40 percent of Oklahoma tolls.

Governor Stitt said ACCESS Oklahoma is a bold plan to make investments for the future, to help manage congestion and have reliable commute times.

He said the plan will provide a quality of life for Oklahomans by connecting existing turnpikes and communities, and constructing reliever routes for the state’s most congested parts of highways.

The OTA plan calls for projects across the state. They are outlined on a new website created by OTA at accessoklahoma.com. ACCESS is an acronym for Advancing and Connecting Communities and Economies Safely Statewide. OTA Director Tim Gatz said residents or landowners who feel they may be impacted by these projects can go online to look at the maps provided at accessoklahoma.com. They can click on “property acquisition” to see how the process goes.