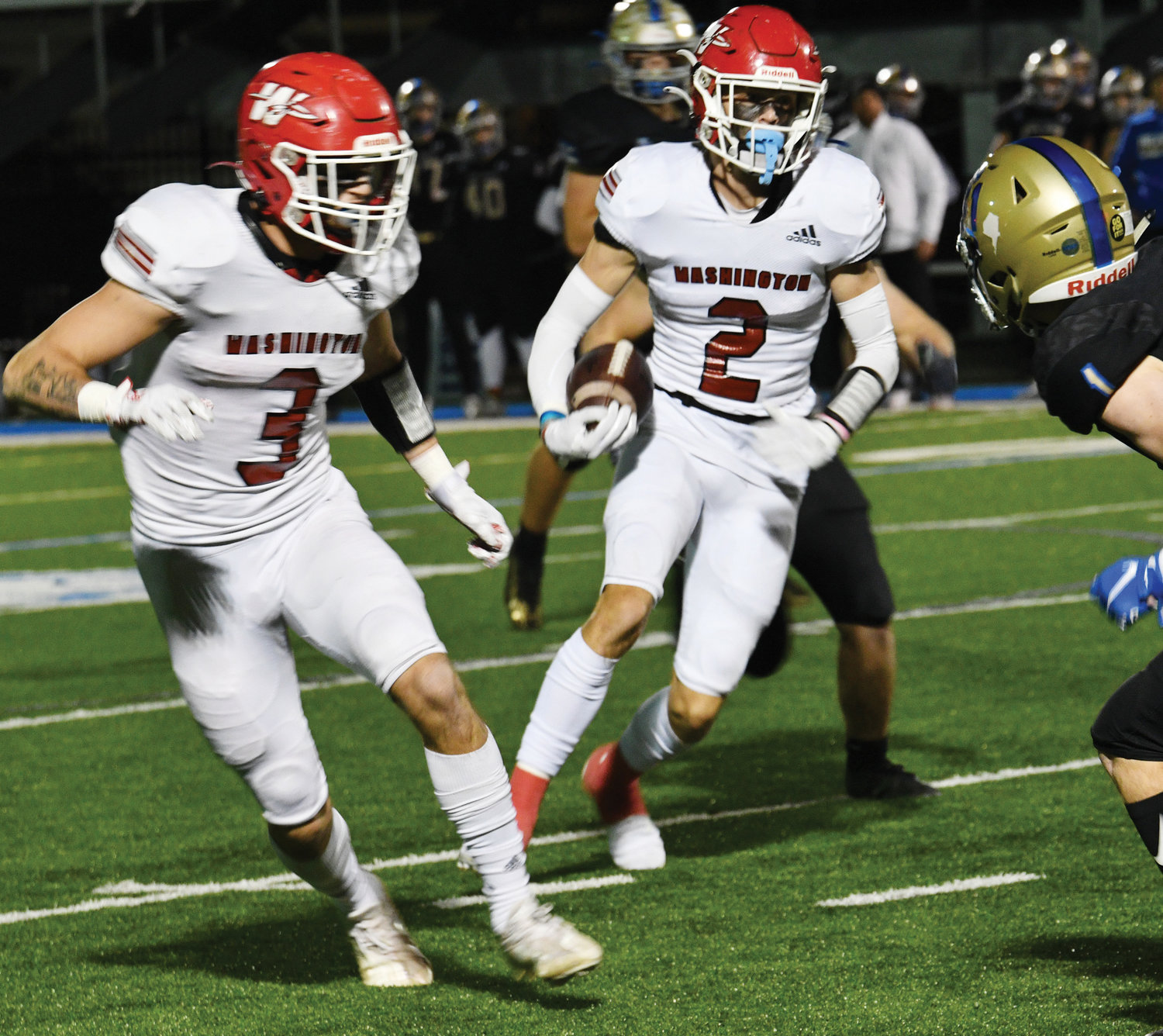 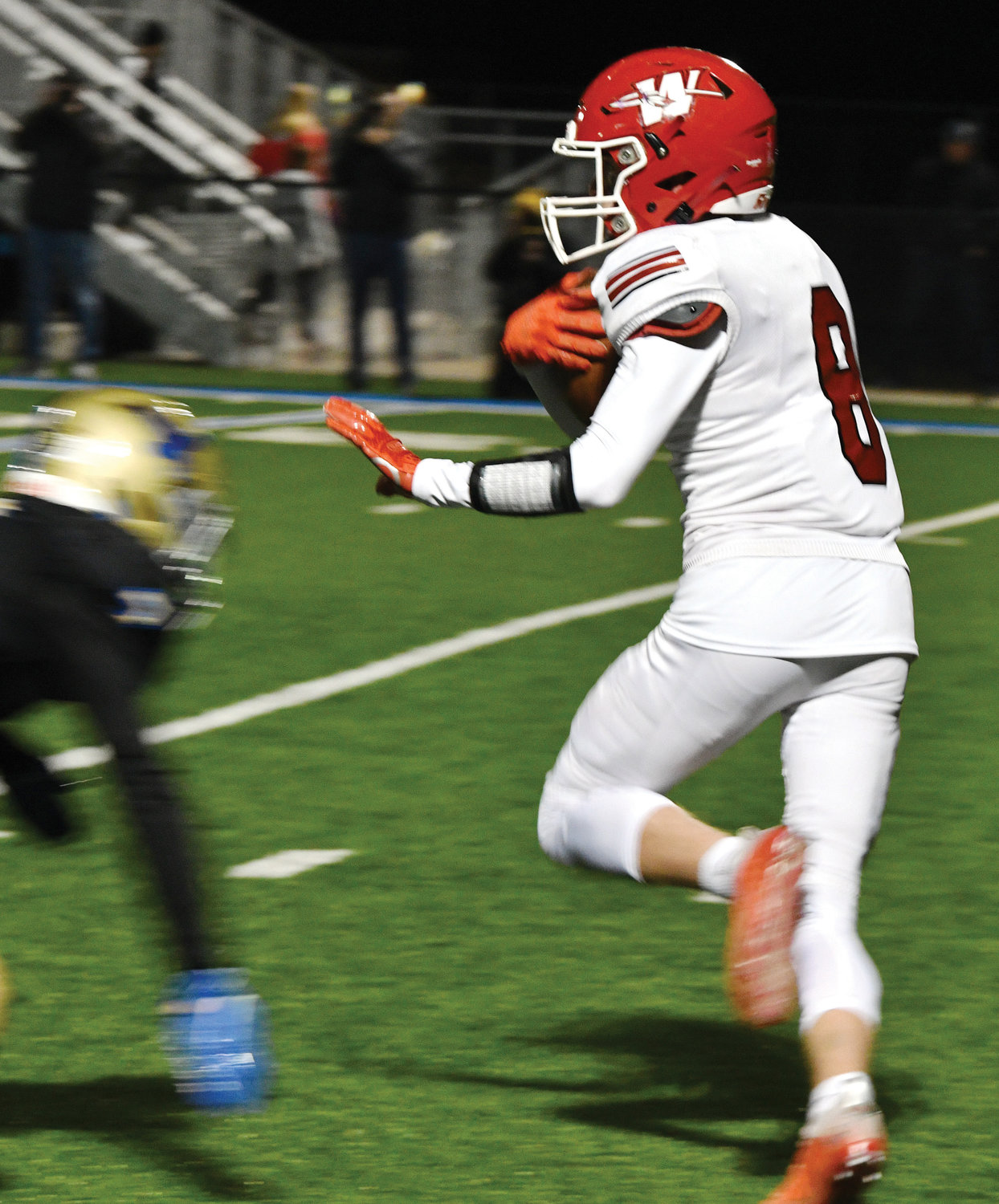 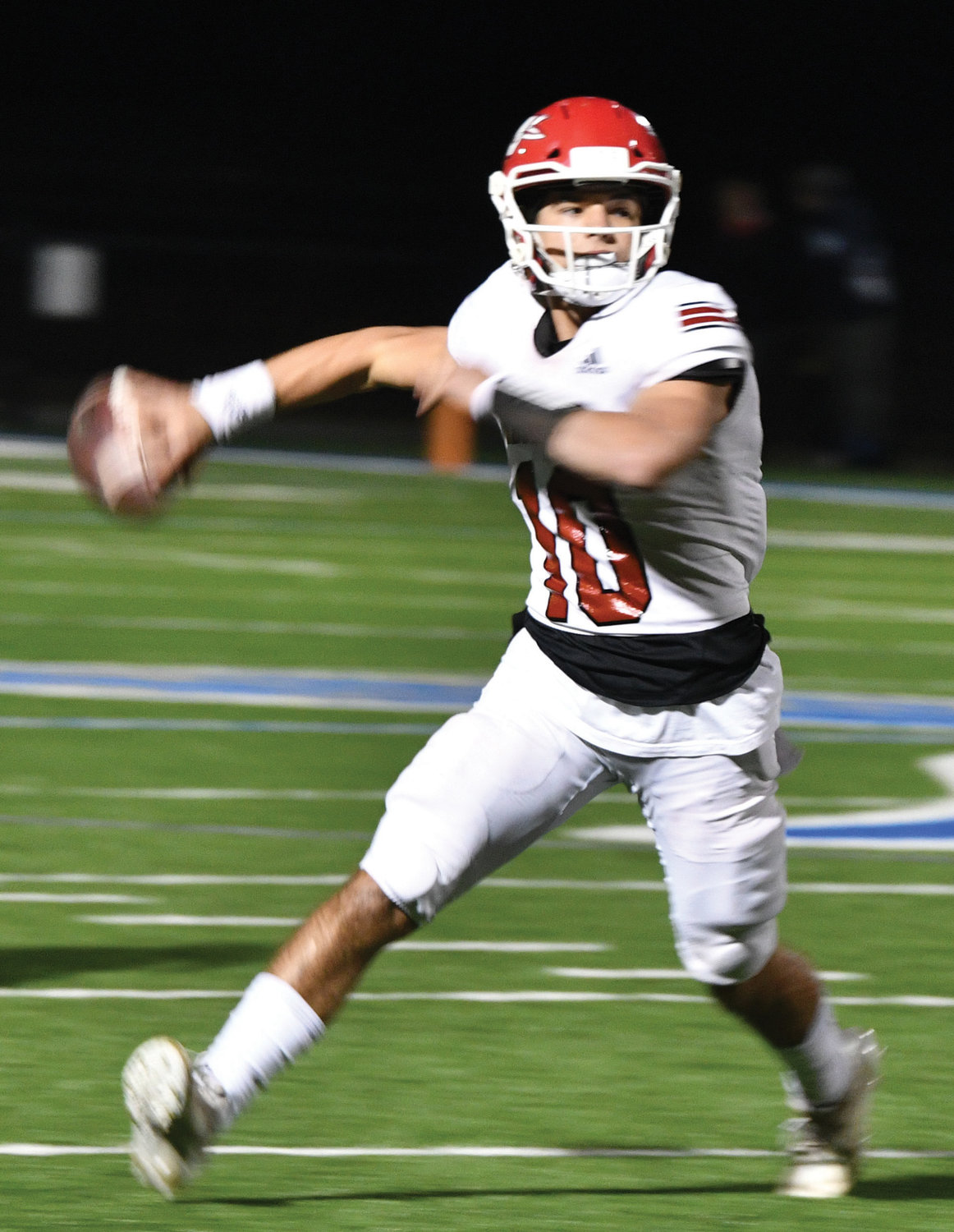 The junior running back got the Warriors off on the right foot going 80 yards to the end zone on the game’s very first play.

He finished the night with 14 carries for 140 yards and scored on a four-yard fourth quarter run.

Major Cantrell was 14-22 passing for 294 yards and four touchdowns.

He hit Luke Hendrix on scoring passes of 25 and 12 yards. Cantrell, who spread the ball around to four different receivers, hit Cage Morris on a 20 yard strike in the second quarter and found Lane Steele open for a 13 yard touchdown pass in the third period.

Hendrix also scored while on defense picking off an Eagle pass and ripping off an 82 yard romp into the end zone. Steele also found the end one on the ground rushing for a two yard first quarter plunge.

“Major Cantrell had a great night passing,” the coach continued. “And, Cole Scott  is so steady and consistent. With the way our offensive line blocks he does a good job. Every rushing yard we got last Friday night was well-earned. It was tough the other night.”

On the defensive side of the ball, Washington made it tough on Rejoice Christian.

The Eagles had been held under 40 points only once and that was in their season opener. Beller reported they have scored over 60 points in seven of their games this season.

“We knew we had to shut down their run game and force them to throw,” Beller said.

The Warriors held the Eagles to 84 yards rushing and one score on the ground.

“Their quarterback was public enemy no. 1 all week,” the coach said. “He was averaging over 150 yards rushing for the year and we held him to 74 yards.”

The Eagles had 240 yards passing but were limited to only 58 yards through the air in the second half.

“They were able to get to him and get him on the ground,” the coach said.

Up next is the State Semifinals at Langston against the Beggs Demons. Kickoff is set for 7 p.m. Friday against the 11-2 club from Okmulgee County.

The Demons’ two losses came at the hands of Lincoln Christian and Victory Christian.

Washington is 13-0 coming into the game.

Beggs is led by a pair of outstanding running backs in TJ Brown, an Oklahoma State commit, and Red Martel.

“They are definitely a one-two punch,” Beller reports. “They’ve been that way all year. Even though they throw the ball decently they want to run.”

And a big part of the reason is they average 250 pounds per offensive lineman across the board.

“They are a big, strong, physical football team,” Beller confirmed.

Their defense, which is a base 4-3 formation, is led by junior Chance Jordan.

“He is their primary defender,” Beller said. “A key for us will be blocking him. He’s big and strong and has good feet. We’ll have to double team him and always know where he is on the field. We’ll have to keep an eye on him and get movement on him.”