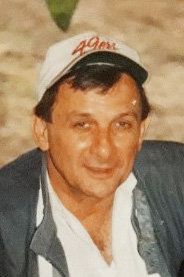 A Celebration of Live Service for Oliver Franklin Goodin Jr., 85, of Washington will be held at 10 a.m. Friday, July 1, 2022 at the Goldsby Community Center in Goldsby, Okla. Services will be under the direction of the Wilson-Little Funeral Home of Purcell.

He was born June 3, 1937 in Charleston, Missouri, the second of three children born to Oliver Franklin Goodin and Lucille Feezor Goodin Sprague. He was raised in Charleston and attended school there, graduating in 1956. In his younger years, Oliver earned the nickname “Bubber,” a name family and friends from Charleston affectionately called him.

Oliver attended Southeast Missouri State College in Cape Girardeau, Mo., and later Murray State College in Murray, Ky., for a time. He served his country proudly in the United States Army, primarily at Fort Sill in Lawton. Oliver later married his best friend and the love of his life, Anna Mae (Madden) Wicker.

Oliver was a natural salesman and served in this capacity throughout his career. He worked as District Manager for Hoover Co., and later as State Manager for OKAN Eureka Co. for several years. In 1986, Oliver moved his family back home to Southeast Missouri to be closer to family. At that time, he worked in life insurance sales.

In 1995, they returned to Oklahoma to be near his wife’s family, and aid in the care of her mother and father, Rex and Marie Madden. Oliver worked at Fowler Honda for several years, retiring as the Used Car Manager. He was a hard worker and a loyal friend. Oliver’s motto was “Family First” always. He loved animals and his family, and friends would tell you that his true calling was rescuing and caring for animals.

Oliver had a unique ability to make everyone feel special. He would spend time visiting with the kids in the neighborhood, older folks, and any animal that looked lost or abandoned. Oliver cherished being at Lake Hefner with his boys. He loved sports of all kinds, enjoyed political discussions, and made the absolute best chili you have ever tasted. He was dearly loved and will be greatly missed.

He was preceded in death by his parents, Oliver Goodin and Lucille Goodin Sprague; sister, Harriett Goodin Small; and brother, Jim Goodin.

In lieu of flowers, the family requests donations be made to St. Jude  Children’s Research Hospital in Memphis, one of Oliver’s favorite charities.