New pastor at Our Lady 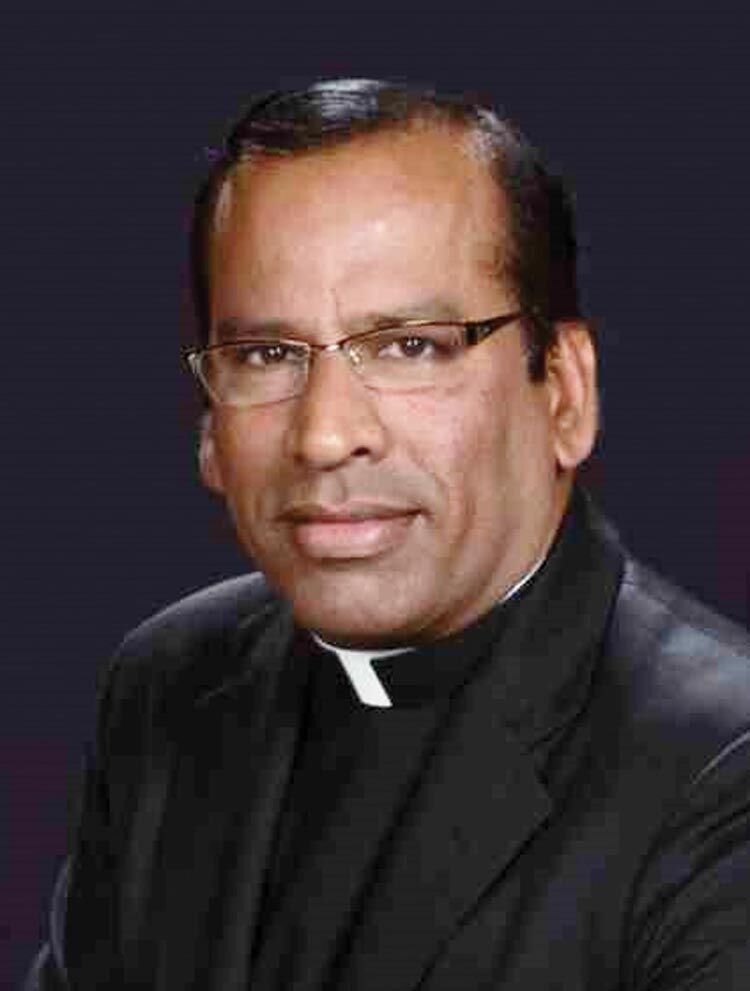 The new pastor at Our Lady of Victory Catholic Church knew as a child he wanted to be a Catholic Priest.

Rev. John Peter Swaminathan, who finished his second Sunday as pastor of Our Lady last Sunday, reports he is excited to be in Purcell and looks forward to getting to know his parishioners and the community.

Fr. John Peter reported he lived in a very small community that consisted of 100 Catholic families. There were no priests for such small communities so missionaries from London were sent to India to pastor small churches.

Those priests were such an inspiration to him that he decided as a seven or eight year old child he was going to be a priest.

“Those priests never went back to Europe,” he said. “They would stay in India and be buried there.

“I was an altar boy and was so impressed by their sacrifices. I was at the church all the time opening it up for daily Mass at 5 a.m. for the 5:30 a.m. Mass. I would ring the bell for the Mass and then be back at 6 in the evening for the Rosary. The priest was one of the main persons in our lives,” the pastor said.

Rev. John Peter said those missionaries would not know the language or culture and would have to learn the native language of Tamil.

Originally from Southeast India, Rev. John Peter has been in the United States since 1999 and in Oklahoma since 2012.

Rev. John Peter started seminary at age 12 spending the next 12 years in school in the dioceses about 170 miles from his home town.

He was ordained April 20, 1993 and after only six years as a priest, he received a letter from the Bishop he was being transferred from India to Pennsylvania where there was an acute shortage of priests.

Fr. John Peter said he loved it in Pennsylvania where he not only served as a priest but also taught 8th grade religion in the school.

“We had 2,000 families in the parish and we always had activities going on. It was very busy and I loved it,” he said.

He is the youngest of five brothers. One of his brothers is retired. One is a sales representative. One is a farmer and one is a carpenter. Their father, who worked as a coal miner, died when Fr. John Peter was seven years old.

“I love the church and I love my work and my people,” the reverend said.

Although he isn’t fluent in Spanish, Fr. John Peter reports he is able to conduct Mass in Spanish and he said he understands what the conversation is about.

At Our Lady of Victory Fr. John Peter holds daily Masses on Tuesday at 9 a.m. Wednesday at noon, Thursday in Spanish at 7 p.m. and Friday at 9 a.m.

“I want to be available to the entire community,” he said.

Fr. John Peter is a long way from his home town of Uriur Kuppam, Southeast India.