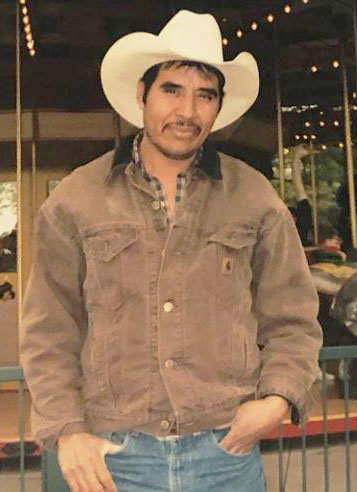 Narciso Montelongo Fraire died April 19, 2022, in Norman, Oklahoma, at the age of 63 years 9 months 4 days. A Mass of Christian Burial was held Monday, April 25, 2022, at Our Lady of Victory Catholic Church in Purcell, Oklahoma. Interment followed at the Noble IOOF Cemetery, entrusted to the care of Wadley’s Funeral Service. Online condolences may be made, and service livestreamed at www.wadleysfuneralservice.com.

Narciso was born on July 15, 1958, in Durango, Mexico, to Tomas Montelongo Mora and Margarita Fraire Calderon. He was raised in Mexico, coming to the United States around the age of 18. Narciso has held many jobs throughout his years but worked almost 20 years as a machinist for Highland Dairy. He was known as a joker who would talk to anyone, whether he knew them or not. Above all, Narciso loved his family.

Narciso was preceded in death by his father, Tomas Montelongo Mora; his sister, Maria del Pilar Garcia Montelongo; and his son-in-law, Sergio Escobedo.