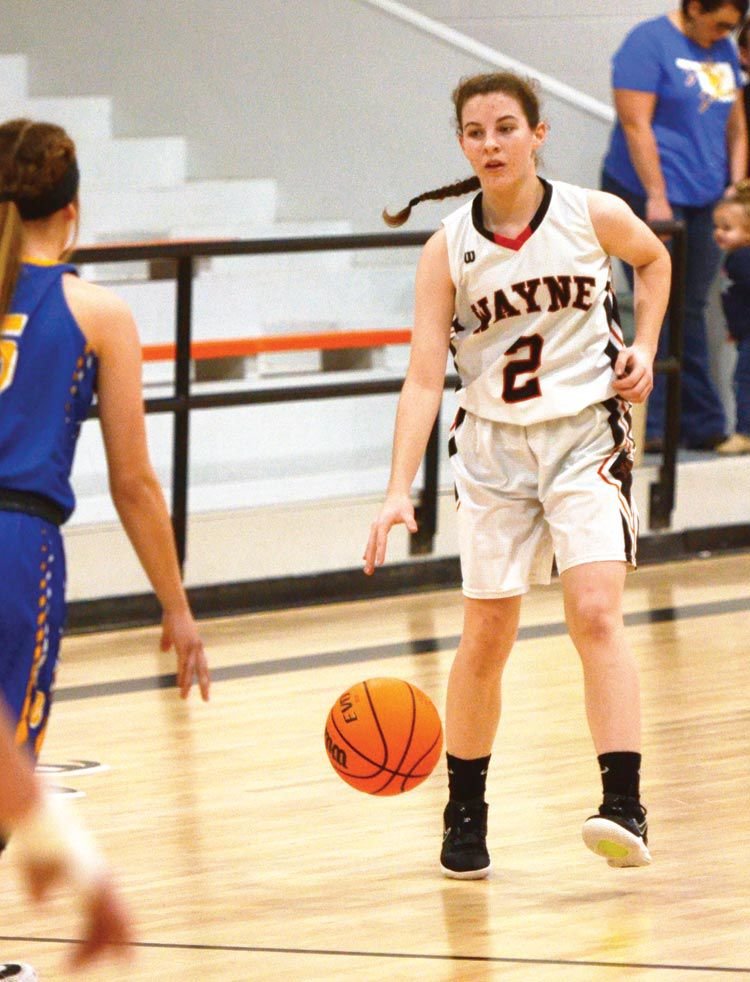 Kaylee Madden sizes up a Dibble defender during Wayne’s 50-36 win over the Demons. Madden scored nine points in the win. 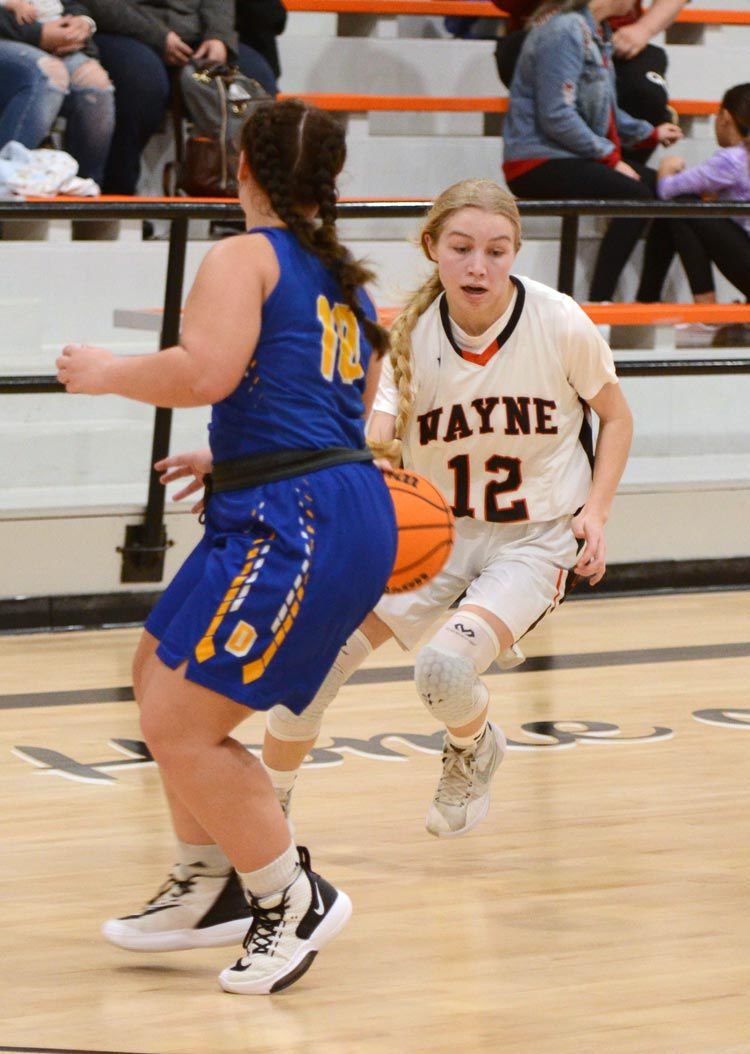 Allie Walck drives by a Dibble defender during Wayne’s 50-36 win over the Demons. Walck scored four points in the game. 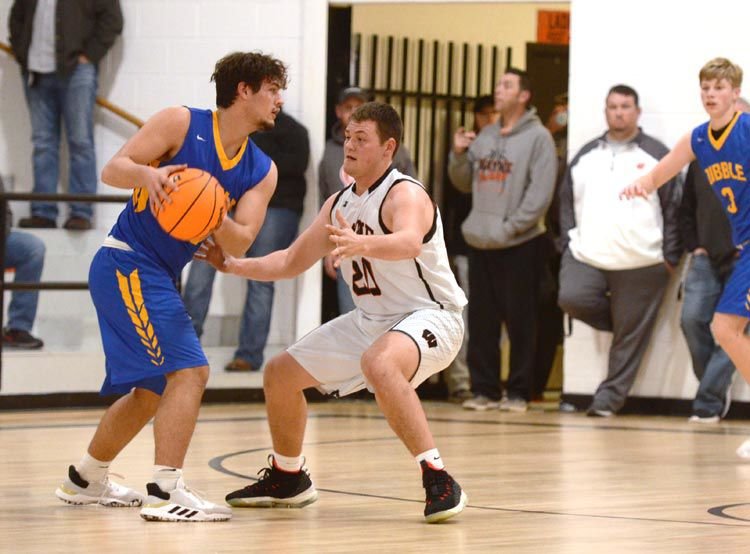 Brannon Lewelling defends a Dibble player on the perimeter during Wayne’s game against the Demons. Lewelling scored five points in the game. Wayne fell 46-36.

Last week the Lady Bulldogs added a tally to the win column when they bested the Dibble Lady Demons 50-36 on Tuesday night.

According to head coach Josh Trent, his girls started the game slow, but figured it out to put together the win.

“I think our off week kind of hurt both teams. But, as always, the effort and hard work is there. I think we will get it going and finish the season well,” Trent said.

The Lady Bulldogs jumped out on top in the first stanza 10-6, but CCS turned it on for 18 in the second to take the lead for good.

“The girls played well early, but the turnover bug bit us in the end,” Trent said.

Once again Martinez led the team in scoring. She scorched the nets for 16. Haiden Parker joined her in double figures with ten points.

The Lady Bulldogs were scheduled to host Wynnewood Tuesday and Maud on Friday.

Josh Trent and his Bulldogs came up short in both contests last week, falling to Dibble on Tuesday, 46-36, and CCS on Friday, 66-21.

In their game with the Demons both teams were knotted at seven-all after the first quarter.

However, Dibble jumped out in front to hold a four point, 23-19 lead going into the break.

Wayne nearly erased that lead in the third, coming within one. But, Dibble heated up in the final quarter to solidfy their win.

“The boys played hard but just couldn’t find the bottom of the net,” Trent said.

Friday night, on the road at CCS, Wayne was overmatched with the Royals in a 66-21 loss.

“We just never got the chance to really get started. CCS is a really good team,” Trent said.

The Bulldogs host Wynnewood on Tuesday and Maud on Friday.