Dragons only 3A school in tourney filled with 4A, 5A teams 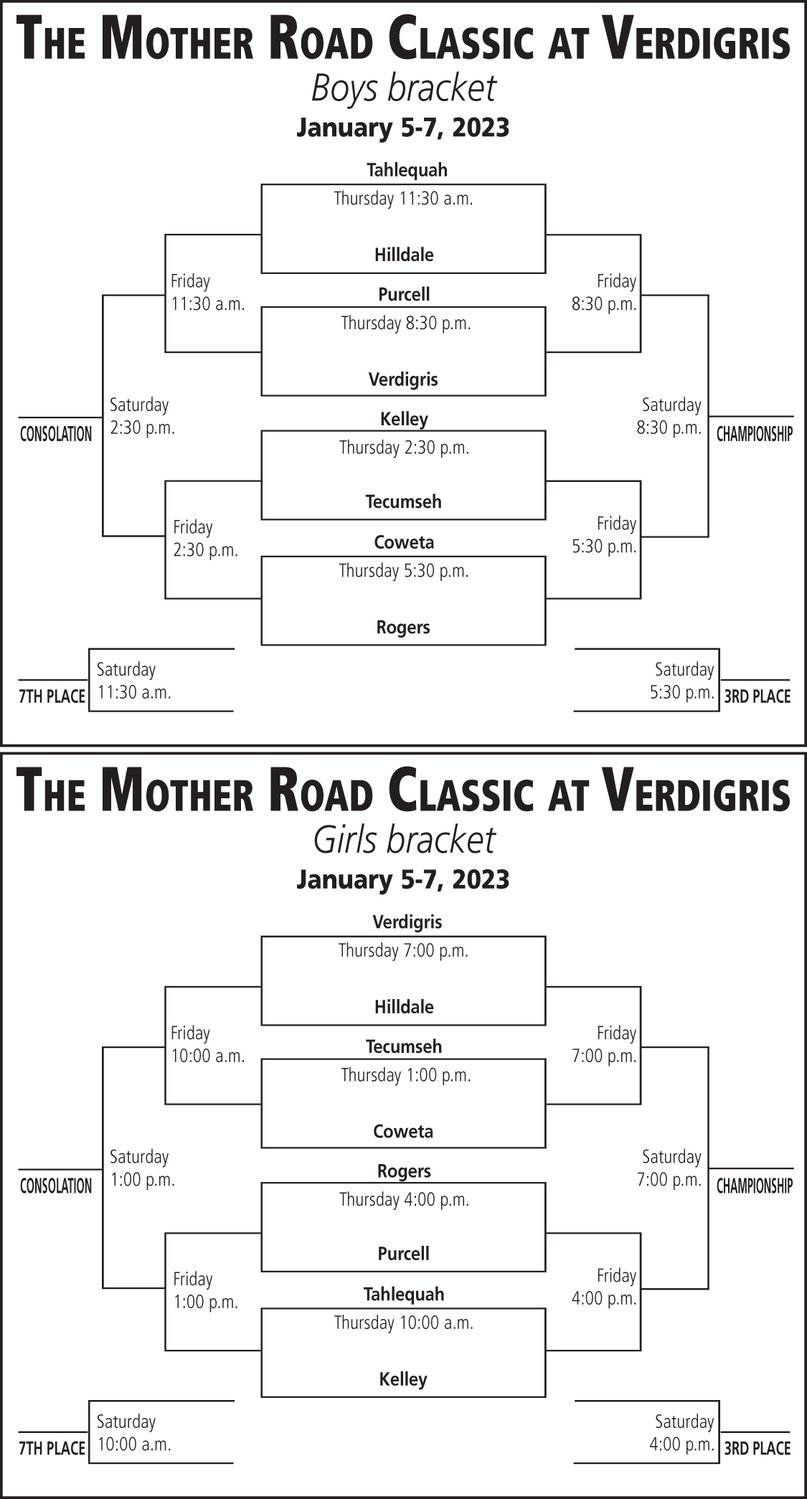 Purcell heads to the ultra competitive Verdigris Tournament this Thursday through Saturday.

On the boys side of the bracket are three ranked 5A teams in Tahlequah, Coweta and Bishop Kelly.

Another 5A team in the field is Will Rogers with 4A teams from Tecumseh, Verdigris and Hilldale with Purcell the only 3A team in the tournament.

Purcell and the host Verdigris Cardinals close out the first day of the tournament tipping off at 8:30 p.m. tonight (Thursday).

“We will have a great opportunity to see many styles of play and types of players who we believe will help us later in the playoffs,” head coach Roger Raper said.

“We hope to compete and to get better each day,” Raper continued. “January will be a great month of very challenging basketball for our team and we look forward to seeing where we stand.”

The No. 2 ranked Dragons were 6-0 heading into Tuesday’s home game with Bridge Creek at The Reimer Center to kick off the second half of the cage season.

“We are excited to get back to a normal schedule,” Raper said. “We had a great finish to the first semester and the second semester starts off very tough.”

Toney Cooper’s No. 11 ranked girls had a 5-1 record going into the Bridge Creek contest Tuesday.

Tahlequah, Will Rogers, Bishop Kelly and Coweta are all ranked in 5A in the girls bracket of the tournament while Verdigris and Tecumseh are both ranked in 4A.

Purcell opens the tournament today (Thursday) at 4 p.m. against 5A No. 4 Will Rogers.

“I’m excited for the girls to participate in this tournament,” Cooper said. “It will be a great challenge for us and help us as we get ready for the second half of the season.

“Will Rogers is undefeated and currently ranked 4th in 5A,” Cooper continued. “They are athletic and aggressive so it’ll definitely be a challenge.

“The tournament field is solid. Regardless of the outcome our team will get good experiences facing such highly skilled teams. That will bode well for us as we head into the heart of our schedule,” he concluded.