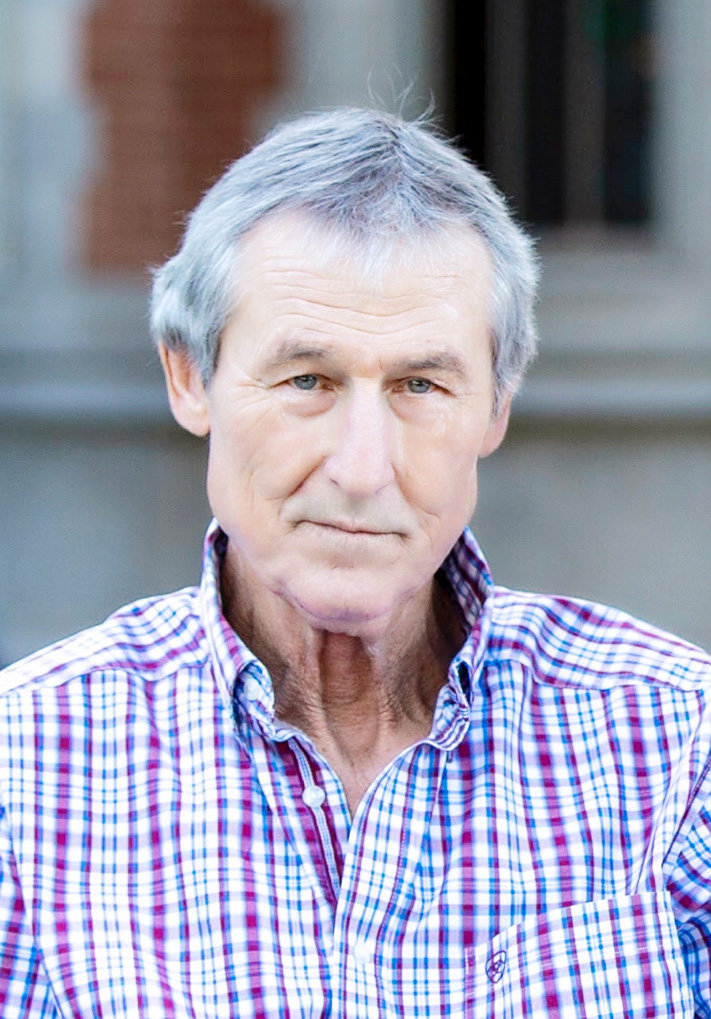 After surviving cancer, kidney failure, two heart attacks and five gastrointestinal bleeds, Larry B. Collins, 68, died January 16, 2022 in Norman. Larry, eager to be with his Heavenly Father after four years of battling health issues, passed away surrounded by the love of his devoted children.

Larry was born in Purcell on July 19, 1953 to L.B. and Patty Collins. The lifelong Washington resident grew up on a farm and never wanted to live anywhere else. In fact, Larry knew how to drive a tractor before he knew how to drive a car. His father gave him his first tractor driving lesson at just seven years old.

With Larry in the driver’s seat and L.B. standing on the back hitch, he began plowing a small pasture. After a couple of trips around, Larry glanced behind him and saw that L.B. was gone. Despite the fear in his gut, Larry kept going and finished the chore before dinner. Thus began a nearly 40-year farming partnership between father and son. In addition to farming, Larry owned and operated the Washington Cotton Gin for many years as well as a dairy barn.

One of the traits Larry was most known for was his willingness to help others. Nearly all who knew him have such a story to tell. If rain was coming Larry would race to help a neighbor get his hay in the barn. He routinely shared his tractors and other farming equipment with fellow farmers. Larry’s family could always count on him in times of need. If he could help, he did so without hesitation.

Larry had two children with his first wife, Debbie Collins. They will remember their dad as hard-working, stubborn, kind, infuriating, determined, selfless, brave, strong and loving. Their favorite memories of Larry include his elaborate telling of bedtime stories, their annual family treks to cut down a Christmas tree from the pasture and seeing his face light up when he was around his grandchildren. They’ll also never forget his frequent use of the biblical phrase, “love one another,” which was typically uttered when the siblings were in the middle of an argument.

Larry loved watching westerns at maximum volume, collecting hordes of items with little to no value, eating entire tubs of homemade banana ice cream, and slender women, although he could never find one to “mind” him as he always dreamed. Larry’s dislikes included sweet cornbread, chicken of any kind, and any cell phone that wasn’t the Motorola V60 flip phone released in 2002.

Larry was greeted at the Heavenly Gates by his parents, L.B. and Patty Collins; his brother, Jamathew Collins; and his sister, Betty Joyce Shore.

A graveside only memorial service will be held at 2 p.m. on Monday, January 24, 2022 at the Washington Cemetery.

In lieu of flowers, the family prefers memorial donations be made in Larry’s name to Norman Regional Health Foundation for lifesaving cardiology equipment. Donations can be made online at nrhfoundation.org.

The family wishes to extend its heartfelt gratitude to the wonderful staffs at Norman Regional Health System and OU Stephenson Cancer Center. They will be forever grateful for the precious time with Larry that would not have been possible without the dedicated hospital heroes who saved his life again and again.