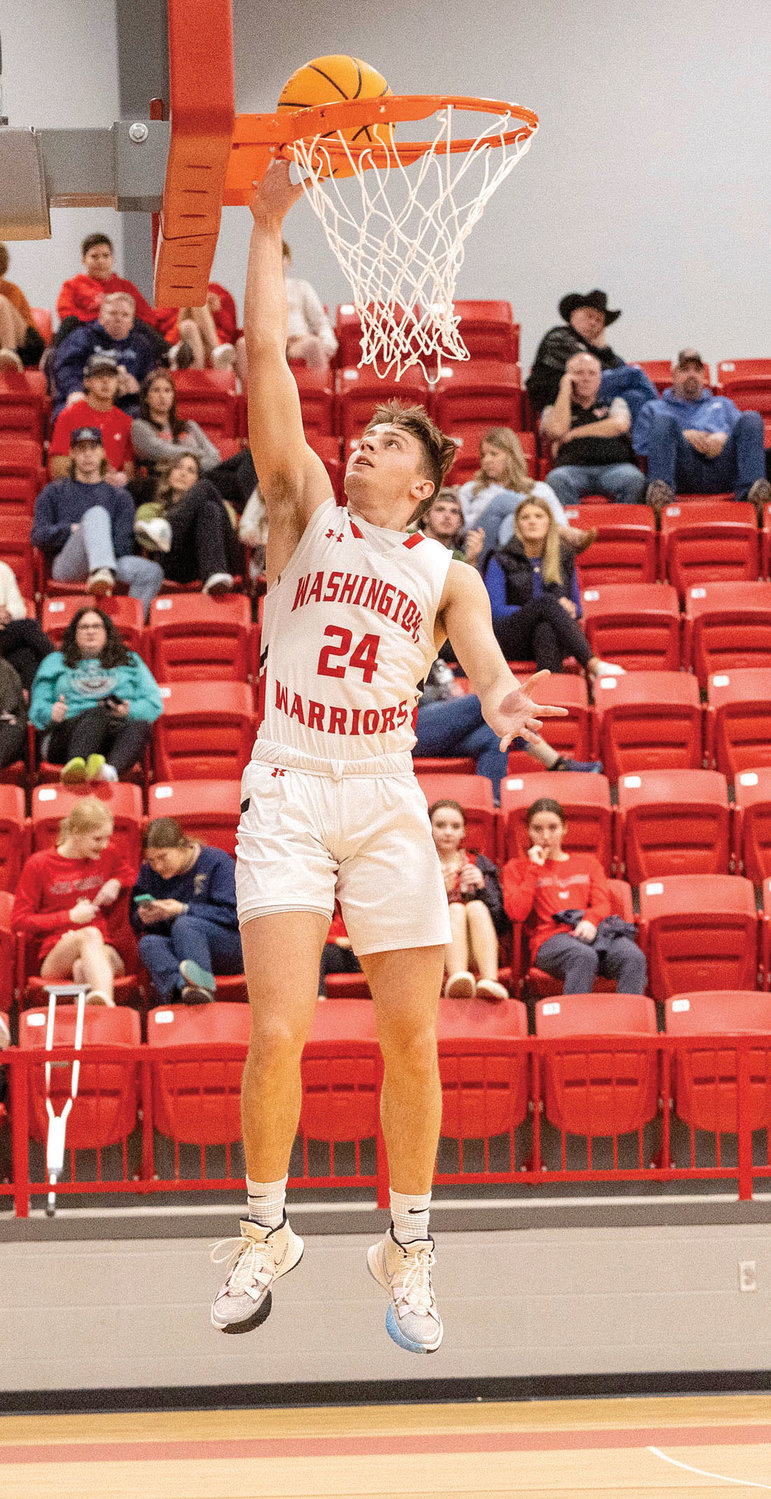 Washington senior Hayden Hicks drops in a layup during the Warriors’ 58-56 win over Pauls Valley in their first game back from Christmas break.
Greg Gaston - double g images 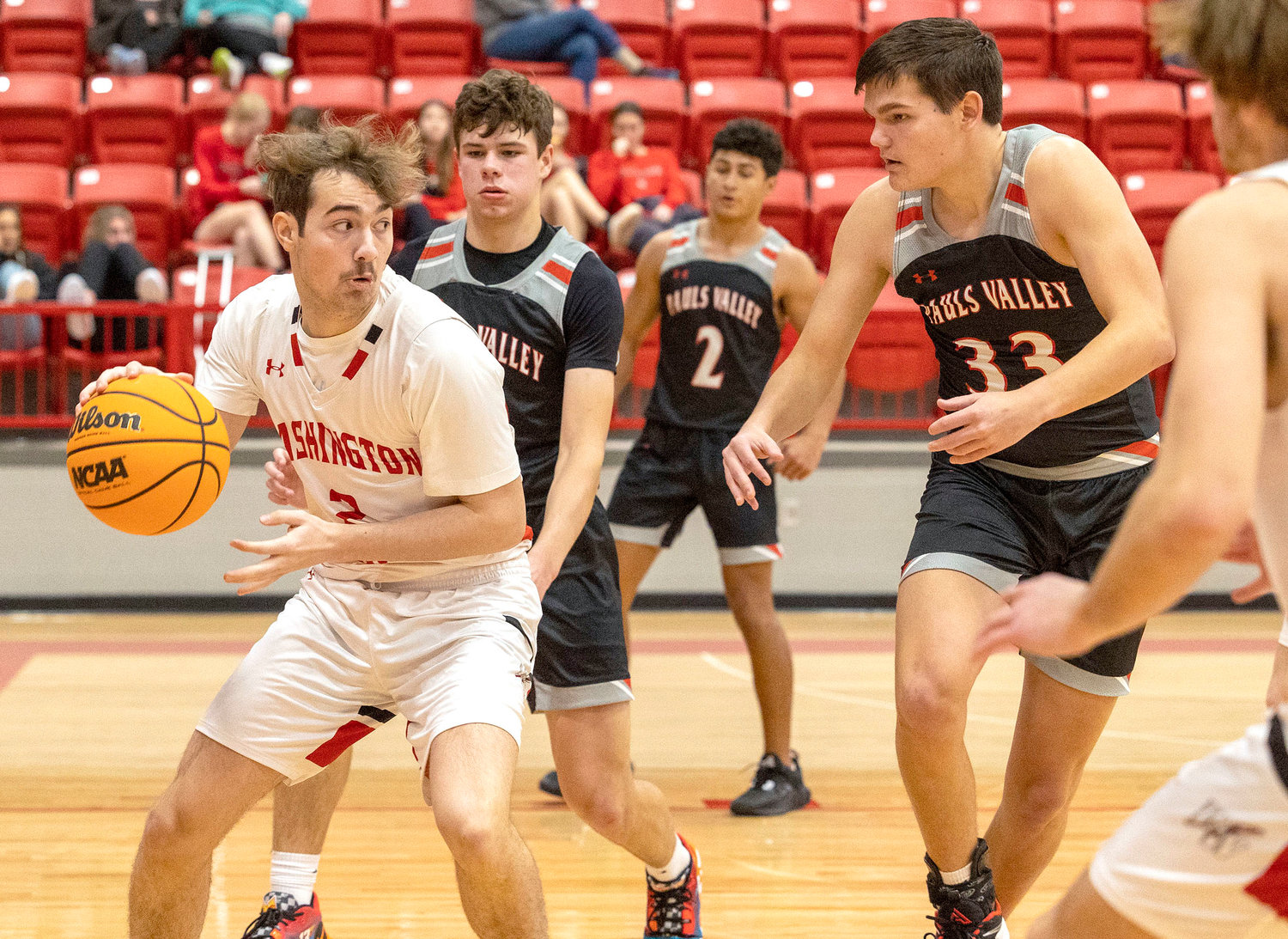 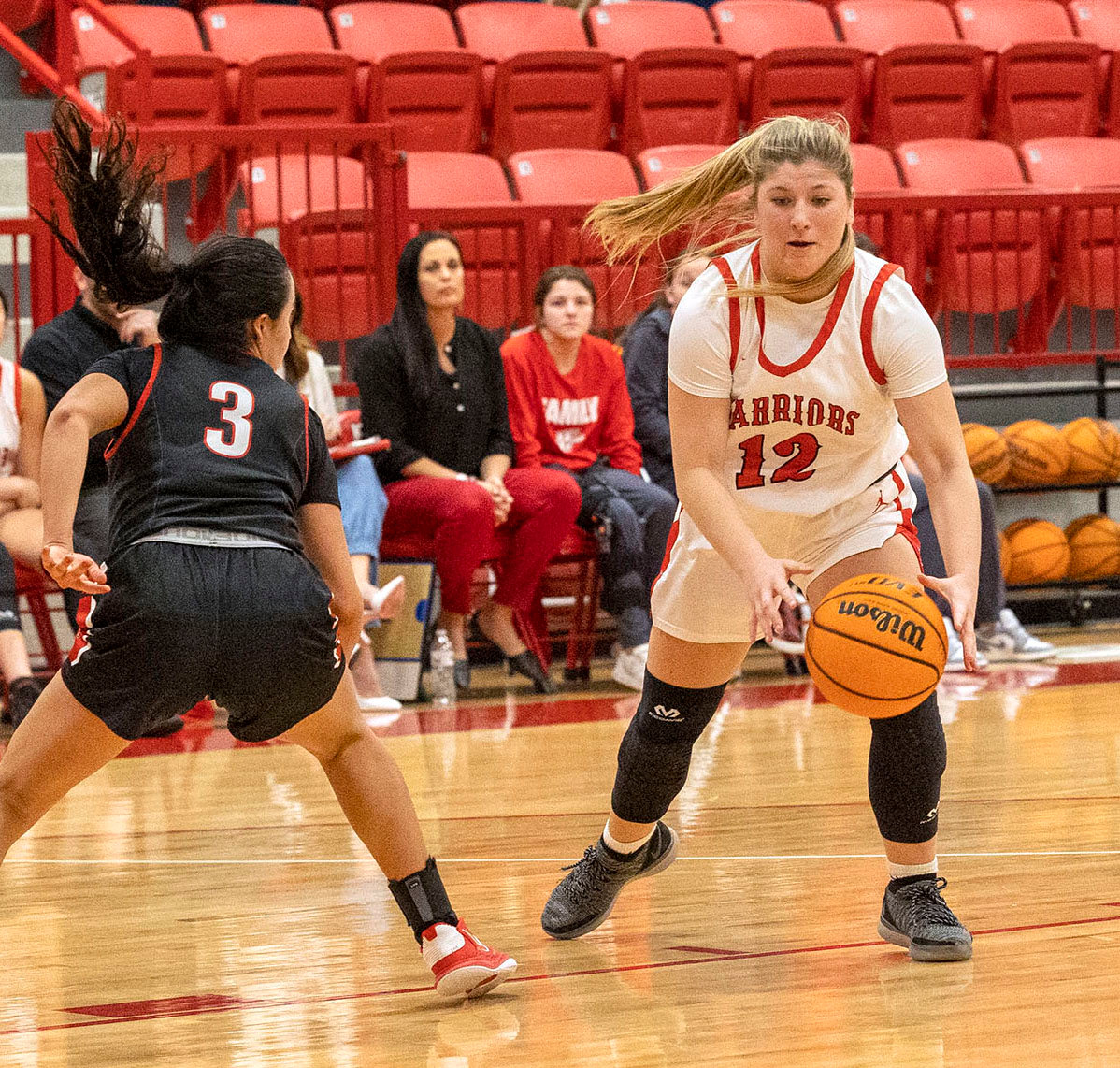 Washington senior Kyndall Wells dribbles to make a move to the paint during the Warriors’ 50-31 win over Pauls Valley. The Warriors followed up that win with three more to claim the championship at the Konawa basketball tournament.
Greg Gaston - double g images
Previous Next
Posted Thursday, January 12, 2023 9:00 am
John Denny Montgomery

They got 16 points from Breanna Lindert, 13 points from Preslee Johnson and 12 from Kelby Beller in the win.

First-year Washington head coach Kale Simon said his team overcame some obstacles on the way to winning the tournament.

Washington opened the tournament with a 76-22 win over Star Spencer.

A 26-0 opening quarter put the game on ice early. They led by 33 at halftime.

“Defensively we haven’t forced as many turnovers and we have had to grind through possessions and it lets us grow on the defensive end,” Simon said. “It’s a good thing to happen to us. It’s getting us out of our comfort zone.”

The semifinals against Class 4A’s North Rock Creek was more competitive than the other games, but had a similar outcome with a 56-41 Warrior win.

The Warriors, now 11-0 and ranked No. 4 in Class 3A, will set their sights on Marlow when the Outlaws visit the Warrior Event Center.

Simon still sees plenty of room for growth in his team as they move forward in the season.

“We need to improve on our small habits in areas that lead to big gains,” he said. “Doing things at a high level is something we’re headed towards. We’re headed in that direction and the girls are doing a good job embracing the grind.”

The Warrior boys picked up two wins in the tournament and claimed third place.

Hayden Hicks blew up with a 25-point outing to lead all scorers.

“We played well in the tournament,” Smith said. Konawa has a young team.”

The Warriors got out to a 25-4 lead to open the game and never looked back.

Washington punched the No. 17 ranked team in Class 4A right in the mouth to start the next game.

The Warriors led 15-7 after the first quarter and had a nine point lead at halftime.

They defeated Harding Charter School 55-53 in the third place game on Saturday in buzzer-beater fashion.

Andrews’ last bucket of the day was maybe his most important as it put the Warriors into the winner’s circle.

He finished with 10 points, while Hicks had 22.

Hicks averaged 24 points a game in the tournament.

It was an encouraging three days for the Warriors, now 7-4 on the season and ranked No. 16 in Class 3A.