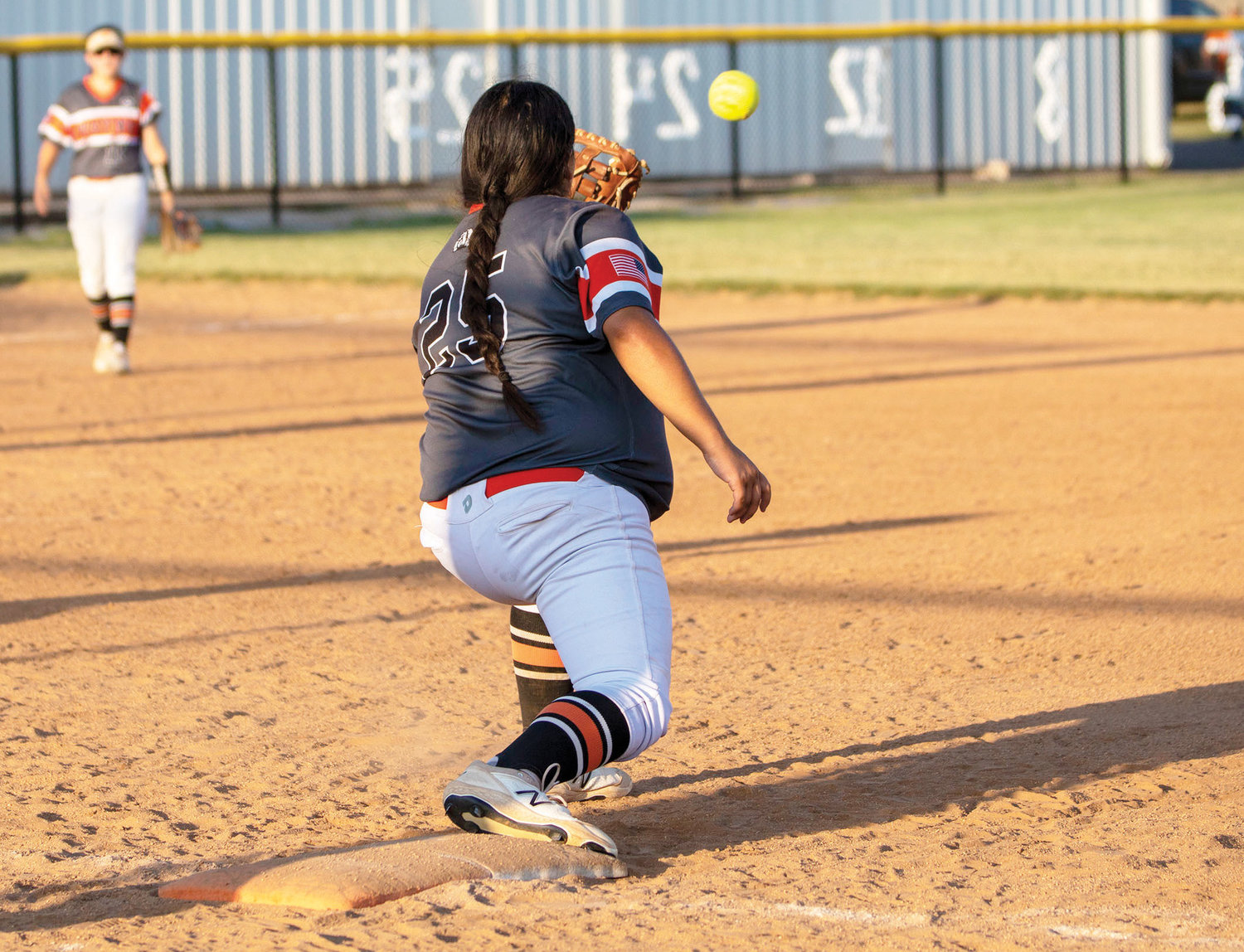 If we play like we can and hit the ball we definitely have a chance to make it out of Districts.”
Charles Durrence, Wayne head coach
Emily Montgomery

District play started Wednesday with Wayne beating Rush Springs in game one, 9-3. The Lady Bulldogs faced Velma-Alma Wednesday afternoon and beat the Lady Comets 6-3. They will face Velma-Alma on Thursday at 2 p.m. for the District championship.

“If we play like we can and hit the ball we definitely have a chance to make it out of Districts.

“Both teams are always good. We have to come in and play the best we can,” head coach Charles Durrence said.

Monday the Lady Bulldogs were in Duncan where they lost to the Lady Demons 3-1.

According to the coach, scoring opportunities were there, but the Lady Bulldogs were unable to capitalize.

“Duncan has a really good pitcher. We played well and had opportunities but couldn’t take advantage,” Durrence said.

In their final few games before District play, Wayne hosted Ninnekah and Rush Springs last Tuesday and won both games 4-2.

Kaylee Madden was the leader at the plate with three hits in the Ninnekah game and one hit and three ribbies in the win over Rush Springs.

Brazell was in the circle for both wins. She fanned seven batters and gave up just four runs through two games.